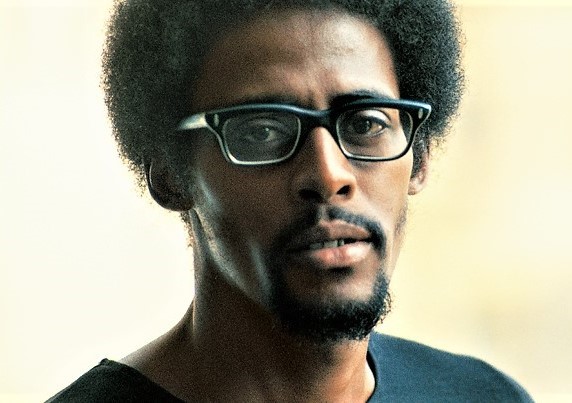 On November 1, 1998, NBC-TV premiered The Temptations miniseries for two nights where we were transported back to the golden era of Hitsville U.S.A., Motown. The film had a stellar cast of African-American actors, and for many, the standout performer was actor Leon Robinson. He flawlessly portrayed the sexy, chocolate, 6’3″ tenor and smooth performer, Temptations member, David Ruffin. We all loved him in his sharkskin, slim-fitted suits, and black tortoiseshell glasses. David was the original “bad boy” of Motown. 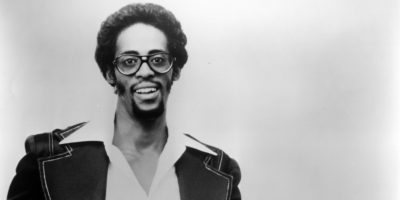 David Eli Ruffin was born on January 18, 1941, in Whynot, Mississippi to parents Elias, a Baptist minister, and mother Ophelia, who passed away ten months after he was born. He was the third of four children. David’s father, who was violent and abusive, tied the knot for a second time a year after his first wife’s death. He married Earline, a schoolteacher. David and his siblings traveled as a family gospel group, where they opened for such acts as Mahalia Jackson, and The Blind Boys of Mississippi. He also sang in the church choir and hit local talent shows.

At the age of 14, David decided to leave home under the guardianship of Minister Eddie Bush and his wife Dorothy and moved to Memphis, Tennessee with the couple in hopes of pursuing a career in ministry. David traveled and continued to perform at various venues and eventually, he became a member of both The Dixie Nightingales and The Soul Stirrers. After some of his singing idols like Sam Cooke and Jackie Wilson had left gospel music and gone secular, Ruffin also turned in that direction. By the age of 16, he followed Minister Eddie Bush again, and this time, he wound up in Detroit where his brother Jimmy was also pursuing a singing career while working at the Ford Motor plant.  In the Motor City, David recorded and released the records, You and I and Believe Me under the name “Little David Bush,” using the last name of his guardian.

In 1957, David met Berry Gordy, Jr. who was arduously working on forming his own label. David went to live with Berry’s father, Pops, a contractor. The men did construction work on the building that would become Hitsville U.S.A., the headquarters for Gordy’s Tamla Records (later Motown Records) label. After completion of the building, Jimmy Ruffin was signed to Tamla’s Miracle Records label as an artist.

David went to work as an apprentice at Anna Records alongside singer Marvin Gaye. He also worked as a vocalist and drummer for The Voice Masters, a doo-wop group where he recorded two songs with member, Lamont Dozier of the famed Holland-Dozier-Holland songwriting/producing team. The group also featured future Temptation member, Melvin Franklin.

Jimmy, who went on to have a successful singing career, actually introduced his brother to The Temptations because he had previously traveled with them on the famed “Motortown Revue.” Jimmy told David that the group needed someone to sing tenor. David showed an interest in joining The Temptations to group member Otis Williams, whom he lived close to in Detroit. In January 1964, David became a member of The Temptations after founding member Elbridge “Al” Bryant was fired from the group. The group welcomed David after he wowed them with his stage performance skills.

As the group’s success grew, so did David’s ego. The year 1967 brought about a few unwelcomed changes to the R&B well-oiled quintet machine. David started to miss rehearsals and performances. He argued that the group’s name needed to be changed to “David Ruffin and The Temptations.” David’s cocaine use began to swell his head even more so. The bespectacled crooner would become volatile and lash out at his group members. He no longer wanted to travel with the other Temptations, instead, choosing to ride in a limo with then-girlfriend, songstress Tammi Terrell. The couple met in 1966 at Motown; a romance developed and eventually, they became engaged. Tammi, however, later discovered that David had a wife and three children at home, as well as another side chick.

The core issue of David and Tammi’s tumultuous one-year relationship was his out-of-control roving eye. The pair parted ways after a brutal fight where David reportedly hit Tammi over the head with his motorcycle helmet. There were also rumors that David’s former manager had accused him of hitting Tammi over the head with a hammer, which he denied.

Sadly, Tammi passed away in 1970 from complications of a brain tumor; she was only 24-years-old.

In June 1968, the Temptations agreed that David was spiraling out of control.  He had finally crossed the line when he missed a June 22 Cleveland, Ohio date with the Temptations to instead, attend a performance by his new girlfriend, Barbara Gail Martin (Dean Martin’s daughter). Ruffin was fired from The Temptations on June 27 and replaced by Dennis Edwards, a former member of The Contours who had been a friend of The Temptations.

After getting booted from the group, David would continue to further embarrass them by showing up at concerts, walking on stage unannounced, then performing his hit songs. The audiences would go wild when David appeared, and his showmanship appeal convinced the group to give him another chance. David blew his opportunity to rejoin the group when he arrived late for his highly-anticipated “return show.” He was fired again, and Edwards remained with the group.

In 1968, David filed a suit against Motown seeking a release from his contract, as well as a full accounting of his income. The case was eventually settled, and he remained with Motown to finish off his initial contract. David released his first solo hit, My Whole World Ended (The Moment You Left Me) in 1969. The single reached the U.S. Pop & R&B “Top Ten.” This was followed by the album Feelin Good and his self-titled album David which was recorded in 1970 and 1971 but shelved and not released, until 2004. David’s final Top Ten hit was 1975’s Walk Away from Love, produced by Van McCoy, which reached number nine on the Pop chart. It sold over one million copies, and was awarded a gold disc by the R.I.A.A. in February 1976.

After having met his contractual obligations, David finally left Motown in 1977 and went on to record for Warner Bros. releasing two unsuccessful albums. David later signed with RCA Records, and was accompanied by former Temptations bandmate Eddie Kendricks. The two men had rekindled their friendship when Eddie began having issues with The Temptations. Eddie was fired from the famed group because he could no longer keep up his vocal ability after years of constant smoking; a toxic habit the would eventually take his life.

David’s life continued to take a downward turn. In 1982, David was sentenced to six months in a low-security prison in Indiana, for failing to pay taxes during the mid-’70s. In 1986, he pleaded no contest to a charge of receiving and concealing stolen property worth less than $100 and was fined $50, plus $100 in court costs. The charges of assault and battery and receiving stolen property worth more than $100 were eventually dropped. A 1987 cocaine arrest landed David in jail for repeated parole violations.

Unfortunately, David was never really able to let go of his drug demons.

After a successful month-long tour of England with Eddie and Edwards, Ruffin died on June 1, 1991, in a Philadelphia, Pennsylvania, hospital of “an adverse reaction to drugs.”

He was only 50-years-old at the time of his death.

The authorities ruled David’s passing an accident.  However, David’s family and friends suspected foul play, claiming that a money belt containing the proceeds from a tour ($300,000) was missing from his body. He had just finished recording the single Hurt the One You Love for Motorcity Records. 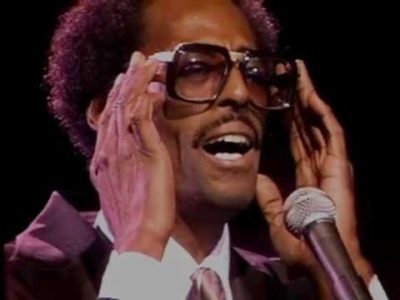 In The Temptations television miniseries, David’s beaten body is thrown from a moving car in front of a hospital, where he dies. The miniseries also stated that David’s body remained unclaimed in a morgue for a week. The Ruffin estate sued NBC for defamation; they lost. The Ruffin children also claimed they identified the body within a few short days and not a week as was widely reported.

The truth regarding David’s death is that he passed out after smoking crack at a house in West Philly. According to authorities, David and another occupant of the house reportedly shared ten vials of crack in less than a half hour, which is an enormous intake. David was driven in a stretch limo to the emergency-room entrance at Philadelphia’s University of Pennsylvania Hospital. When attendants looked inside the vehicle, they saw a tall, gaunt Black man slumped unconscious in the back seat with no identification and $53 in his pockets. He died an hour later.

The death of one of Motown’s greatest singers shocked and saddened the entire world.  I am reminded of the 1983 box office hit film, The Big Chill, when the reunited classmates all danced and sang along to The Temptation’s Ain’t too Proud to Beg where David is singing lead; this scene was a testament to the crooner’s enduring and crossover appeal. The great Martha Reeves summed it up best when she stated about her friend…“No one could sing better than David Ruffin!” Sexy balladeer, Marvin Gaye, once referred to David as “a monster singer,” even admitting that David’s voice had a power, his own lacked. 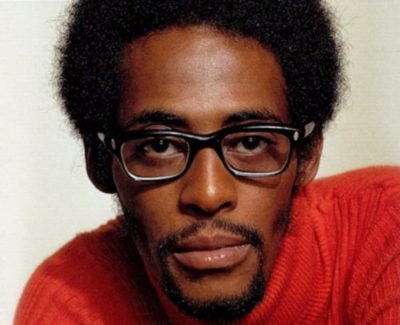 There isn’t a voice or style that can duplicate the magical soul formula that David Ruffin possessed and aren’t we 50-plussers lucky, that we were able to come to know and love David’s soulful gift.  And even now, listening to one of David’s recordings still creates an atmosphere of sheer bliss for so many of us.

David, you are forever in our hearts!