Get to Know Us

Over thirty years ago, four young Black women met while working at ESSENCE Magazine.  The sisterfriends stayed in touch throughout the years even as each ventured into furthering career interests at other companies. The accomplished group of editors/writers would oftentimes meet at eateries several times a year to catch up on life.  As time progressed, there was one consistent theme in their conversation which was how one can age gracefully and soulfully in a society that worships youth?  Thus, the inception of 50BOLD.com, where a fabulous sisterpower collective decided to answer the aging question themselves through information designed to inform, inspire, and empower African Americans age 50 and over.

Ruth Manuel-Logan is 50BOLD’s editor in chief. A seasoned writer, Ruth’s articles have run the gamut and have appeared in such print and online publications as Harper’s Bazaar, ESSENCE, News One, MODE, Reality Tea, AdWeek, Woman’s Day, Better Homes and Gardens and Parents.com to name a few.  On the flip side, Ruth also loves cars and is known as the Car Chick. She has also written automotive reviews for a slew of industrial publications.  Be on the lookout for an interesting mixed bag of features coming your way from her.

Angela Kinamore is 50BOLD’s poetry and features editor. She is a writer whose articles have appeared in such publications as ESSENCE Magazine and African Voices.  Angela is the author of the chapbook CROSSROADS and co-author of the poetry book THREE WOMEN BLACK (Guild Press, MN).  A gifted poet who has conducted various readings and workshops throughout the country, Angela is currently completing a poetry collection and science fiction novel entitled Rise of the Zakadarian Warriors. 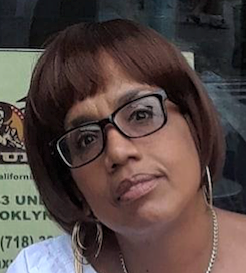 Judyth Watson-Remy is 50BOLD’s entertainment throwback and good stuff. Judy is also a writer whose articles have appeared in ESSENCE, MODE, Sister2Sister, and many other magazines. In addition, as our resident photographer, Judy has a great eye for capturing riveting picture moments. She also literally devours books and is enamored with the arts which ALL boils down to good stuff! 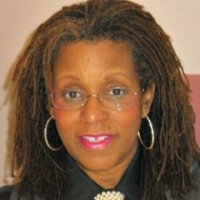 Karen Halliburton is 50BOLD’s features and sex editor. Karen’s articles have graced the pages of ESSENCE, Mirabella, Heart & Soul, Chocolate Singles, Sister2Sister, DIVERSION:  For Physicians at Leisure and other publications.  She is also the author of “You Know” a book of raw poetry with a message.  Passionate about global goings-on as they pertain to our people, Karen is a BOLD sistah who will tell it like it truly is and without any reservations at all!

ABOUT US
Once a month, 50BOLD will inform, inspire and empower you! We want to showcase all of the immeasurable contributions of Black people age 50-plus. 50BOLDers are viable, strong, we're able to take stock of our lives with a clear eye and appreciate where we came from, how we got here, and what we've achieved along the way.  We are also looking to move forward armed with newfound knowledge so that we can continue to fight the good fight because age ain't nothing but a number!
Contact us: 50BOLDers@gmail.com
FOLLOW US
© Copyright 2022 50BOLD.com. All Rights Reserved