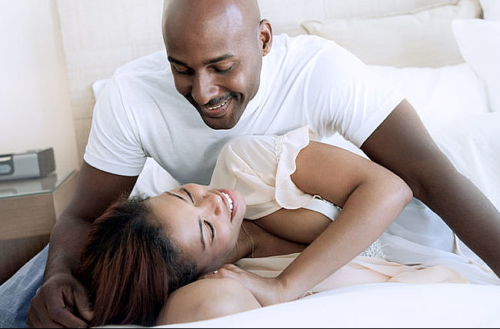 Sex researchers agree that sex is healthy and can actually rid you of chronic aches and pains, get your heart pumping, and give you a high like no other (yes, even for us seasoned folks)! But besides the obvious, there are lots of additional health benefits that you might not have known about, so here goes…

Semen is loaded with good stuff

Before you scrunch up your face, consider this…. Semen is made up of different components; 80 percent of it is water. It also has amino acids, protein, sugars, zinc, calcium, Vitamin C, and other nutrients. Word to the wise, semen can also carry STDs so make sure your partner is healthy! Urban legends claim semen is an effective tooth whitener because of its high zinc levels. Semen might also have antidepressant properties when ingested or absorbed into the vagina. It contains chemicals known to increase affection and elevate mood. It even contains a natural sleeping aid. Choosing to ingest a partner’s ejaculate or not is a preference, and if there is a desire to do so, the experience can be mutually sexy and satisfying.

If you ejaculate frequently, your risk of getting prostate cancer may be reduced. How often is frequent? A study at Harvard Medical School says 21 times a month. A similar Australian study points to seven times a week. It’s only an effective preventative measure in men age 50 and older. Clinicians can’t figure out why frequent ejaculation might provide protection against prostate cancer. One theory is that ejaculation helps the prostate gland get rid of cancer-causing materials, infection, and matter that can cause inflammation.

Kinky sex gets your crazed emotions in check

If you tend to be neurotic and anxious, having kinky sex is just what you need to calm down. A study published in The Journal of Sexual Medicine found that folks who engage in kinky sex were more open, and secure in their love relationships and were less stressed, anxious, and neurotic than those who were more sexually strait-laced. According to the scientists, kinky folks are also better talkers and don’t let psychological stress get the best of them.

Trying new sex positions will not only add more fun to your bedroom repertoire but more orgasms and an exercise workout to boot according to the U.S. National Survey of Sexual Health. The next time you lie in bed with your partner, suggest some new sexual positions you haven’t tried in years, or ever, to kick things up a sexy notch.

You don’t have to get into sexual acrobatics but rather try a few comfortable positions. There are a number of sexual positions that also double as exercise because you wind up working your core and boosting your cardiovascular health. And speaking of cardiovascular health, during one study, men who had sex at least twice a week were half as likely to die of heart disease as men who had sex rarely.

Orgasms can block leg, back, and headache pain

Before reaching for the Motrin, try releasing leg, back, and headache pain through orgasm. “Orgasm can block pain,” says Barry R. Komisaruk, Ph.D., a distinguished service professor at Rutgers, the State University of New Jersey. It releases a hormone that helps raise your pain threshold. Stimulation without orgasm can also do the trick. “We’ve found that vaginal stimulation can block chronic back and leg pain, and many women have told us that genital self-stimulation can reduce menstrual cramps, arthritic pain, and in some cases even headache,” Komisaruk says.

Now that you know what’s in store for you healthwise, get your freak on!