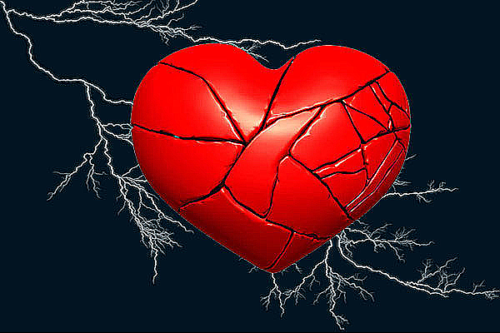 Unfortunately, as far as relationships go, African Americans are not so lucky in love, according to various studies. A Smith College study even went as far as to state that ‘sometimes love ain’t enough’ to sustain relationships in the African American community. Government stats also paint a pretty bleak picture of Black love’s staying power.

Breakups are never easy, even at our age; chances are, you’ve been through at least a few of them. Parting ways after a love relationship is different case-by-case because there are no set rules. Sometimes it is helpful to know what you should NOT be doing when you lose someone you really care about.

1. Don’t beg! If begging someone to come back to you worked, then breakups would be few and far between. Pleading with someone or resorting to pity to try and get your lover back will only make you look needy and insecure. No one is attracted to a person who is weak and miserable. Whether you know it or not, you are giving away some of your power, and your lover may eventually wield that power against YOU! Keep your dignity and power intact by stepping back and respecting your mate’s decision to leave. Remember that if a person is forced to stay, they might eventually resent you.

2. Stop blaming yourself. After a breakup, you might be blaming yourself for what went wrong in your relationship. Stop it! The process of self-blame could go on endlessly if you let it. Why not look at the breakup as two incompatible folks with conflicting needs, so no one was at fault. One of the most significant issues in love relationships is the inability to communicate and negotiate needs. No one enters a genuine relationship to make it fail or to hurt another person.

3. Don’t seek revenge. If you were wronged, it’s natural to want to seek revenge on the person who did the deed. However, in the end, it will only make you look pitiful and weak. Ask yourself, “Is revenge consistent with who I want to be? How will this end up serving me in the future?” Chances are that will revenge will just leave you feeling shame and remorse.

4. Avoid bad coping strategies. After a breakup, some folks may resort to engaging in self-destructive behaviors like drinking too much alcohol, overeating, self-harm, or even doing drugs to stop the pain of a breakup. The behaviors will only hurt you and not the other person. Find different healthier ways to cope, like socializing with a circle of supportive folks. Find a hobby that will interest you. Travel to places that you might not have gone to with your ex. Hit the gym. Take a course at a local college. Busy yourself so that your focus is on becoming a better you!

5. Don’t start dating soon after a breakup. Getting back into the dating scene too soon after a breakup is not the best route. You must give yourself time to let the breakup sink in so that you can learn from the experience or mourn its end. You are not mourning a person’s life, but you’re mourning part of your own life that is now not there. So, take a deep breath, process what happened, and reflect on how you can learn and grow from the experience.

6. Don’t stalk your ex. It is normal to be curious about your ex’s life after you part ways, but checking up on him/her becomes a problem if it turns into an obsession. According to dating experts, it is best to delete your ex’s number, texts, and emails and block, unfriend, and unfollow them on social media. You do not want to be tempted to check up on your ex or accidentally be reminded of them when scrolling through your social media pages.

7. Don’t idealize your ex. It’s a natural reaction to put your ex on a pedestal after a breakup, thinking they were the best thing that ever walked the face of the earth. But trust and believe, they aren’t perfect (and neither are you). Hyper-focusing on their good qualities while ignoring the negative ones will only reinforce the irrational belief that you’ll never find another one like them again!

8. Stop hoping you’ll get back together. You might not! Put the brakes on, waiting for that phone call, email, or text from your ex. Holding on to something that might not happen will only cause you more emotional distress. Relationships end for a reason, and they should end if you want to find your best mate.