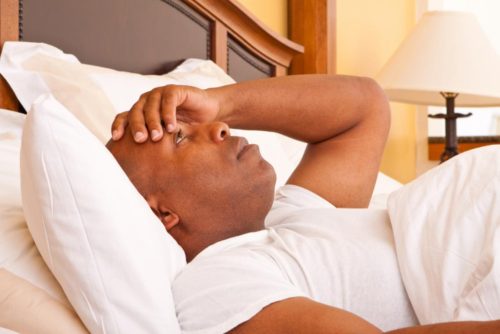 It can be torturous when you desperately want to sleep and simply cannot. Someone with insomnia feels as if they are the only person in the world who isn’t getting sound sleep. These individuals toss and turn, wide-eyed, during the wee hours of the morning, unable to close their eyes and become one with Mr. Sandman. Between 40% to 60% of folks over the age of 60 have insomnia and women are twice as likely as men to suffer from it.

African Americans, in particular, suffer from a sleep gap. Fewer Black people are able to sleep for the recommended six to nine nightly hours than any other ethnic group in the United States. Poor sleep has cascading effects on racial health disparities, including increased risk of diabetes and cardiovascular disease.

Sobering facts underscore why sleep enhancing remedies are so necessary for the health and well-being of people who are desperately seeking to just get a little shut-eye! Sure a doctor can prescribe one of many sleep meds for those who are sleep deprived but why not try the home remedy route first? Here are few tried and true recommendations for those who are struggling with the lack of sleep: