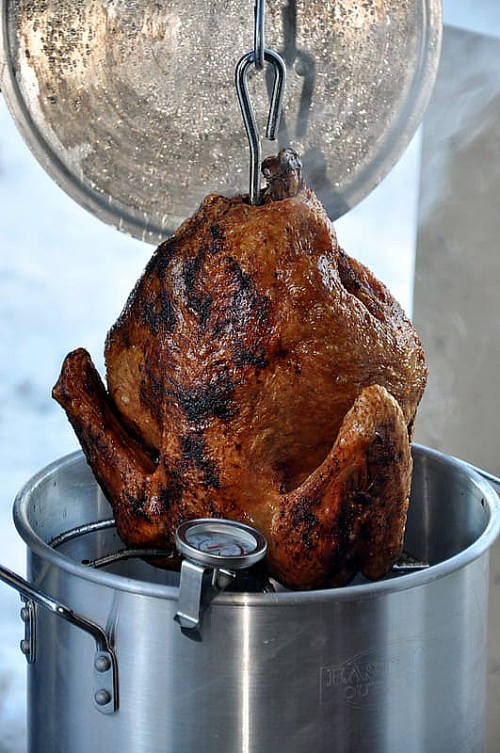 It seems deep-fried turkeys are a holiday must these days. Believe it or not, the one-pot cooking method is not a new culinary sensation. It has been around for eons and got its Louisiana Cajun country roots in the late 80s and 90s.

As more and more folks fry turkeys, especially around Thanksgiving and Christmas, accounts of horrific accidents involving the process have increased as well. Every year deep-fryer fires are responsible for five deaths, 60 injuries, the destruction of 900 homes, and more than $15-million in property damage, according to the National Fire Protection Association.

Tales of houses burning down, serious hot oil burn injuries, and even explosions have occurred involving turkey frying. But if the process is done right and specific safety guidelines are followed, the end result will be a crispy, moist, and scrumptious bird.

Here are a few tips to take note of before you drop your bird in hot oil: