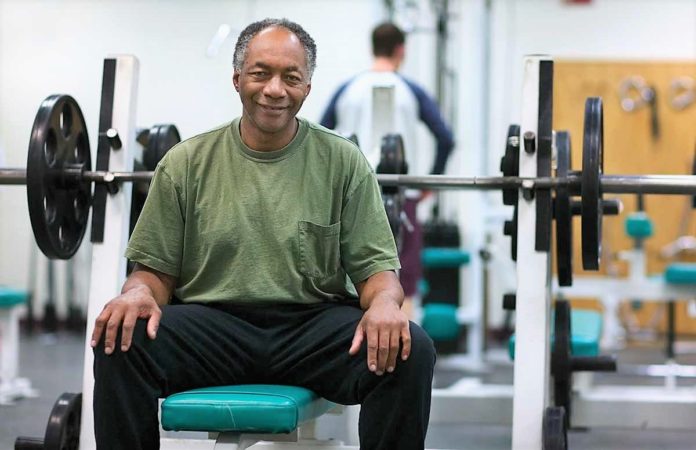 Regular exercise can help you build stronger muscles, stave off chronic illnesses, make you tight in the waist and yes, even cute in the face! Even moderate amounts can actually shave years off your age according to researchers at the University of Birmingham and King’s College London in the UK. However, fewer than 5 percent of seniors follow the recommended guidelines for physical fitness (30 minutes of moderately intense exercise on most days).

The researchers set out to assess the health of older adults who had exercised most of their adult lives to determine if aging can really be slowed down. The study recruited amateur male and female cyclists aged 55 to 79. The men had to be able to cycle 62 miles in under 6.5 hours, while the women had to shoot for 37 miles in 5.5 hours. Smokers, heavy drinkers and those with high blood pressure or other health conditions were excluded from the study.

The participants underwent a series of tests in the laboratory and were compared to a group of adults who do not partake in regular physical activity. This group consisted of 75 healthy people aged 57 to 80 and 55 healthy young adults aged 20 to 36.

The study showed that loss of muscle mass and strength did not occur in those who exercise regularly. The cyclists did not increase their body fat or cholesterol levels with age and the men’s testosterone levels also remained high, suggesting that they may have avoided most of the male menopause. More surprisingly, the study also revealed that the benefits of exercise extend beyond muscle as the cyclists also had immune systems that did not seem to have aged either.

According to Janet Lord, Ph.D., Director of the Institute of Inflammation and Aging at the University of Birmingham, “Hippocrates in 400 BC said that exercise is man’s best medicine, but his message has been lost over time and we are an increasingly sedentary society. However, importantly, our findings debunk the assumption that aging automatically makes us frailer.

The researchers seem to agree that the overall volume of exercise and not necessarily how long or how hard someone exercises in a session, matters most for longevity. It only takes a mere 30 minutes a day of activity to get your heart going and your blood pumping to lower the chances of getting many age-related diseases, and to increase your chances of staying active, productive and most importantly, independent, as you age.

The bottom line is to find an exercise you enjoy in whatever environment that suits you and to make moving, a habit. Here are some activities that will get you in motion (consult your physician before exercising):

If you begin to feel more energized after a couple of weeks of activity, step up your game and consider joining a gym, senior or community center to try one of the exercise classes being offered.

Keep in mind these small changes can really benefit your short and long-term health.