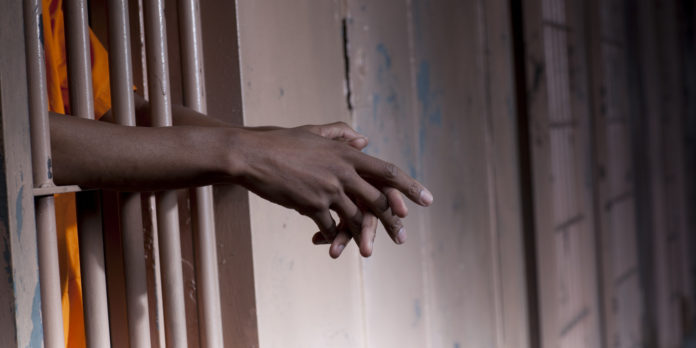 I will never forget the devastation I felt as I sat in the courtroom and heard the judge sentence my son, Calvin Edwards, to a maximum of 30 years in prison. The words he uttered were like an arrow piercing my heart and shattering it into pieces. The scene that took place in the courtroom wasn’t anything at all what I expected or what the lawyer had prepared us for. I felt betrayed all the way around by the so-called justice system. I am by no means condoning my son’s actions. However, the sentence that was handed down was too severe. I found myself asking God...Why? Why so long? As I gazed at my son shaking in his chair, I wanted to scream! I sat there feeling numb, incredulous of what had just taken place. Again, my question to God was…WHY?

My son’s sentencing took place in 2009, just shy of his 30th birthday. Since that time, I have tried to make sense of what happened and have on many a night asked God…Why? How could something so heartwrenching get thrust upon my son and our family? I began to question my role as a mother and to wonder if I was at fault in any way for the hand fate had dealt us.  When I think about all that has taken place over these last eight years, I am still so broken. I have, however, come to learn some truths about my son through his letters, phone calls, and excerpts from a memoir he is currently working on where he has bared all about his childhood. How he, and now I, have regretted not being more versed in the laws of this land.

“I had been charged with two counts of Armed Criminal Action, two counts of 1st Degree Assault, and one count of unlawful use of a weapon, these were the charges that had been brought up against me. If you plead out, the state wants 20-25 years. If you take it to trial, the judge is going to give you 60 years,” this is what my lawyer told me before being introduced to the idea of taking a blind plea. My answer to all the options he presented me with was…No! No, I didn’t want to accept an offer of 20-25 years in exchange for a plea of guilty. No, I didn’t want to take it to trial and receive the 60 years that my lawyer so confidently thought I’d receive. And no, I didn’t want to take a blind plea that I knew nothing about, but then after feeling railroaded, I agreed. Instead of an expected sentencing range of 12, 15, or 18 years, the judge sentenced me to an equivalent of a life sentence which was an entire 30 years. That was not what I had signed up for, not at all…

I had tried to shoot a man who had been threatening to kill me. I had gone after this man and shot his woman by mistake. The man and his two accomplices had robbed me a week before the shooting in front of my mother’s house. My grandmother witnessed the incident. When I received word that the man was “coming for me,” the first thing I thought about was the safety of my mother and grandmother. So instead, I went after this man. On the stand, the man’s girlfriend behaved as if she didn’t know me and kept stating, how she had no idea why I would shoot her. She never once mentioned it was her boyfriend I was after.

As a single mom, my family and I had been through a lot of hard times. We made it through drug situations, abuse, lights turned off and on, little food to eat, no food to eat, living paycheck, to paycheck. We’ve had moments that were terrifying, and times filled with joy and laughter. I had to take a serious look at my actions, the mistakes I made and how they might have shaped our lives.

Before moving to St. Louis, Missouri, we had lived in San Diego. When Calvin was young, I had been in an abusive relationship. I had to move three times to get away from him. Calvin was always very protective of us all.

When I was living a terrifying life because of my abusive partner, that’s when I had turned to drugs but then realized, I would not find answers using or boozing. Once I cleaned myself up, I needed a fresh start, so I left San Diego and moved to St. Louis, so unaware that we would face yet another serious problem.

Calvin must have been about 14 when we made the move. I remember on his second day of school he came home and said, “Momma there are gangs everywhere. If I’m friends with this person, this happens, and if I’m friends with that person, they’d think I’m with that gang. I can’t even make friends.” I remember coming home from work one day, and he was sitting in the dark. He said, “Momma, I’m sorry.” I said, “what?” I looked at him and saw that he had been beaten up. I know my son can fight because he had taken up boxing and even made it into the Golden Gloves. He said, “I joined this gang, Momma, this organization. I’m so sorry, but I don’t know what else to do! I need protection. I have no protection. I don’t have anybody. Everyone I meet they’re either in one gang or the another.” Since he was a youth, Calvin had been in and out of juvenile detention and jail and had gone to prison for the first time at age 24.

During Calvin’s childhood, I wasn’t always there because I had to work two and sometimes three jobs to make ends meet. I tried to, however, keep him active as a youth. I enrolled him in boxing and sports programs, but he always seemed to miss that male figure in his life. Calvin had been through so much and had seen things that I had never even known about. I was just too busy with life to notice. It brings a lump to my throat and tears to my eyes to now know how much of Calvin’s life I had missed out on.

I always wanted to turn a new leaf even when I was getting into trouble at school. I remember when I was 17-years-old and feeling how I wanted to do right, and not commit any more crimes. One day my mother told me we were given 30 days before being kicked out on the streets. Okay, so what would be my recourse? Do I try and find a job? If I do find a job, it might take two or three weeks before I’d even see a paycheck! Not having any other options that would save us from being tossed out, I took to the streets. This is a predicament that a lot of people find themselves in who live in poverty-stricken areas. People are going to do whatever they feel is necessary to survive.

Like many people, I am bothered by the problems we are facing in this country with gangs and that no real solutions are being offered. We go to other countries and fight wars and can’t do anything about the war with gangs right here in our own backyard! I’ve spoken to my son about it, and he’s given me some insight and much to think about.

There needs to be something put in place to help gang members transform themselves, and a lot of people just don’t get this. Gangs are just categorized as violent criminals who are unable to be helped. But a lot of these guys have a lot of good in them, but they hide it for the sake of not being marked as prey in specific settings. Living in areas where there are gangs, drugs, and poverty, many have to subscribe to the survival of the fittest mentality. Many join these gangs not just to be in them, but as a means of survival.

The group that I am a member of now, we stand for love, loyalty, knowledge, wisdom, and understanding. We strive for economic, political, social development, and education for our community. We are, in a sense, rehabilitating ourselves. There is troubled youth who are interested in helping themselves, but many people have washed their hands of them. If society wants these young people to stop gang-banging, what other options/opportunities are being offered to them?  Rehabilitation comes in stages and degrees.

I remember Calvin telling me once, “Momma, I’m right where I need to be because I was becoming someone I didn’t even recognize.” I knew there was a change coming, and that God was not through with him yet.

Over the years, I turned my life over to God and have been clean and sober for 25 years. 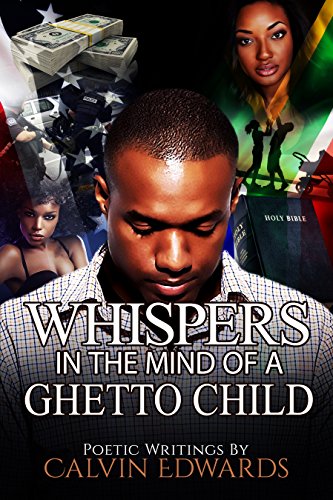 I am extremely remorseful for what I have done that has led to my incarceration. My newfound achievements are now evident in my writing, and in the publishing of my work. My poetry book means a great deal to me. It says that I’m not just a number. I am more than a criminal, more than an offender. I am a human being, and I am a representative of all the other human beings who have been deemed lost causes. There are many of us who have plenty of good to offer society. As my book states, though I may be caged like an animal, it doesn’t mean that I’m destined to act like one.

Looking at my Calvin today I couldn’t be prouder. I marvel at how he strives to better himself with each passing day. Calvin’s poetry book, Whispers in The Mind of a Ghetto Child reveals how he has dealt with the realities of life as they were presented to him. I hope my son’s writings will serve as a source of inspiration to others in so many ways. Perhaps they can open up communication between parents and children. If nothing else, I have learned from this bumpy journey that it’s important for us parents to ask questions and to listen to our children because they’re only ours for such a short time.

To God be the glory!

Uprooted from the womb,

planted in a land of tombs,

castrated by chains and shackles,

Restricted from the house and table,

bathed in tar and gravel,

And after ALL THIS OPPRESSION,

we have yet to be terminated.

Reprinted from the book Whispers in the Mind of a Ghetto Child by Calvin Edwards. First printed in African Voices. Fall/Winter 2017-18 Issue.