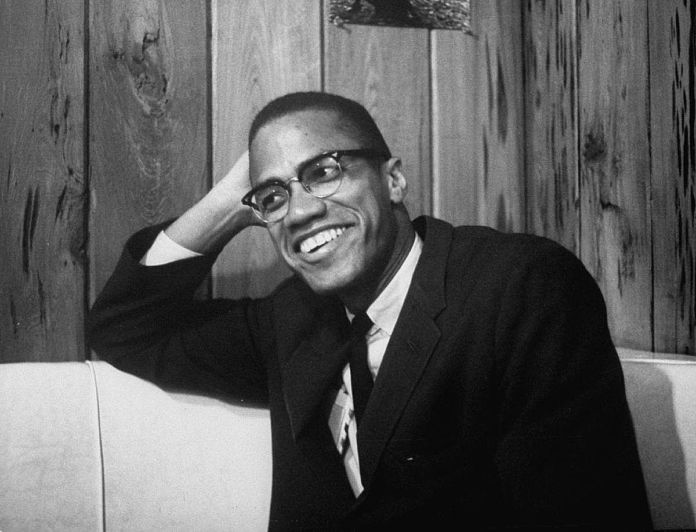 In 1964, acclaimed journalist, lecturer and author, A. Peter Bailey, met a man who would forever change his life, Malcolm X, a fervent champion of the civil rights movement, and outspoken voice of the Muslim faith. Bailey developed a bond with Malcolm that would endure even after the civil rights leader’s assassination in 1965.

Malcolm would have been 94-years-old on May 19th had he lived. In honor of Malcolm’s birthday month, Bailey allowed us to excerpt a chapter from his book, Witnessing Brother Malcolm X: The Master Teacher, A Memoir, where he discusses how he first came to know his friend Malcolm.

In 1962, when I first heard Brother Malcolm speak, I was working as an editorial reference clerk at Time Inc. In late 1963, I met Lynne Shiffett, a very astute black woman around my age (25) who worked for NBC which, like Time Inc., was located in New York City’s renowned Rockefeller Center.

Lynne and I would occasionally eat breakfast or lunch together with the conversation focusing on a variety of issues, including the Civil Rights Movement. One day, in spring 1964, she asked me if I would like to be a founding member of a new Black Nationalist organization that was being formed. That kind of surprised me; I most definitely never imagined that Lynne was a black nationalist. When I said, yes, she responded very mysteriously that she would call me on Saturday morning about where I should report and at what time. When the call came, she told me to go to a motel on 153rd Street and 8th Avenue (now Frederick Douglass Blvd.) in Harlem and to be there by 9 am. The motel to which I was to report was rumored to be a place where one could rent a room for two hours.

Following her instructions, I went to the motel, still having no idea as to what was really happening. When I walked into the motel’s basement-level conference room, I saw several people whom I recognized, most notably, prominent historian John Henrik Clarke. If anyone in the room knew what was happening, that person kept his or her mouth shut.

Shortly after my arrival, through the door walked Brother Malcolm and several other men whom I assumed to be his aides. My first reaction was total astonishment that I had been invited to be a founding member of a new organization headed by Brother Malcolm X. “This is unreal. I was finally meeting the man who for the past year and a half had been educating me sight unseen,” I thought to myself. I was immediately aware that this was a life-changing moment.

It would never have occurred to me that my dining companion was actually a recruiter for Brother Malcolm. Though we spoke about civil rights leaders and activities, I don’t remember anything in that conversation that would lead me to be invited to become a founding member of a new Black Nationalist organization. Unfortunately, I never had an opportunity to ask Lynne what it was that I said which led her to consider me a possible recruit. I will be eternally grateful to her for doing so.

At that and subsequent meetings we discussed and outlined the OAAU’s mission. There would definitely be a strong emphasis on international affairs since Brother Malcolm was not only a Black Nationalist; he was also a Pan-Africanist. It was at those meetings that I had my first opportunity to see Brother Malcolm in a small setting and to witness two of his personal characteristics that I believe explained his great ability to communicate with and connect to people in general and black people in particular.

One of these was his being a very courteous person who treated others with respect. The second was that he truly listened to what others were saying. When watching him as other people spoke, it was obvious that he was really listening, not just to experts such as Dr. Clarke, but also to those such as myself who were basically unknown to anyone other than our families and close friends.

We were asked to select a committee with which we would work. My first choice was the Education Committee. However, when no one volunteered to assume responsibility for putting together a newsletter, I volunteered to do so. Why I did that, I didn’t know then, and I still don’t know, since at the time I had absolutely no experience in journalism, not even on a high school and college publication.

My motivation was probably inspired by having heard Brother Malcolm in several speeches, stress the importance of the gathering and distribution of information. It is not too well known that he was also a journalist, having written columns for a couple of black newspapers and having been the founding editor of Muhammad Speaks, the official publication of the Nation of Islam. “We can’t depend on anyone else,” he told us, “to get our message out the way we want it delivered.”

After we organized the committees, it was determined that the OAAU would be officially introduced to the public at a rally on June 28, 1964. Meanwhile, we quietly, diligently, and enthusiastically prepared for that historic occasion.

© 2013 A. Peter Bailey.  Reprinted from Witnessing Brother Malcolm X: The Master Teacher, A Memoir with permission of author.

The book price is $20.00 plus $2.00 for S&H and to purchase a copy, email author at alfonzop.bailey@gmail.com, include an address and telephone number.