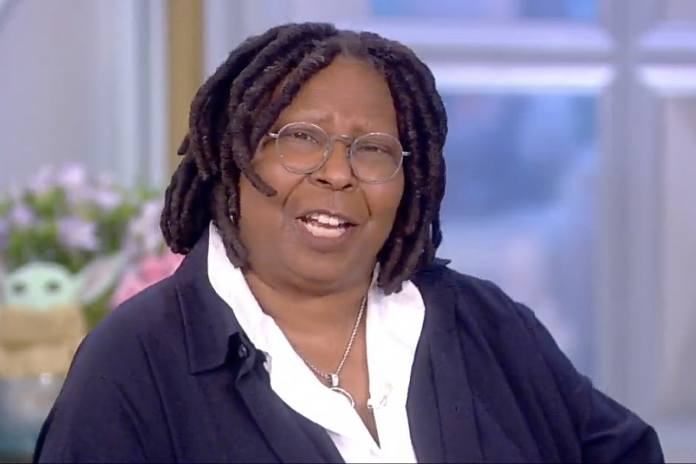 “She’s back!” A close friend emailed me about Whoopi Goldberg’s February 14th return to the popular daytime ABC-TV talk show, The View, after she came under fire for stating the Holocaust was “not about race. It’s about man’s inhumanity to man.”  Jewish leaders criticized her statement, noting that Nazi leader Adolf Hitler had referred to Jews as an inferior race. Even though Goldberg apologized online hours after she made the remark, it drew swift criticism, and she was suspended for two weeks. I don’t believe the objective should have been to educate the world at the expense of shaming a much-loved influencer. Goldberg is clearly not antisemitic, nor were the comments made out of malice.

Although I was glad to see Goldberg back on the show after her suspension, I was still skeptical about the real reason behind it all. I wondered whether ‘the corporate powers that be’ were testing the waters to gauge reactions and see what they could get away with. Call me paranoid, but this is what came to mind then. I was disappointed to learn of Goldberg’s two-week suspension, and like many others, I also took time off from watching The View to reflect on the matter. Putting Goldberg in the eye of a storm and then suspending her for two weeks even after she apologized was unwarranted.

I read a few of the diverse opinions folks had about Goldberg’s comments and wondered if the outcome would have been the same had one of the co-hosts made them. There have been controversial statements made in the past by the show’s co-hosts, and all they received was a mere slap on the wrist, if at all.

I agreed with Goldberg when she implied how Black people’s perspective on race might differ from other cultures.

Obviously, there are several Goldberg “haters,” but there are also many fans who, like me, admire and respect her. I remember her debut in 1984 on Broadway with her captivating one-woman show Whoopi Goldberg that ran for a year. The show, which catapulted Goldberg to stardom, garnered a Drama Desk Award for Outstanding One-Person Show and a Grammy Award for Best Comedy Album. Essence magazine interviewed Goldberg at that time. It was clear to me even back then that Goldberg was a rising star destined to make her mark, and she did.

I never met Goldberg in person but did have the privilege of seeing her up close in an unexpected way. Some years ago, a friend asked if I wanted to see a play Goldberg appeared in on Broadway. I don’t remember the name of the production, but my friend said she could get us inexpensive tickets with excellent seating, but there was one catch. I didn’t care what the catch was and told her to count me in. Well, the play’s venue had bleachers right on the stage’s back wall, which meant the actors would not be facing us. We didn’t care! It was exciting just being on a stage with actors only a few feet away. Goldberg stood on the side of the stage behind the curtain, waiting for her turn to perform. Before taking her cue to appear on stage, she flashed a warm smile and waved to those of us seated on the bleachers. That’s the closest I had ever been to Goldberg, and I’ve been a fan ever since!

Over the years, I’ve enjoyed watching Goldberg moderate The View, and the January 31st episode this year was no different. I remember being intrigued on that fateful day by the critical discussion about Jews, the Holocaust, and listening to the various perspectives of the other hosts. When I heard Goldberg specifically mention “Man’s inhumanity to man,” I was moved when she made the statement and had hoped it would get expounded upon, but it never happened.

During my period of reflection, I pondered how the now famed Goldberg incident could have been handled more diplomatically and how it all could have been an opportunity for a teachable moment. Upcoming shows on The View could have provided deeper and broader discussions with experts and critics concerning history and race. It would have been an ideal time to clear up misconceptions. Listening to insights from experts would have made for a worthwhile teaching moment for viewers and those responsible for Goldberg’s suspension. What did a punitive measure accomplish?

The uproar and backlash created over Goldberg’s comments, and the accusations and countless complaints regarding her “ignorance” reminded me of an occurrence that took place while I was working at Essence magazine. The groundbreaking miniseries Roots had premiered on television in January 1977 for eight consecutive nights. We received numerous letters from white readers who expressed how shocked they were at what they saw on the series and had no idea that enslaved Blacks were treated so harshly. Ignorance. The letters reminded me of one of my grade school teachers. It was the 60s, and my class was mainly white with myself and another Black student. The teacher stressed that “slavery was the best thing” for Black people because we didn’t know what we were doing in Africa. Can you imagine that level of ignorance? These are the types of remarks you never forget.

I also reflected on another significant historical fact that is rarely taught in schools. During World War II, Black soldiers also helped liberate Jews from Buchenwald, one of the largest Nazi concentration camps. In 1989, a Buchenwald survivor interviewed by the Denver Post spoke about his liberation. He said the first Black people he ever saw were the soldiers who liberated him and others from the camp on April 11, 1945. He went on to say how he had never spoken out before but now wanted to thank his Black liberators, whom he had failed to thank previously.

I also thought columnist Karen Attiah’s profound article on Goldberg’s suspension in the Washington Post was fascinating. She discussed how Afro-Germans and others of African descent living in Germany had been persecuted, including forced sterilizations and internment at concentration camps. But overall, Attiah also stressed the importance of including critical race-based analysis of how we teach world history.

Further reflections of Goldberg’s statement of “Man’s inhumanity to man” made me contemplate the state of the world today and how countless people have suffered. Many face tremendous hardships dealing with this pandemic and losing family/friends to COVID and other illnesses. Numerous people have lost their jobs, homes, businesses, and savings. There is still much work that needs to be done to move this country forward and improve the quality of life for the masses in areas ranging from healthcare to education.

The responsibility to create a better world lies within us all!

We now need to move past the uproar that surrounded Goldberg, and I can only hope the same energy exerted in the backlash will be used to focus more on what really matters. We need to develop a better self and strive to live to our fullest potential. We must leave a better world for our children and their children. We must learn to come together to work more harmoniously and be about the business of moving humanity forward.

Let’s strive to be more compassionate, forgiving, and include the power of love in our daily repertoire.

I’m glad Goldberg’s back on The View. Upon her return, I appreciated hearing her opening remarks and hope that any future controversial topics on the show will be treated as learning discussions for the community at large. Like Goldberg affirmed: “We are The View…we’re going to keep on having tough conversations…this is what we were hired to do.”

Goldberg, I’ll hold you to it; I’m rooting for you!

Angela Kinamore is the Features and Poetry Editor for 50BOLD.com. She is in the process of completing a sci-fi novel entitled Rise of the Zakadarian Warriors.