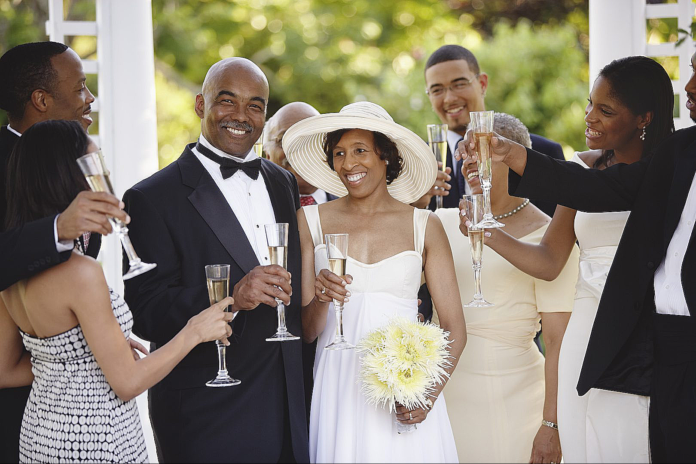 Cassondra Tomkins, 61 and Willie Barnes, 62, are talking about making a trip down the aisle, each for a second time. The Charlotte, N.C. residents, however, have some reservations about marrying again because they want to get her second go-round right. “I am afraid of divorcing and of failing once again at this thing called marriage, Willie admits. Even though the pair have dated for the past year, they don’t want to move too hastily into another marriage. “I know Willie and I are right for one another but still, I’m scared; I so want to make this next marriage permanent,” says Cassondra.

When it comes to remarrying, many tend to let their hearts lead them into it without seriously giving thought to the entire commitment and to all that it entails—financial, emotional and circumstantial. Unfortunately, second marriages often end in divorce more often than first marriages. In fact, according to Psychology Today “… a whopping 60% of remarriages fail. And they do so even more quickly; after an average of 10 years, 37% of remarriages have dissolved versus 30% of first marriages.”

Despite the gloomy stats, a second marriage is a chance for a do-over. It’s an opportunity to get it right this time, to have fun living life with someone and to experience a partnership that includes respect, friendship, appreciation, and feeling adored and deeply loved. In other words, your second marriage could end up being to the love of your life. So, if you plan on taking the leap for a second time, here are a few things to consider before you do:

Re-examine yourself and recognize your faults

When you divorced the first time, no one was blameless! There were issues in your first marriage; take an introspective look as to why it failed. Admit to the part you played in contributing to the divorce, even if there was infidelity on your mate’s part. If you can’t readily do this, you will continue to struggle in your second marriage. You also need to keep things completely honest between the two of you. There should be no game playing, no mind reading, and no unspoken expectations.

Bury that first marriage! Don’t let the ghosts of what once was enter into your second marriage. Refrain from taking those dysfunctional relationship skills that helped kill your first marriage into the next one. Consider things like, how did I communicate? What could I have done differently in my last marriage? How much energy did I put into nurturing our love? Was I more of a giver or taker? What makes me happy in a relationship? Are these areas that you need to work on in order to succeed in your next marriage?

When folks marry again late in life, typically, their children are adults. With no child support to pay and no custody or visitation problems—and probably no ex-spouses to contend with, either—you might think that these marriages would be mostly trouble-free, or at least have different issues to work through. One of the greatest obstacles older couples face in remarriage, however, is the negative attitudes and dissuasion of family. Bestselling author and stepfamily expert Maggie Scarf writes extensively about the problems of remarriage – particularly on the issue of blending families. She recommends, that families get to work on self-consciously planning, designing and building an entirely new kind of family structure’ – one that will suit your new and unique situation. Make sure you have an open dialog regarding the concerns of all family members.

Get your finances in order

Whether you decide to merge finances with your new partner, you still owe it to one another to lay your entire financial picture on the table — debt, assets, baby mama drama, whatever. If your money issues have the potential to impact your new family’s finances in any way, it should be out in the open. Don’t expect your new spouse to go along with whatever budgeting or spending styles you used in your past relationship. Whether you want separate accounts, joint accounts, or a hybrid system (the “yours, mine, ours” strategy), it’s important to figure out a plan for how you’ll manage your new family’s finances. According to Bruce Provda, a New York City-based divorce attorney, he recommends to his clients to take a personal financial inventory before remarrying   — decide what financial strategies from your past marriage worked, which ones you should toss, and which you need to work on. And don’t toss the idea of a prenup out the window because after all, it offers a chance to state which assets will be shared between spouses and which will be separate.

Be respectful, appreciative and considerate

Author Kyle Benson says, “When you can, express what you cherish about your partner. The idea is to catch your partner doing something right and say “thanks for doing that; I really appreciate it!” Express thoughts, feelings, and wishes in a respectful way.”

Kick those ultimatums and threats to the curb

“I’m leaving if things don’t improve!” Don’t make threats or issue ultimatums! Take the “D” word (divorce) out of your vocabulary. Make a commitment to stay together (unless there is abuse) and accept that there will be turbulent waters every now and then. Discuss all of your expectations to avoid misunderstandings.

Think before you speak! Avoid saying the things to your mate that you’ll regret later.  Express thoughts, feelings, and wishes in a timely way. Deal head-on, with hurt feelings—especially if it’s an important issue rather than shutting down or letting things fester.

Besides optimism, the right attitude to adopt is a pro-active one when it comes to marrying again. A second marriage won’t necessarily take more work than your first – but it certainly won’t need less! Marriage, as with all relationships, requires a careful and constant negotiation between you as a couple, with open lines of communication and a readiness to tackle problems as they come up. Dr. Mark Banschick, a psychiatrist and the author of The Intelligent Divorce book series advises folks to lovingly get to know one another the second time around before tying the knot. “Get a therapist to help if need be so that you both can live a wonderful life together.”