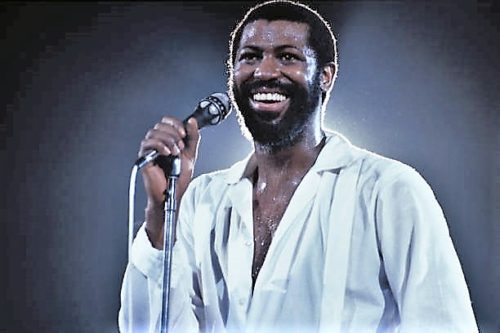 A while back, my managing editor Ruth Manuel-Logan suggested that my next piece be on the sexy crooner Teddy Pendergrass. Upon giving the assignment some thought, I realized that my knowledge of Teddy and the Philly sound was next to nil! I am now grateful that I was assigned the feature because after performing my due diligence on everything Teddy, I was reintroduced to a man whose voice was a powerhouse of emotions and whose stage presence was electric. Teddy’s female fans adored him and it was evident every time he stepped onto a stage. However being a sex symbol was not the only thing that fueled the performer who once said, he was much more than just a “shirt and crotch.”

Teddy Pendergrass was born Theodore DeReese Pendergrass on March 26, 1950 in Kingstree, South Carolina and then while an infant, his family relocated to Philadelphia which would become a R&B music mecca in the 70’s. Teddy was an only child born to Ida and Jesse. Sadly, Teddy was only 12-years-old when his dad left home and eventually found stabbed to death; his mother Ida subsequently wound up raising him by herself.

Teddy got his musical start early by singing at the local Philadelphia church his mother attended. By the age of ten, Teddy was ordained a minister, and received his musical calling when he experienced soul singer Jackie Wilson perform at a local performing venue. He dropped out of high school in the 11th grade to enter the music business.

Teddy, a self-taught drummer began his career playing the skins for a teen group called The Cadillacs. In 1968, Teddy, who had been working as a waiter at a club, joined yet another singing group, Little Royal. Soon Teddy’s reputation as a phenomenal drummer began to spread. The following year, Teddy landed a drumming job with R&B group Harold Melvin & The Blue Notes. While the Blue Notes were messing around in rehearsal before a recording session, Teddy was singing along and his rich, baritone vocals impressed them so much he was kicked up to lead singer.

The year was 1971, and after touring nonstop, the group landed a record deal with the stellar label, Philadelphia International records where they were paired the dynamic writing duo of Kenny Gamble and Leon Huff. Teddy’s rich baritone voice gave such songs as If You Don’t Know Me By Now, The Love I Lost, Bad Luck and Wake Up Everybody, an unmatched sonic quality that shone on every single record making them all instant hits.

Eventually, creative and financial differences arose between Teddy and Melvin, particularly, over the name of the group. Fans were confused and assumed that the lead vocals belonged to Melvin and not Teddy. Even though Teddy was singing lead vocals, which ultimately led the group to amazing musical heights, they were still called Harold Melvin & The Blue Notes. In 1975 when Melvin refused Teddy’s request to change the group’s name to Teddy Pendergrass & The Blue Notes, he exited left.

After leaving the group, Teddy signed with Philadelphia International as a solo artist and in 1977, released his first self-titled album, Teddy, produced by Gamble and Huff.  The million-selling album contained the hits, I Don’t Love You Anymore, and The Whole Town’s Laughing at Me. 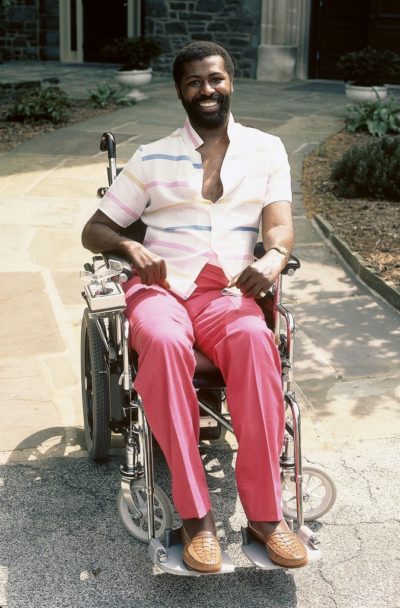 Teddy’s second platinum album released in 1978, Life Is a Song Worth Singing which included the hits, Only You, and the sexually charged, Close the Door.

It also included the disco-infused Get Up, Get Down, Get Funky, Get Lose and one of my favorites, When Somebody Loves You Back. Teddy’s career skyrocketed as one of the top R&B singers of the era.

In 1980, Teddy’s magical run of success continued with the release of the album, TP, which included another one of my favorites, the searingly hot duet Feel the Fire with songstress extraordinaire, Stephanie Mills. Teddy’s best selling live album included the sensual Turn off the Lights which only catapulted his sexual appeal to his female fans.

Teddy’s manager noticed how his sold-out shows were attended by mostly female fans. Teddy and his management brainstormed and came up with an idea that is still used by many performers today. It was decided that Teddy’s tours would be attended by women only. At the packed venues, frenzied female fans would faint, cry, scream and throw teddy bears and underwear onto the stage. He became known as “The Black Elvis.” Teddy released five consecutive platinum albums which was a rare feat for an R&B performer at that time.

Teddy Pendergrass was at the pinnacle of his career when on March 18, 1982, he was involved in a car accident while in Philadelphia. Teddy lost control of his Rolls Royce and hit a guardrail and two trees; he was trapped in the vehicle for hours. Tenika Watson, who was a passenger in the vehicle, suffered minor injuries. The accident left Teddy completely paralyzed from a spinal cord injury, he would have to spend the rest of his life in a wheelchair. He was only 31. 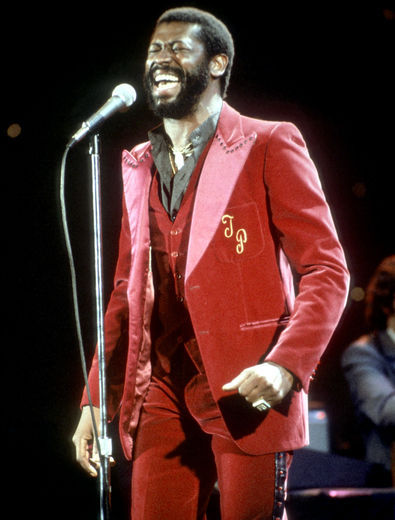 Rumors began popping up about about Teddy and Tenika, a performer, transgender woman and former sex worker. The whispers centered around allegations involving sexual goings-on right before the accident involving Teddy and Tenika. The passenger Tenika Watson spoke for the first time in 2014 on Oprah Winfrey’s Where Are They Now. She explained, how she initially met Teddy on the street in the 70’s when he approached her in his Rolls Royce. Tenika assumed he was a pimp, and ran from the car.

The night of the fateful accident, Tenika ran into him again at a club, they chatted, and he offered her a ride home. While driving Tenika noticed the car speeding uncontrollably, she saw him attempting to unsuccessfully slow it down. Tenika tried dispelling all the sex rumors. She also stated how he did not know she was a transexual.

After nearly thirty years of zero contact between the two, Tenika, who had battled drugs and resumed prostitution for a while after the accident had finally come face-to-face with Teddy in 2002. A mutual friend of Tenika and Teddy’s mother, arranged for the awkward meeting. According to Tenika, when they finally met, “We didn’t have much to say to each other it… But it was the closure that I needed,” she says. “I had been through a lot and I’m sure he had too. I was clean and sober, and I had me back. I had my strength back,” she told Oprah (see a snippet from the show below).

After the accident Teddy worked relentlessly with his physical therapist. He made his first return to the stage in 1985 at the Live Aid concert in Philadelphia where he was met with worldwide applause after performing the classic Reach out and Touch. Teddy so desperately wanted to reestablish his stellar career and in 1988, he made a comeback with the number one hit, Joy. He also got to tour the country with the gospel hit play, “Your Arms Too Short to Box with God.”

In 2006 Teddy Pendergrass announced his retirement from the music business. Three years later in June of 2009, he underwent surgery for colon cancer but it was unsuccessful in eradicating it. Teddy suffered complications post-surgery and died from respiratory failure on January 13, 2010. He was only 59.

Teddy’s rollercoaster life will be retold via an upcoming documentary, “Teddy Pendergrass – If You Don’t Know Me.”  The 2019 film will go out on Showtime in the U.S. and Sky Arts and the BBC in the U.K., where Moviehouse will also handle a theatrical release.

Teddy, we miss your beautiful smile and overall sexiness; your legendary contributions to R&B music will definitely never be forgotten.