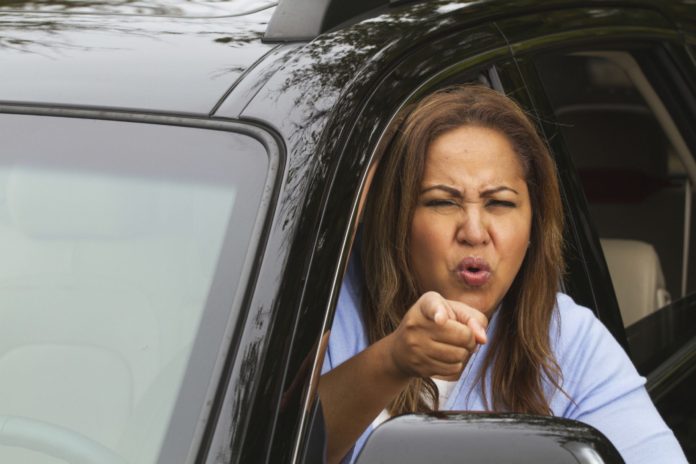 Road rage is even more common than you think. According to a AAA Foundation for Traffic Safety study, about 8 million drivers admit to some pretty extreme behaviors when they get behind the wheel of their vehicles. Nearly 80 percent of drivers expressed significant anger, aggression, and just overall road rage at least once during the past year. The actions included ramming another vehicle purposely, or even getting out of their car to combatively confront another driver.  The AAA research arm states that at least 1,700 people are injured or killed in road rage incidents each year.

“Inconsiderate driving, bad traffic and the daily stresses of life can transform minor frustrations into dangerous road rage,” said Jurek Grabowski, Director of Research for the AAA Foundation for Traffic Safety. “Far too many drivers are losing themselves in the heat of the moment and lashing out in ways that could turn deadly.”

What happens when you get behind the wheel of your vehicle? Are you all peace and love, or looking to duke it out when another motorist makes a move that could have caused an accident involving your car?  Do you have road rage? Take our quiz and find out:

1) If a vehicle in front of you is moving slowly, do you…

a) Honk until your hand hurt

b) Get slightly miffed but wait until you can safely pass

3) The signal turned green and a few vehicles in front hesitated before they moved, how long do you wait before you start honking?

a) Exactly one second because they are holding me up

4) What does road rage mean to you?

a) Nothing but an uncontrollable temper explosion

5) How often do you find yourself switching lanes because they’re moving slowly?

a) I have got to keep it moving, no time for slow pokes!

b) If a lane is super slow then I’ll look to make a move; if I’m not rushed, I’ll just hang

6) If someone is driving slow as molasses, I…

a) Let them know by cursing them out

b) Just ignore them and go on about my business

7) You’re driving within the speed limit but other motorists are pissed off at you, do you…

a) Get into a shouting and middle finger match

b) Just move over into the slow lane

8) When you finally get home after a drive, how is your blood pressure?

b) Probably normal because I try to drive stress-free

You have a serious case of road rage! You’re in a constant hurry and your road manners are atrocious. Cursing, giving other drivers the bird, and honking consistently does not make other motorists better drivers. Instead of losing your cool on the road, turn on some soothing music and learn to ignore those daily commute woes.

You try to remain cool when you drive and refuse to allow other driver’s annoyances get to you. You do get peeved at driver stupidities but it is not lasting. You don’t use bully tactics on anyone else on the road, so there is no rushing or rudeness involved in your driving habits. Safety is key while you’re on the road and keeping sane is your goal.