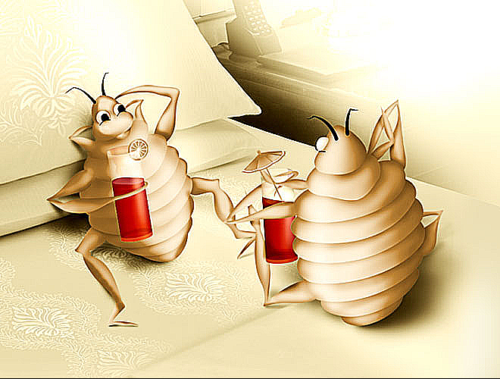 It’s summer and bugs like to partaaay in warm weather.  If you have bugs in your home — as many households do and the majority worry about — there may be good reasons for this. Insects are resilient, strategic and way smarter than you may realize.

But before dealing with insect invasions, it’s helpful to understand what you’re up against. These surprising bug facts can help you better understand common opponents:

According to experts, you don’t have to trade one worry (bugs) for another (traditional bug sprays). So how should you deal with creeping, crawling and stinging invaders? Take a fresh approach to home insect control that you can feel good about with these safe extermination tips:

For bugs you see, use a spray that doesn’t contain harsh chemicals, such as Zevo Instant Action Spray. Its active ingredients are essential oils that target nerve receptors active only in insects, so you (and your pets) don’t need to leave the room after spraying, as you would with traditional insecticide. Just spray on the roach, ant, fly, wasp or other pesky bug, and wipe up after use.

For the bugs you don’t see, use chemical-free traps in areas heavily trafficked by bugs. Those from Zevo, which plug into outlets around the home, use multi-spectrum light technology and a body heat attractant that mimic nature’s most primal powers of attraction. Try to reduce competing light around the traps. Though they work 24/7, flying insects will find the traps especially enticing at night.

Keep in mind, bugs are smart, but with some new strategies, you can safely outsmart them.