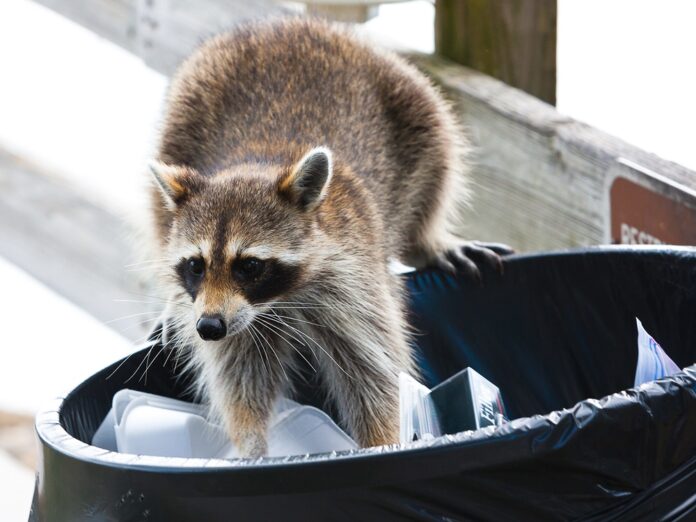 I heard a local story of a man who, in his excitement to kill a rattlesnake, used the only thing he had available ─ his thermos bottle. The next scene in this drama has the man in the hospital receiving anti-venom to treat a snake bite.

Encounters with wildlife are becoming more common in towns and neighborhoods as urbanization increases, and people often do not know what to do in these situations. Many species of urban wildlife, such as butterflies, bees, beetles, lizards, bats and most birds, are benign or even beneficial, helping to control mosquitoes, pollinate flowers and trees, recycle nutrients, and provide many other hidden ecological services.

But there can be also some associated health concerns especially if you’re older and have a compromised immune system. Some species bring the risk of parasites or disease. For example, some snakes like rattlesnakes or copperheads can be venomous. Habitat loss to fragmentation, urbanization and expanding agricultural production means suburban and urban spaces will increasingly become options for wildlife searching for new homes. It is not just snakes, but also coyotes, foxes, raccoons, deer and even bears.

As a wildlife biologist and extension educator, my job is to help people more fully understand wildlife for the betterment of both people and animals. People generally enjoy wildlife. Renowned ecologist E.O. Wilson coined the term “Biophilia” (meaning “life fondness”) to describe this seemingly inherent affinity humans have for natural life. Rather than being too friendly or overly fearful, people should be aware and respectful of wildlife that may be in their neighborhood.

What about those snakes?

Many people ─ like the thermos-wielding man in the opening story ─ may not realize that snakes are beneficial and that attacking them with a dangerous tool, much less a thermos, is increasing the likelihood that it will be scared and bite in self-defense. About 7,000 to 8,000 people are bitten each year by a venomous snake, but death from one is very rare.

While they might not have the charisma of a panda or polar bear, snakes serve an important role in the environment. They eat insect pests as well as rodents that can serve as vectors for parasites and infectious diseases like the plague that may be transmitted to humans. True, a venomous snake hanging around the backyard would be a situation for concern. But since only 20 of the estimated 127 species in North America are venomous, the probability of encountering a venomous snake is pretty low. Nevertheless, if a venomous snake does end up near a home, wisdom calls for keeping children and pets away until professional help arrives to remove the animal.

Most people aren’t worried about a cute raccoon eating out of the cat’s outdoor food dish. However, that same animal could be a carrier for rabies, parasites, influenza, salmonella or other pathogens that are issues for people and household pets. Close proximity to people and pets is discouraged for all wildlife species, even the cute ones.

What about other critters?

If wildlife such as coyotes, deer or foxes do appear in the yard, the best option for a peaceful encounter is to give them space. When met by people, most wild animals, if not habituated to humans, will either escape the imminent danger humans pose or hunker down to hide until the coast is clear for them to leave. It is when people move in closer ─ whether intentionally to help or harm or accidentally through unawareness ─ that a wild animal will feel the need to defend itself physically. For the untrained person, it is always wisest to go inside and wait it out.

Homeowners who don’t want any furry or scaly visitors should be mindful not to provide food or shelter. Secure outdoor trashcan lids, scoop up spilled seed at birdfeeders, and remove outdoor pet food bowls that may attract these creatures. Stacks of firewood and piles of yard debris provide shelter to smaller critters, so if this is not your goal, consider alternatives.

In those instances where an unwanted guest does not move on, it is best for all involved to contact local wildlife experts for assistance rather than trying to handle the situation without help from those with proper training. Not only will this avert any unwanted injuries to people or animals, it will also prevent any unintentional violations of the state and federal laws that protect most wildlife in the U.S.

What if you want some backyard wildlife?

Some folks want to create space for nature by offering the food, shelter and water that animals are seeking. This option helps restore some of the functions and services that natural ecosystems provide. Bird feeders, pollinator plantings, (unchlorinated) water features, and native trees and shrubs can be artfully incorporated into landscaping to provide beauty and supply backyard habitats. This is supplemental support and is different from caring for wild animals as if they were domesticated. Deliberately feeding animals like squirrels, deer or raccoons can create a hazardous situation for people and wildlife, leading to increased risk of negative encounters, disease and harm. This practice is not supported or encouraged by professional wildlife biologists.