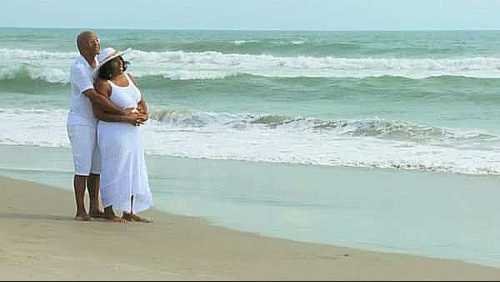 Since many of us are old school, wearing white after Labor Day is still a definite HECK NO! Fashion times have changed drastically so before you store away all of your white outfits to make room for bulky sweaters and boots, take a moment to reconsider.

The “no wearing white” fashion commandment came from rich folks. During the late part of the 19th century, affluent New Englanders wore white outfits made out of linen to stay cool. The crisp looks were also a status symbol that differentiated the haves from the have-nots. The upper crust would flee their soot-covered and industrial northeastern cities like New York to play in warm and wealthy playgrounds throughout the world.

After Labor Day, when the richies came back from their hoity-toity summer sojourns to their respective soot-covered and industrial northeastern cities, wearing white was no longer practical. So after the holiday, folks would swap out their “look of leisure” clothing–Panama hats, white linen suits, white breezy dresses–for fashions that were dark and muted.  The darker fabrics marked the end of not only playtime but summer. “If you look at any photograph of any city in America in the 1930s, you’ll see people in dark clothes,” Charlie Scheips, author of American Fashion, has said.

At this stage of the game, we should be able to wear what we want and make our own fashion rules!

Here are a few whites you’ll want to wear before and after Labor Day: