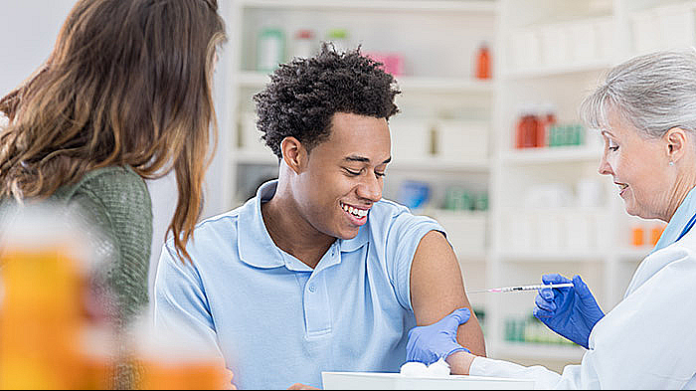 It has been a great challenge accepting that life during this COVID-19 (coronavirus) pandemic has been upended across the board. Still, in the words of author and alternative medicine advocate, Deepak Chopra, M.D., “Every challenge should be seen as an opportunity for growth.” I am hopeful this pandemic and everything that has happened in the last four months, will reshape America to get things right finally. Even before this global scourge, Americans were faced with frustration and the struggle of survival. We have been overwhelmed with critical issues weighing heavily on our minds, especially when it comes to healthcare.

The 60s saw the emergence of social movements around civil rights, opposition to the Vietnam War, feminism, environmentalism, and the first rumblings of gay rights. The past decade has seen youth-led movements around climate change, gun control, immigration, inequities of gender (#MeToo), and race (Black Lives Matter). Millennials, Gen Z, and the generation following them will eventually define the new American mainstream through their priorities and viewpoints, as over time, they become a majority of the nation’s population. No doubt, our young people are on a mission with blinders on to create a better world for us all.

Young people have access to limitless social connections that will bridge gaps, break barriers, and democratize knowledge. Our brightest minds won’t be cultivated in ivory towers, but anywhere their creativity, inquisitiveness, and fingertips take them. With their constructive agendas, innovative minds, and conviction, American youth inspire hope. But young people also need to be armed with essentials like quality healthcare so they can become the influential leaders this country so desperately needs. A healthy, educated, and resilient population is a must for a country to compete effectively in the global economy.

Today, more than ever, there is a critical need for a better healthcare system for the American people and especially for our youth. According to the 2018 U.S. Census Bureau, about 4.3 million children under age 19 are without health insurance. And over 27 million people in the United States have no health insurance coverage at all, with minorities shouldering higher disparities. In a country that is said to be among the wealthiest in the world, it is disturbing that we do not have sufficient healthcare coverage across the board. We need to fundamentally change the system to demand more investments in health. After all, each additional healthy year of life should be thought of as the fuel that makes economies grow!

Canada ranks the highest for having the best healthcare system in the world, while the U.S. ranks #15, as reported in U.S. News & World. In 2018, political activist and author, Ralph Nader offered insights in the non-profit independent newscenter, Common Dreams, on how Canada improved living conditions for its citizens, specifically, when it came to healthcare that is paid for mainly through taxes. Although according to Nadar, “No health insurance system is without problems.” He states that “the Canadian-style single-payer full Medicare for all—is simple, affordable, and comprehensive.” The former presidential candidate also believes the U.S. would benefit greatly by adopting the more universal healthcare system.

Nadar stresses that “each year thousands of Americans continue to die due to the lack of health insurance and the higher prices for drugs, medical devices, and health care services.” In Canada, healthcare covers everyone, and there are no required co-pays or deductibles. In comparing the Canadian and American healthcare systems, Nader points out that when you go to a medical facility in Canada, the first thing you are asked is: “What’s wrong?” In the United States, you are asked: “What kind of insurance do you have?”

It is unlikely that America will go back to the way it was before COVID-19. The American healthcare system must improve to respond to the health needs of Americans working to manifest a new vision for this country. America should follow the course of other countries like Canada and move toward a more universal healthcare system.

It is time for America to move onward and not backward, with a purposeful goal that will benefit its people. We need to hold our government accountable for ensuring high quality, affordable, and accessible health care. Governments are the greatest drivers of change, and investment in human capital should include quality healthcare. It will take effective leadership, the right policies, and investments and an overarching commitment to “put the last mile first” and reach the most vulnerable. The clock is ticking; we have zero time to waste!