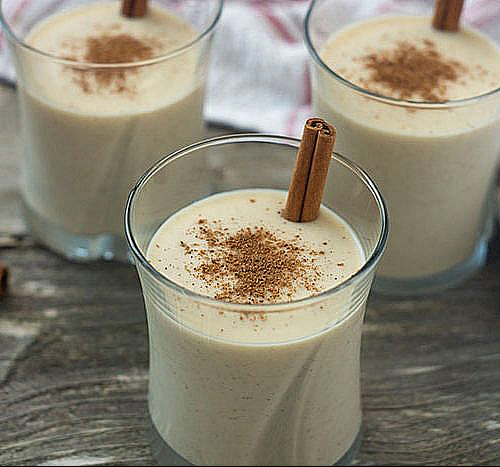 Grown folks love grown drinks, and since the holiday season is in full effect, why not add a beverage that will make any holiday gathering even more festive—coquito!

Deliciously creamy, smooth, rich, the traditional drink that means little coconut in Spanish has roots in Puerto Rico and the Caribbean. It usually makes an appearance around Thanksgiving but then hits the scene big time during the height of the Christmas season until Three Kings Day on January 6.

Kind of like a quasi-eggnog, coquito’s primary flavor is coconut with a healthy dose of rum for good measure. Sweet and potent, coquito is either served as an aperitif or after a hearty meal. Recipes within families for the creamy concoction get tweaked with each generation.

Some folks have resorted to buying commercially prepared versions of coquito from their friendly neighborhood liquor stores. Still, according to connoisseurs of the drink, the store-bought version cannot be compared to what is whipped up in the kitchen.

Try this coquito recipe twist on eggnog that’s a cinch to make for your holiday crew—salud!

15 oz. can sweetened cream of coconut (such as Coco Lopez or Goya)

Combine evaporated milk, condensed milk, coconut cream, and coconut milk in a large blender and blend well. Add the rum (or not if you so desire), vanilla extract, and ground cinnamon. Blend again.