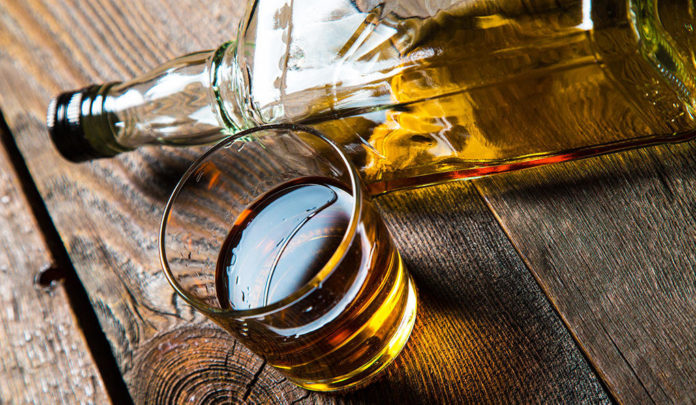 Society has slapped stereotypes and stigmas on people who have drinking problems. Many believe that alcoholics are weak-willed, poor, uneducated, morally corrupt and typically belong to a minority group. Well, alcoholics come from all walks of life. It is a disease with no single cause. Psychological, genetic, and behavioral factors all contribute in some way to someone who has a drinking problem. The addiction can cause changes to the brain and neurochemistry, so someone struggling with the disease may not be able to exercise any measure of control over their behavior.

Alcohol use is rising in this country but many are refusing to seek treatment. Drinking alcohol in excess can turn your life upside down because it interferes with your home life, work, relationships. It can also take a toll on your body and put you at risk for health issues, many severe.

Alcoholism can manifest itself in a couple of ways. There are those who tend to go overboard everyday and can’t put the brakes on their drinking. Still there are others who binge drink and then are able to stay sober for a time. Regardless of the addict’s methods, someone is deemed an alcoholic, if drinking is a part of their life and they can’t go without one for a long period of time.

According to the National Institute on Alcohol Abuse and Alcoholism, there are nearly 18 million alcoholics in this country. According to the World Health Organization (WHO), globally, 3.3 million deaths occur every year from the harmful use of alcohol.

African Americans report initiation to drinking at an older age compared to other groups. The National Institute on Alcohol Abuse and Alcoholism (NIAAA) states that while rates of alcohol dependence or alcoholism among African Americans are generally lower (8.4 percent) than among Hispanics (9.5 percent) or Caucasians (13.8 percent), African Americans are more likely to have ongoing problems with alcohol dependence once it occurs. The rate of recurrent alcoholism among Blacks is 35.4 percent, NIAAA notes, versus 33 percent among Hispanics and 22.8 percent among whites.

When alcoholics try to stop drinking, they become anxious, irritable, and can’t imagine not consuming alcohol. Alcoholics also have problems concentrating, decision-making, performing their duties at work and functioning in their home. Alcoholics have one all-consuming thing on their minds and that is, the drink.

According to George Koob, M.D., director of the National Institute on Alcohol Abuse and Alcoholism, “A good indicator that something is out of whack is that your personal life is deteriorating because of your drinking. Are people starting to shun you? If you’re feeling generally miserable, that’s a warning sign,” Dr. Koob points out. “You don’t have to hit bottom. You’ll save yourself a lot of damage socially, professionally, and in your own body if you attend to an alcohol problem a lot earlier.”

Some of the most common symptoms of alcohol abuse are:

Drinking in excess can set you up for numerous serious health problems but it can ultimately kill you. Alcoholism can result in:

In addition, if you drink and drive, you will not only endanger you life but put others at risk as well. The Centers for Disease Control and Prevention reports that drunk driving accounts for the loss of 28 lives daily in this country.

Alcoholism has also been associated with suicide and homicide.

Denial is one of the main reasons why millions of people do not seek treatment for alcoholism. Some folks will try to rationalize their drinking and try to blame others or circumstances for their excessive behavior. Rather than acknowledge the problems they’ve experienced from alcohol, they become defensive when someone mentions that they’re drinking too much. Alcoholics typically refuse to acknowledge the negative consequences of alcohol, and by doing so they prevent themselves from leading a healthy and satisfying life.

In order to receive treatment for alcoholism, there has to be a desire to get the help needed. Loved ones cannot force someone who drinks excessively to get help, if they’re not willing to put in the work to stop drinking.

Recovery for an alcoholic is a lifetime commitment because it is a daily struggle.

Rehab is an option for many alcoholics on an in-or-outpatient basis. A team of experts in handling the issue will help the sufferer with withdrawal and emotional highs and lows.

An outpatient treatment center will provide assistance on a daily basis while the alcoholic remains at home.

Alcoholics Anonymous (A.A.) is a fellowship of people with drinking issues. The well-established organization offers alcoholics a 12-step program, a group of principles that if put into practice, can help to rid someone of their need to drink. Membership is open to anyone all cross the board.

There are other groups like SMART Recovery and Sober Recovery that do not offer the 12-step program but have self-help strategies in place.

Counseling is another way to help someone with a drinking issue to confront their demons and to get on the right path towards self-healing.

Other strategies that have been applied for alcohol use disorder has been drug therapy. There are three drugs that have received approval to treat alcoholism:

Disulfiram—was the first drug approved to treat the disorder and if you drink while taking it, you will get sick

Naltrexone—when taking this drug, if you drink, you will not experience the feelings of pleasure that come with the alcohol; it also wards off cravings

The drugs Gabapentin and Topiramate—were not originally developed to treat alcoholism but they are now prescribed to help folks avoid drinking, have fewer cravings and drink less

Think you might have a drinking problem? Take the following quiz developed by Alcoholics Anonymous. If you need help, A.A. is just a phone call away to help you put things into perspective. Visit www.aa.org to obtain a number for the nearest A.A. chapter in your area.

Answer YES or NO to the following questions.

Most of us in A.A. made all kinds of promises to ourselves and to our families. We could not keep them. Then we came to A.A. A.A. said: “Just try not to drink today.” (If you do not drink today, you cannot get drunk today.)

In A.A. we do not tell anyone to do anything. We just talk about our own drinking, the trouble we got into, and how we stopped. We will be glad to help you, if you want us to.

We tried all kinds of ways. We made our drinks weak. Or just drank beer. Or we did not drink cocktails. Or only drank on weekends. You name it, we tried it. But if we drank anything with alcohol in it, we usually got drunk eventually.

Do you need a drink to get started, or to stop shaking? This is a pretty sure sign that you are not drinking “socially.”

At one time or another, most of us have wondered why we were not like most people, who really can take it or leave it.

Be honest! Doctors say that if you have a problem with alcohol and keep on drinking, it will get worse — never better. Eventually, you will die, or end up in an institution for the rest of your life. The only hope is to stop drinking.

Before we came into A.A., most of us said that it was the people or problems at home that made us drink. We could not see that our drinking just made everything worse. It never solved problems anywhere or anytime.

Most of us used to have a “few” before we started out if we thought it was going to be that kind of party. And if drinks were not served fast enough, we would go some place else to get more.

Many of us kidded ourselves into thinking that we drank because we wanted to. After we came into A.A., we found out that once we started to drink, we couldn’t stop.

Many of us admit now that we “called in sick” lots of times when the truth was that we were hung-over or drunk.

A “blackout” is when we have been drinking hours or days which we cannot remember. When we came to A.A., we found out that this is a pretty sure sign of alcoholic drinking.

Many of us started to drink because drinking made life seem better, at least for a while. By the time we got into A.A., we felt trapped. We were drinking to live and living to drink. We were sick and tired of being sick and tired.

Did you answer YES four or more times? If so, you are probably in trouble with alcohol. Why do we say this? Because thousands of people in A.A. have said so for many years. They found out the truth about themselves — the hard way. But again, only you can decide whether you think A.A. is for you. Try to keep an open mind on the subject. If the answer is YES, we will be glad to show you how we stopped drinking ourselves. Just call. A.A. does not promise to solve your life’s problems. But we can show you how we are learning to live without drinking “one day at a time.” We stay away from that “first drink.” If there is no first one, there cannot be a tenth one. And when we got rid of alcohol, we found that life became much more manageable.

For more information on alcoholism and the elderly visit the National Council on Seniors Drug & Alcohol Rehab:
www.rehabnet.com