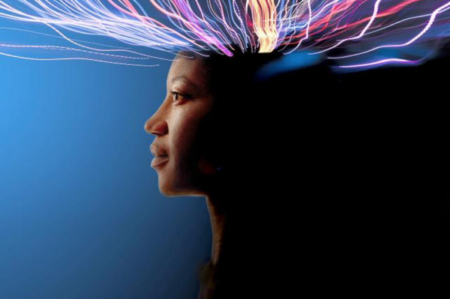 As our bodies age, there is a natural decline but the thought of our minds following suit is just too unthinkable for many of us. Just because AARP knocked on your door a while ago, this does not mean you have to grab a rocker and knit or vegetate in front of the boob tube! Researchers say one new case of dementia is detected every four seconds globally. They estimate that by the year 2050, more than 115 million people will have dementia worldwide. So 50BOLDer’s push your brains to stimulating new heights, remember, you can either use it or lose it!

Exercise your mind with games: The mind has to be challenged to stay in shape. Feed your brain food that will sharpen your mental acuity. Just like a muscle, the brain can either be fit or flabby and sluggish. Try brain games like crosswords, Sudoku, or competitive board games like chess and backgammon, the object is to find ways that will make the brain cells forge new connections.

Tackle something new: Neuroscientist Daniel Amen, M.D., one of the world’s foremost authorities on brain imaging, notes in his book Making A Good Brain Great that the brain is like any other muscle: “The more you use it, the more you can use it.” In fact, according to Dr. Amen, lack of learning causes the brain’s pathways to start disconnecting, so he advises that everyone take at least 15 minutes out of each day to learn something new. Why not go back to school to take a course? Try learning a foreign language, joining a book club, or how about a cooking class?  Learning a new skill adds more fuel to the brain.

Get a life: “No man is an island!” Humans need to stay connected and engaged with other folks. There are countless studies that prove maintaining relationships with others is a key ingredient towards achieving cognitive sharpness. Isolating yourself from others, shrinking your social life perhaps as the result of the death of a spouse/partner, or even retirement can only bring about serious psychological changes like chronic depression. Jump into life and surround yourself with positive people who will motivate you. Volunteer, meet friends for lunch/dinner, join a social club or church, arrange game nights, say “Yes!” to invites for movies, plays or girls/guys jaunts.

Knock boots: Yes, have sex and plenty of it! Luxuriate in the sexual freedom you have at this age, hey, no pregnancy scares, no periods! Engaging in sexual activity improves cognitive function, so it helps get the cobwebs out of your brain according to a recent study by researchers at the University of Maryland.   Another study done in 2010 that was conducted by Princeton University in New Jersey found that sex not only reduces anxiety but also helps prevent the decay that leads to memory loss and dementia.  So go at it but do so safely!

Eat right: Feed your brain the right kinds of foods that will keep it running like a well-oiled machine! Antioxidant-rich foods like fruits, legumes, dark leafy greens, nuts, and seeds, are not only good for the mind but for the body as well. Lona Sandon, Ph.D., R.D.N., L.D., assistant professor of clinical nutrition at the University of Texas Southwestern Medical Center in Dallas believes in the healthy mind benefits of seafood, “You should aim for two 6-oz servings per week of a fatty fish like salmon and light tuna.”

Get to steppin’: Exercising your body keeps your mind on the move! “A daily cardiovascular exercise program, the kind that gets your heart pumping, helps you feel more lively and alert, and reduces symptoms of stress and anxiety,” explains Laurie B. Mintz, Ph.D., professor of psychology at the University of Florida in Gainesville. In a study done at the University of British Columbia, researchers found that regular aerobic exercise appears to boost the size of the hippocampus, the brain area involved in verbal memory and learning. Resistance training, balance and muscle toning exercises did not have the same results.

Chew gum: We have NOT lost it here at 50BOLD! Research conducted by clinicians at the University of Northumbria in Newcastle, England discovered that chewing gum has a positive effect on thinking, memory and other cognitive functions. The scientists attributed this effect to a mild increase in heart rate, which results in an increased delivery of oxygen and glucose to the brain, thereby improving cognition.

Switch to tea: In a recent study conducted by scientists at National University of Singapore Yong Loo Lin School of Medicine, researchers concluded that drinking tea regularly lowered the risk for cognitive impairment in older adults by 50 percent. Peppermint is a proven brain stimulator that assists with concentration, green and black teas help stave off memory loss. Lemon balm, a member of the mint family, also helps with retrieving information that is stored in the brain. So kick coffee to the curb!

Use both hands: If you’re a righty, try doing things with your left and vice versa because your brain benefits from your making the switch. Using the other hand helps your brain to better integrate its two hemispheres according to Carl Hale, Psy.D., a neuropsychologist with Neuropsychology and Learning Associates in Merrillville and Fishers, Indiana. “One could argue that this increase in the exchange between the hemispheres could benefit intelligence or processing,” Hale contends.

Should you avoid meat for good health? How to slice off the facts from...

Valerie Simpson is living a life that is solid as a...

Should you avoid meat for good health? How to slice off...

Can you tell the difference between a cold and allergies?