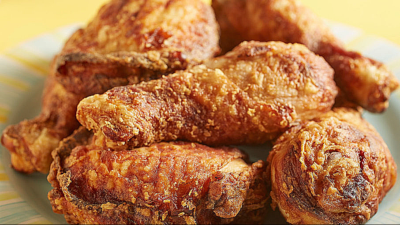 Many of us have gotten into the habit of reheating leftovers because frankly, it’s an economical move. Unfortunately, there are a number of foods that can put you at risk of poisoning or even worse if you reheat them.

Here are a few reheating DON’TS that might surprise you:

Chicken: Lord knows we love eating this bird! Unfortunately, warming up leftover chicken is pretty dangerous, and can result in diarrhea and vomiting, as well as other digestive problems if it is not done right.  Chicken is a rich source of protein; however, reheating causes a change in the composition of the nutrient. Ideally, you should NOT have leftover chicken but if you do, warm it up only ONCE after its preparation. However, if you choose to reheat chicken, make sure its every section has reached a temp of 175 degrees Fahrenheit (using a cooking thermometer) to ensure that any bacteria has been killed.

Chicken must be stored in a fridge that has a temp below 42 degrees Fahrenheit at all times, especially if you plan on consuming it.

Make sure to throw out any chicken that has been in the fridge for over three days!

Eggs.  The Food and Drug Administration recommends that eggs should never be left out of the fridge for more than a couple of hours (one hour in hot weather) if you don’t want bacteria to quickly multiply. The salmonella bacteria loves multiplying in eggs and egg-based dishes like quiche and soufflés, so reheating these foods is never a good idea. Reheating boiled or scrambled eggs should also be avoided. Salmonella is a dangerous bacteria that can cause severe food poisoning.

Rice.  You will risk food poisoning and other stomach and digestive issues if rice is not reheated properly or is left out for hours. Rice contains a bacteria called Bacillus cereus and the heat-resistant spores or the toxins produced are not killed even through the cooking process. As soon as the rice is thoroughly cooked it should be placed in a tightly sealed container then refrigerated asap but definitely within four hours. Any uneaten rice should be thrown out after three days in the fridge.

How to properly reheat rice (make sure to break up clumps):

Spinach: The healthy leafy green is chockful of nutrients, but it also contains a lot of nitrates which convert to nitrites when reheated. The claim to fame for spinach is its high level of iron and reheating may oxidize it, and the process can cause many diseases, including infertility and cancer.

Potatoes:  We love the spuds, but when reheated, they don’t love us back! Potatoes are starchy, and when reheated, the food promotes the growth of botulism, which is a bacteria that can’t be killed by the heating process. If you must reheat, then re-cook potatoes in a shallow pan.

Oil:  How many of our mothers and beyond reused cooking oil?  Well, reheating previously used cooking oil is likely to release harmful free radicals and toxic fumes. Free radicals are associated with human disease, including cancer, atherosclerosis, Alzheimer’s disease, Parkinson’s disease, and many others. Simply put, DO NOT reuse cooking oil, just discard it!