Actress and activist Jane Fonda is 50BOLD’s Honorary Black Person. Jane has been an activist for most of her 80 years. During the 1960’s when Jane was in her twenties, she vehemently opposed the Vietnam War and was an ardent advocate of the Civil Rights Movement. In the early 70s, she supported Huey Newton and the Black Panthers. The actress who was deemed a representative of radical politics once exclaimed: “Revolution is an act of love; we are children of the revolution, born to be rebels. It runs in our blood.”  She labeled the Black Panthers, “our revolutionary vanguard…we must support them with love, money, propaganda, and risk.”

Last year, Jane began supporting the Standing Rock Movement; which is a grassroots movement protesting the approved construction of the Dakota Access Pipeline on the Standing Rock Sioux Indian Reservation in North Dakota. The crude oil underground pipeline, America’s longest and transport some 470,000 barrels of crude oil a day — stretching across North Dakota, South Dakota, Iowa, and Illinois.  It is being built under the Missouri River and will end within 1,500 feet of Lake Oahe, which is not only the Standing Rock Sioux’s water supply but their sacred tribal grounds. A leak or spill, activists believe, will poison the drinking water of as many as 10 million people, nearly all of them on Native American reservations. Jane has joined Native Americans of all ages in protest against the pipeline’s construction. 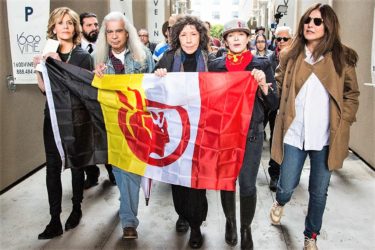 The two-time Oscar winner, who is currently starring in the feature film Book Club is actually more than an actress. Jane is a human rights activist who just happens to give a damn particularly when it comes to African-Americans.  Earlier this month, she gave an impassioned speech at the Los Angeles 2018 United States of Women Summit.  Here are excerpts from her moving speech:

“When Trump was elected and the toxic bedrock of white supremacy in this country was exposed, I realized something. I’ve been involved with progressive movements most of my adult life, but because I am white…I realized the lens through which I was looking at race was too shallow. So I’m studying.  …It takes more than empathy. It takes intention, to even begin to comprehend what people of color, no matter their class, face every day. And how much privilege quite unconsciously, is given those of us born white. Even the poorest of us.”

“Racism allows the 1% to deceive the white working class of poor people into believing that although they may be suffering, at least others are worse off. Racism is what keeps poor people and working-class whites from aligning with Blacks to identify and topple their common enemy.”

“Prisons are filled with Black men found only with a few ounces of marijuana. (Black mothers) fear their son will be shot by police because he pulled a cellphone out of his pocket and no one will be charged. Women and girls of color are the fastest-growing U.S. population within our prisons – outpacing men by 50%. None of this is an accident. It is part of a strategy. It is a strategy developed in response to the gains made by Blacks during the Civil Right Movement.”

And here was a drop-the-mic moment when Jane advocated ending the War on Drugs:

“Young black men are by definition, ‘trouble.’  Where you live all drugs are considered criminal activity. Addiction in your community isn’t considered a public health crisis, or an existential identity crisis. Oh no, no clinic is going to be built in your neighborhood.  None of this is an accident. It’s part of a strategy, a strategy developed in response to the gains made by Blacks during the Civil Rights Movement … it’s called the War On Drugs and it’s increased our incarcerated population from 500,000 in 1980 to over 2.5 million today. The War On Drugs has been intentionally designed to maintain a new racial caste system without ever being accused of racism.”

Jane is one white person who undoubtedly gets it. She is empathetic and genuine. A little-known factoid about Jane is that she has an adopted Black daughter Mary Luana Williams who is now 50. Jane adopted Mary when she was a teen. Mary was born to parents Randy and Mary Williams who were both members of the Black Panther Party. As a toddler, Mary’s dad was sentenced to 17 years at San Quentin Prison in California after leading police on a high-speed chase while hurling Molotov cocktails at them. Mary and her five siblings were left to be raised by their mother who took a downward spiral into alcoholism and became physically abusive to her children.

At age 11, Mary had an opportunity to get away from her chaotic home situation. She boarded a bus to Laurel Springs Children’s Camp that was started by Jane and located on 160 acres on a ridgetop northwest of Santa Barbara, California. Mary, who returned to the camp over several summers developed a close bond with Jane.  Eventually, the East Oakland youth came to live with Jane, her then-husband, the late Tom Hayden, their son Troy Garity, and her daughter Vanessa Vadim. 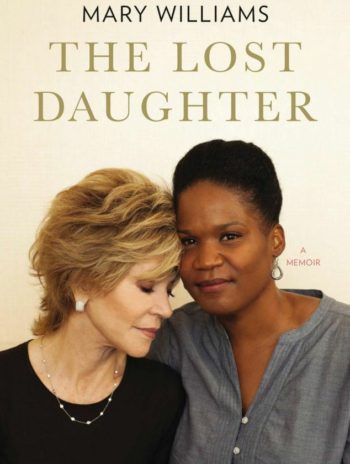 Jane filled the gaps of much-needed love and guidance that Mary so desperately needed. Mary traveled the world with Jane and hobnobbed with Hollywood’s elite. Mary like her adopted mom is also an activist and writer. In 2014, she wrote her second book, The Lost Daughter: A Memoir that details her adoption by Jane and her parent’s Black Panther journey. 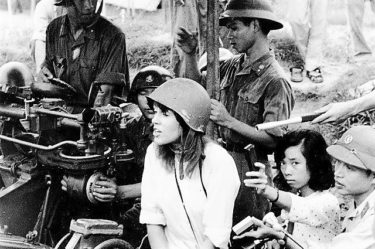 Many of us remember when the political crusader traveled to North Vietnam in 1972 – a visit that enraged countless folks back in the States and earned her the nickname, Hanoi Jane. She was seen as a traitor because she posed for photos sitting on an anti-aircraft gun used to shoot American troops. Jane later apologized for the incident, but still, for some veterans, no apology from her will ever change their views of her as an adversary of America and the troops during wartime. 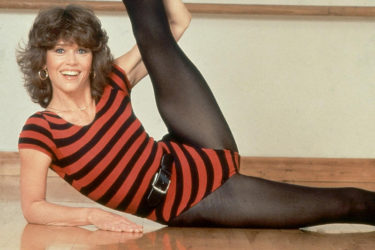 During the 1980’s Jane reinvented herself as a fitness maven with her aerobic exercise tapes.  The videos were a bonafide sensation.  The first workout video sold 17 million making it the highest grossing home video of all time; she then went on to produce 26 more.

Jane Fonda is not your average Becky. She is outspoken, caring, and empathetic and sympathetic.  Jane a white woman who gets it, she understands the plight of Black people, people of color which is exemplified in a statement she made at the women’s summit:

“White people need to dare imagine the realities inhabited by people of color. Not only because this is the moral thing to do, but because we are all of us affected by racism.”

Thank you, Jane Fonda, for your unyielding dedication to our plight and we pray that you will continue to fight the good fight because we need more committed soldiers like you!

Here is a trailer from her original workout video that started the exercise craze: