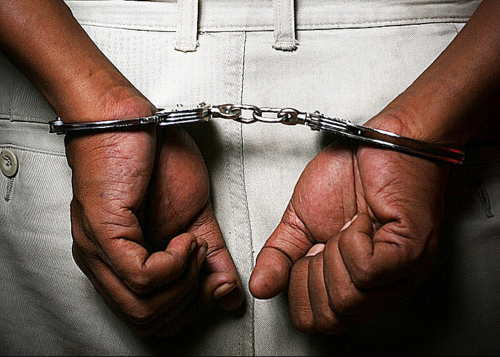 Profile: A case of mistaken identity

You thought you was American

born and bred, wholesome as

You stand for God Bless America

in the seventh inning stretch

cause this is the land of the free

home of the braves

But their fans ain’t no fans of yours

they booed and hissed

as you was paraded in shame

before the eyes of your accusers

stripped naked and led away.

In God we trust – would kill

to keep prayer in school

but you got caught prayin at the game, sucka.

You ain’t no average Joe you know.

your folk named you Mohammad

and all that crap

you wear a beard

but you ain’t no Kenny Rogers.

who you hidin’ from behind that beard?

You thought you was American

you thought you was home free

but you had three strikes against you

‘fore you even stepped up.

the empire said so.

you got the brown and out blues, brother.

any browner and your ass

I used to get searched at airports too.

I thought it was cause I looked like you.

but it don’t matter really

and truth be told you look like a brother.

hot dog in one hand and a weak grasp

of the big lie in the other.

may take a while but you’ll learn.

Welcome to the club.

however much you love the game

be careful you ain’t caught

with a bat in your hand.

and if we can’t tell Saddam Hussein

or prayer from a terrorist attack

what makes you think we’ll know

a giants fan from America’s most wanted.

Khephra Burns is an author, editor, playwright, poet and veteran of television, stage and live events productions. He is a partner and executive with the International ArtsGames Committee (IAC) and senior producer for the ArtsGames. He’s also editor-in-chief of The Boulé Journal of Sigma Pi Phi Fraternity.