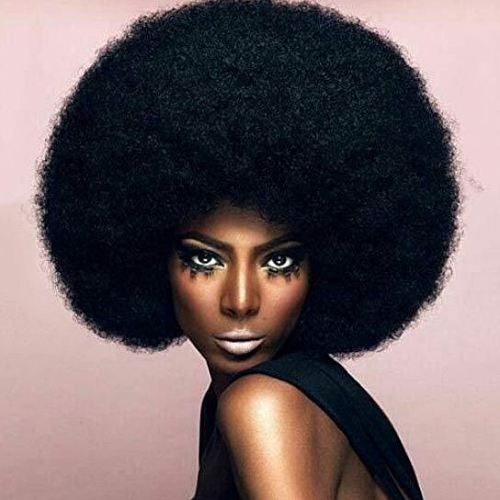 Facebook
Twitter
Google+
Pinterest
WhatsApp
Back in the day before weaves and wigs with fake baby hair were hairstyles, we adored sporting looks that, even to this very day, put a smile on our faces. Let’s go back down memory lane to relive our youth and peep at those days when we had hair and enjoyed creating wonderful hairstyles.
Conked Hair
From the 20s to the 60s, Black men wore the conk hairstyle. It was sported by men who had kinky hair and who longed for straighter locks.  The name conk is derived from congolene a gel-like concoction made from potatoes, eggs and mostly lye. The lye could literally burn the scalp, so it had to be washed out quickly. Hairstylists had to wear protective gloves to apply the substance. Men had to repeatedly re-apply these relaxers to their hair in order to maintain that slick look. 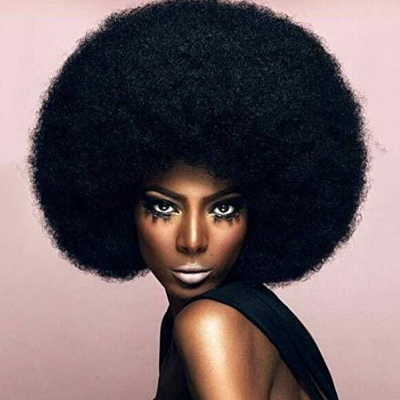 The Afro
The afro meant kicking perm kits to the curb and sporting our natural hair throughout the 60s and 70s. The afro was an affirmation of beautiful Blackness, liberation, empowerment, and pride. It was also a rejection of Euro-centric standards of beauty and was worn by both sexes.
Cornrows
Cornrows became popular in the 60s and 70s thanks to an interest in embracing Black pride and natural hairstyles. In colonial America, enslaved Africans also wore cornrows. The name cornrows came from how the braids looked neatly lined up, just rows of cops in the field.
The Jheri Curl
The Jheri, Jerry, or Jeri curl was a signature hairstyle that had been regarded as a cultural staple for the Black community in the 80s. The look was achieved by using a curly kit that folks were able to use at home to create the style. The Jheri curl wasn’t all that easy to maintain, because the upkeep required chemicals to achieve that trademark shiny curly look.
The High-Top Fade
For those who did not want to bother with Jheri curl kits, the high-top fade was another go-to hairstyle for men in the 80s. This is a variation of the regular flattop, in which the hair on the sides and the back of the head were shaved off while the hair on top of the head grew straight up. The hairstyle was the go-to look for many artists in the hip-hop scene, and it also gave the illusion of added height for those who were vertically challenged.
The Wave Haircut
The wave haircut was one of the most popular hairstyles for Black men also throughout the 70s, 80s, and 90s, to add a dynamic element to their overall look. Waves haircuts are a laid-back form of curls flattened to the scalp by brushing or combing the hair to create rows of ripples or waves. After brushing, oil sheen or grease is used on the hair, the style is then wrapped in a  durag, a close-fitting cloth that is tied around the top of the head to protect the hair overnight to keep the wave pattern. The once popular hairstyle is back and sported by young men.