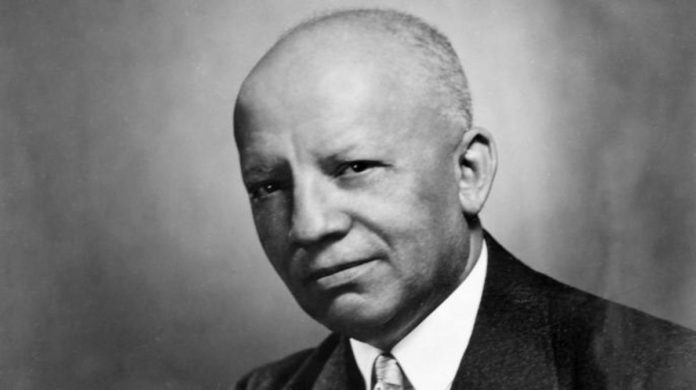 Clearly, in this important month and historical moment of celebrating Black History through reflective remembrance and recommitment to ever-deeper study and emancipatory practice, our minds easily turn to the writings and life work of the Father of Black History, Dr. Carter G. Woodson (1875–1950). For it is Dr. Woodson who framed and laid the foundation for our celebration of Black History Month, having given his life to writing, teaching and advocating history as an indispensable core of any real, useful and emancipatory education. And it is he who founded the Association for the Study of Negro Life and History (1915), the Journal of Negro History (1916), and Negro History Week (1926). These were later renamed to reflect the constant rethinking needed to meet the challenges and changes of our time: the Association for the Study of African American Life and History, the Journal of African American History and Black History Month, respectively.

However, out of Dr. Woodson’s many works, none of his writings have been more read, referenced and raised as worthy of the most careful and continued study than his Mis-Education of the Negro, a historically grounded critique of the then existing educational system which with appropriate reconsiderations and revisions remains highly relevant, even today. Dr. Woodson, who received his Ph.D. in history from Harvard University (he was the second Black person to do so), was a well-placed educator who had served as a teacher, school principal, and a professor and dean at Howard University and West Virginia State College. Thus, Dr. Woodson had participated in the various levels of education as teacher, administrator and critical observer and had gained intimate and extensive knowledge of how the educational system disadvantaged Black people through what he termed mis-education.

There are several critical elements in Dr. Woodson’s concept of mis-education and his envisioning an emancipatory education. First, Dr. Woodson argues for what we called in the 60’s, a relevant education and later what Dr. Molefi Kete Asante called an Afrocentric education, one rooted in the historical, social and overall cultural reality of Black people, and meaningful, useful and reflective of the conditions of society and the world. And he found the misreading, falsification and manipulation of history a core practice and cause of the mis-education of Black people. Thus, he says at the outset, “only by careful study of the (African American) himself and the life he is forced to lead can we arrive at the proper procedure in this crisis,” i.e., the mis-education of Black people and the socio-economic and political disadvantages this imposes, aggravating the condition of oppression.

Secondly, Dr. Woodson places the process of enabling the self-determination in thought and practice of the student at the heart of the educational enterprise. Therefore, he states how “the mere imparting of information is not education. Above all things, the effort must result in making a man think and do for himself.” For Dr. Woodson, this emphasis on cultivating in students an enhanced agency, i.e., the will to think and act in a self-determined way, is not for frivolous, selfish or self-enslaving ways. On the contrary, it must be an emancipatory education, one that is both a promise and practice of freedom. Thus, he says, “the only question which concerns us here is whether these ‘educated’ persons are actually equipped to face the ordeal before them or unconsciously contributing to their own undoing by perpetuating the regime of the oppressor.” 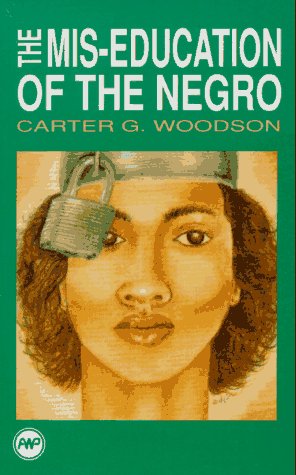 Moreover, Dr. Woodson contends that the educational system is undergirded by and duplicates a philosophy and “ethics” which justify and facilitate White domination thru a racist protocol of disabling and controlling the minds, and therefore, the person and actions of Black people. As he says, in perhaps his most quoted passage, “when you control a man’s thinking you do not have to worry about his actions. You do not have to tell him not to stand here or go yonder. He will find his proper place and stay in it. You do not need to send him to the back door. He will go without being told. In fact, if there is no back door, he will cut one out for his special benefit; his education makes it necessary.” What is produced here, Dr. Woodson argues, is an “enslaved mind” which is derivative and disadvantaging rather than original and enabling. Such a mis-educated Black intellectual becomes “a hopeless liability to the race,” little more than a duplicate descendent of the original White mis-educator.

Dr. Woodson also places great emphasis on service to the masses and education as a vital power and process for such service. He tells us we should not adopt class attitudes and behavior based on the acquisition of a university education. On the contrary, he says, we “should redefine higher education as a preparation to think and work out a program to serve the lowly rather than live like an aristocrat.” Here, he argues for “translating the idea of leadership into service,” i.e., developing a concept of leadership which is defined by and embodied in the ancient African virtue of service to the people, especially the most vulnerable among us.

Dr. Woodson repeatedly stresses the practice of education as a process of emancipation and empowerment that leads to progressive and continuous development. “The education of any people must begin with the people themselves,” he states. Indeed, “history does not furnish a case of the elevation of a people by ignoring the thoughts and aspirations of the people.” This requires, Dr. Woodson maintains, understanding their historical background and current condition, and developing an educational program and practice which teaches their real history, frees their minds and empowers them in their struggle for a liberated life and decent living.

Indeed, Dr. Woodson notes that one of the most severe indictments of the mis-education of Black people is that it has left them at a disadvantage in learning to make a living. He argues the need “to bring their minds in harmony with life as they must face it,” as both a people oppressed and in the struggle to learn and live freely. This means assisting them in “seeing through the propaganda which has been instilled into (their) mind(s) under the pretext of education,” teaching them the truth of themselves, society and the world, and pointing them toward liberating and uplifting ideas and practices in the challenging times in which they live.

Dr. Woodson sums up his major points by saying, “to educate the Negro (African American), we must find out exactly what his background is, what he is today, what his possibilities are, and how to begin with him as he is and make him a better individual of the kind he is.” And it is this stress of Dr. Woodson on historical and social location, social competence and service, and ethical grounding that anticipates and lays a foundation for later Black Studies activist-scholars to argue and struggle for an education rooted in the principles and practices of cultural grounding, academic excellence and social responsibility.

Indeed, this Woodsonian stress also anticipates and lays a foundation for the Kawaida conception of a relevant and culturally grounded education, a cooperative and directive process designed to aid our students in achieving four broad objectives: knowledge of the world; knowledge of themselves in the world; knowledge of how to successfully engage the world; and knowledge of how to direct their lives toward good and expansive ends. In a word, Dr. Woodson’s teachings lead us unavoidably to the Kawaida conception of history and its relationship to our current situation and the envisioning and achieving of our future which is an ongoing obligation to know our past and honor it, to engage our present and improve it, and to imagine a whole new future and to forge it in the most ethical, effective and expansive ways.

Dr. Maulana Karenga, Professor and Chair of Africana Studies, California State University-Long Beach; Executive Director, African American Cultural Center (Us); Creator of Kwanzaa; and author of Kwanzaa: A Celebration of Family, Community and Culture, The Message and Meaning of Kwanzaa: Bringing Good Into the World and Essays on Struggle: Position and Analysis; www.AfricanAmericanCulturalCenter-LA.org; www.OfficialKwanzaaWebsite.org; www.MaulanaKarenga.org