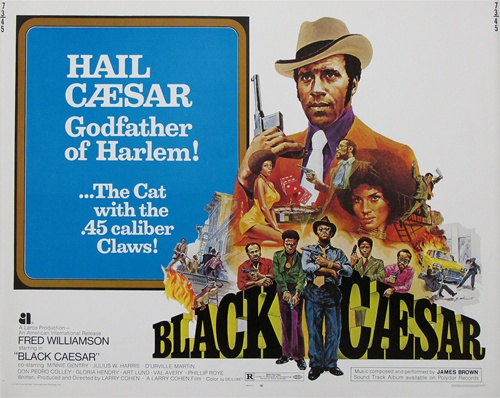 Those 70’s films starring some of the grooviest Black actors and actresses of the times were outta sight! The films were not quite a fad or a movement but they were an immensely popular and profitable genre that was criticized by some and celebrated by others in the Black community. We nostalgically remember these movies that are still near and dear to our hearts.

The scores from many of the films became phenomenal hits like Shaft, Superfly, Across 110th Street, and Trouble Man. A few Black leading men made women swoon like Ron O’Neal, Max Julien, Fred Williamson and Billy Dee Williams. While Black leading ladies like Pam Grier, Vonetta McGee and Tamara Dobson made men pant. All of these Blaxploitation era cinematic ingredients gave Black audiences something that Hollywood had failed miserably at doing before and that is, a chance to see ourselves on the big screen fighting back, loving and leading!

Do you consider yourself to be a Blaxploitation film expert? If so, take the quiz and check out your knowledge, jive turkey!

2. Issac Hayes starred in which film?

b) Cotton Comes to Harlem

4. Tamara Dobson, the statuesque 6’2” former model and karate expert played the lead in which film?

5. Which film was a semi-biographical account of the CIA’s first Black agent?

a) The Spook Who Sat By the Door

b) Three the Hard Way

6. The Shaft soundtrack featured songs from which vocalist who went on to voice Chef on South Park?

7. Which inimitable actor starred in Dolemite and its sequel?

8. Super Fly is one of the few films in history that was outgrossed by its soundtrack. Who wrote and produced the soundtrack?

9. In 1972, Blaxploitation notoriously remade a horror classic. What was the title?

d)  An American Werewolf in Harlem

10. Approximately how many Blaxploitation pictures were produced between 1971 to 1976?