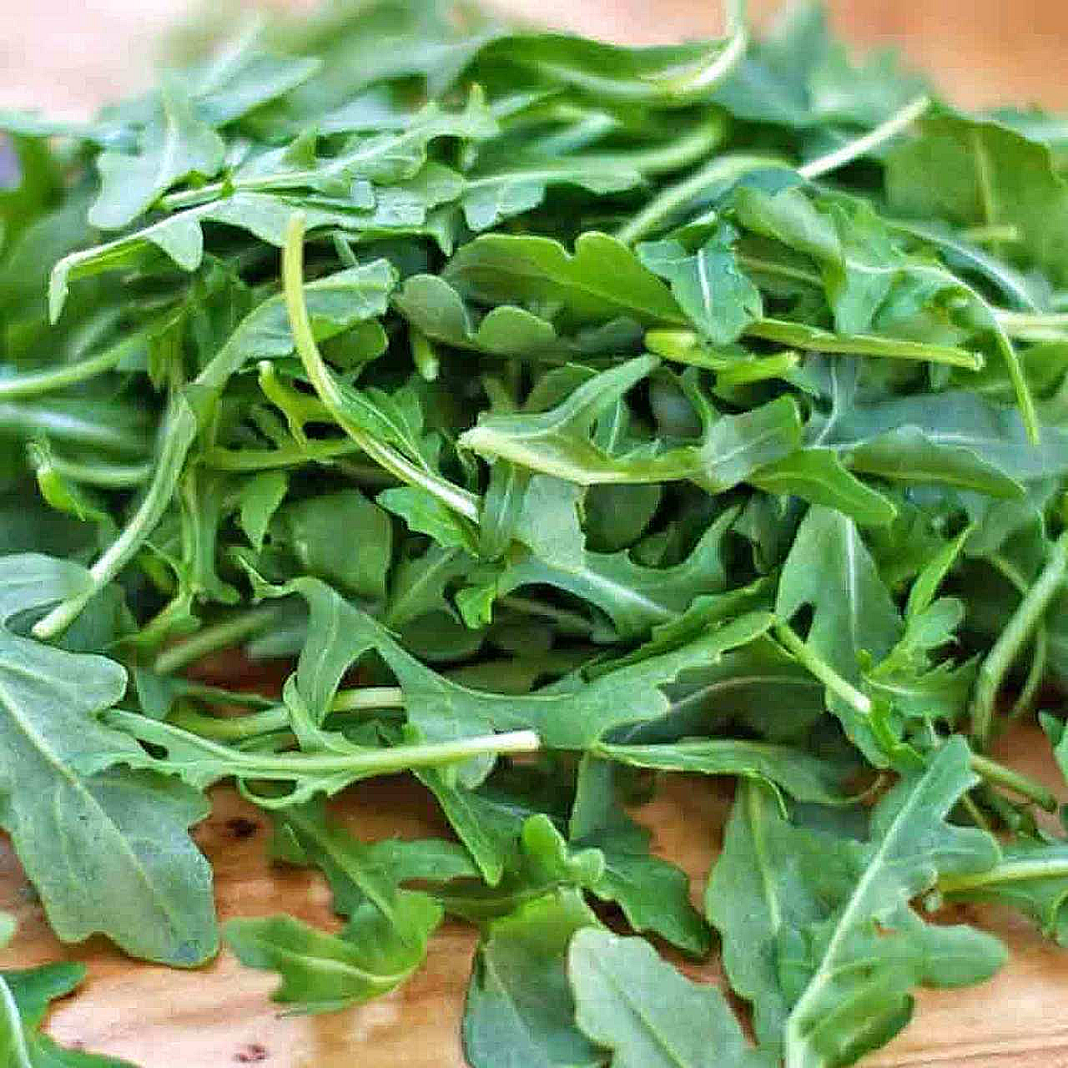 We pretty much all love salad! Many of us go directly for the iceberg or romaine lettuce at the supermarket when we want to get our salad fix on! Here’s a little known secret: Arugula, a leafy green located right in the same vicinity as your top lettuce picks, packs a wallop of health benefits.

Arugula, also known as rocket or roquette, is a tangy green veggie that contains high levels of beneficial nitrates and polyphenols. According to a 2014 review study, high intakes of nitrate may lower blood pressure and reduce the amount of oxygen needed during exercise, thus enhancing athletic performance. Since hypertension is a scourge in the African American community, including arugula in your diet is a step in the right direction for improving health. Since arugula has a slightly distinctive peppery taste, you might want to mix it with other healthy leafy greens like spinach or kale.

Research has linked arugula to quite a few health benefits.

Helps prevent osteoporosis–Arugula is high in vitamin K, which is vital for bone health. Deficiencies in this vitamin put you at risk for bone fractures. Vitamin K is needed for the absorption of calcium into the bones and teeth. A half-cup of arugula contains 10.9 micrograms of vitamin K. Three cups of arugula daily will supply you with 100 percent of your body’s need for vitamin K.

Tackles bad breath and body odor–The pungent veg has a healthy amount of chlorophyll that may reduce or eliminate funky body odor and bad breath. Like parsley, you can also chew arugula to freshen your breath.

Combats diabetes–Leafy green consumption is associated with a 14 percent reduced risk of developing type 2 diabetes. A clinical study found that arugula oil from seeds can help stabilize blood sugar levels. While we’re more likely to eat the leaves than the seeds, there’s certainly arugula oil in leaves as well. Plus, arugula and other cruciferous vegetables are a good source of fiber, regulating blood glucose and reducing insulin resistance. High fiber foods make you feel fuller for longer periods of time, so overeating ain’t going to happen!

Boosts heart health–Diets rich in green veggies have been linked to a reduced risk in cardiovascular disease due to such heart-protective plant compounds as polyphenol. According to a study published in the Journal of the American Heart Association, adding more cruciferous vegetables like arugula to your diet can reduce atherosclerosis (plaque build-up in the arteries) in mature women, and decrease the risk of cardiovascular issues.

Folks usually add arugula to salads, but you can also try these tasty leaves in pasta, casseroles, egg dishes, and sauces. If you’re into juicing, toss in a few arugula leaves to punch up a smoothie.