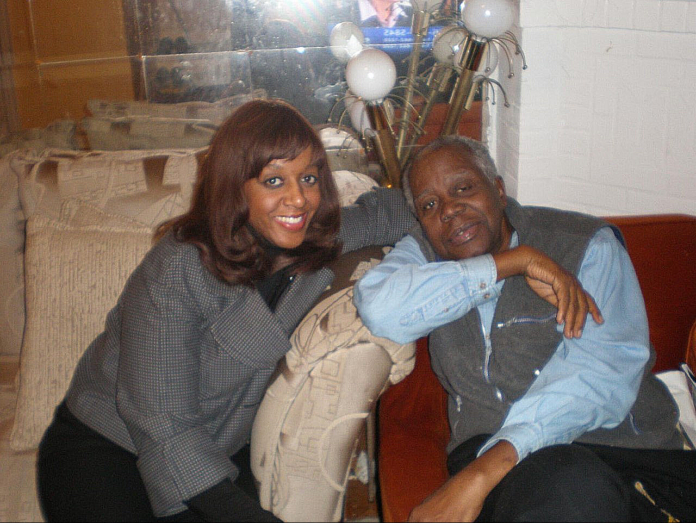 Over 57 percent of Black children live in a home without the presence of a father. The statistic is devastating. In our community, if fatherlessness were classified as a disease, it would be an epidemic. Fathers are a male child’s measuring stick for manhood. In many cases, boys raised without a father figure in their lives are twice as likely to drop out of school and more likely to smoke, drink, or use drugs.

However, what the studies fail to discuss often is that girls need their fathers too. Girls grow up to be women, and we need fathers who are emotionally invested in us to feel validated, whole, and loved. Through that first relationship with a strong, positive father who loves, protects, and values his daughter, the female then develops self-esteem, self-love, and self-respect.

My biological father passed away when I was an infant, and my stepfather left my mother when I was six years old, so there were no real close male role models in my life. However, I met Fritz at the age of 32. He was a family friend who knew my grandmother and mother in Haiti before they each emigrated to Brooklyn, New York, back in the 60s. My grandmother arrived first, my mother followed, and Fritz came many years later. They all reunited again after settling in Brooklyn. Even though Fritz arrived here as a poor immigrant who barely spoke English, he worked fervently to educate himself. He eventually became a college professor and even authored several books.

The relationship I cultivated with Fritz had such a positive impact on my life; his presence in my life was undoubtedly, a rich blessing.

Fritz and I typically met a couple of times a month to chat at a Borders bookstore located within New York City’s World Trade Center. There was a small eatery in the bookstore where customers could savor a leisurely cup of coffee. I always looked forward to my get-togethers with Fritz because his talking gems provided me with advice from career to life lessons that no textbook could ever offer. I didn’t do much talking during our chats. I simply came prepared with questions. Our get-togethers would generally all begin the same way. We would order cappuccinos, and blueberry muffins, scour around for a table, and then our riveting conversations would take place.

Fritz would share fascinating stories about his experiences, that would somehow perfectly answer any questions I had for him. I, in turn, would listen intently as he spoke and would even sometimes take notes. Fritz provided me with lots of invaluable career advice, but his fatherly advice was what I treasured most. I revealed to him all of my fears, hopes, and dreams. He made me feel comfortable enough to be my authentic self.

There was one bit of advice that was a constant in all the talks I shared with Fritz, and that is to never give up despite the curve balls that life would throw at me. He would also stress how being honest and forthright were:

My relationship with Fritz and his role as a father figure came to me later in life, but I valued every moment we spent together. I am grateful for the memories I have with that amazing man.

Sadly, as the years progressed, Fritz began to develop a series of chronic health problems. He passed away on April 29, 2012. As I followed the motorcade from the church to the cemetery, I reflected on how much Fritz meant to me. Oh, how I wish he could have entered my life when I was a child so that we would have had more time together.

Fritz helped to make me a better human being. And I honor his memory by paying it forward and being a positive mentor to my students because this is what he would have expected of me. So, Fritz, I hope your daughter is making you proud.

Mildred Antenor is an educator and social commentator. Her new book, “The Gladioli Are Invisible: A Memoir” is available on Amazon.com, and on her website Mildred Antenor: Bridging the Gap