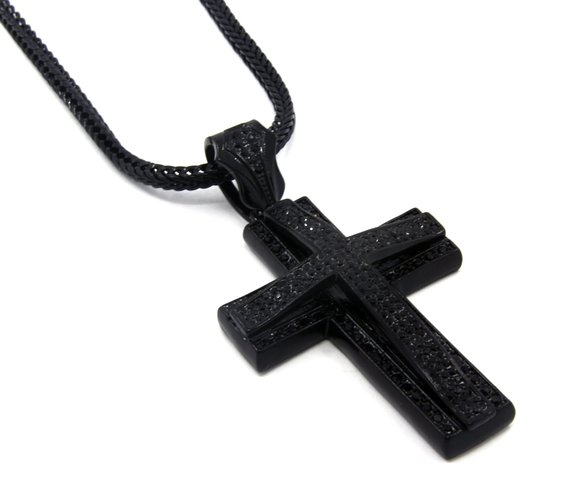 Black atheists? Unheard of? Religious institutions and denominations in the Black community have been, and continue to be, significant arenas for spiritual support, educational opportunity, economic development, and political activism. According to statistics, Blacks are the most religious group in the U.S., 87 percent of whom belong to an organized religion. Yet everyone does not hold otherworldy beliefs and there are a few Blacks, who have actually abandoned God, they have completely eradicated Christianity from their consciousness. These nonbelievers think that a person should only believe in things for which they have good evidence. Even though there are a number of traditional arguments used to prove the existence of God, none of them will convince an atheist. Nonbelievers argue that since religion is just a psychological fantasy, human beings should abandon it so that they can grow to respond appropriately to deal with the world as it is.

Delisa McAdoo is a 55-year-old Black woman who holds a Master’s degree, owns a successful business in metro-Atlanta, DFM Healthcare Solutions, LLC, and who once had a close relationship with God. The McDonough, Georgia resident made the decision to turn her back on God over two years ago and since then has not looked in a rearview mirror. Delisa is part of a growing number of Black nonbelievers, approximately 23 percent of them according to the Pew Research Center, who have become vociferous about their right to not believe in a God. Don’t get it twisted however, Delisa and others like her certainly know their way around the Good Book. After years of passing as solid Christians, many Black atheists are strapped with biblical ammo and ready to refute even the most obscure Old Testament absurdity, so watch out!

50BOLD: Did something happen in your life that made you become an atheist?

Delisa: I can’t pinpoint any one thing in particular that made me turn to atheism, there were in fact, several small things in Christianity that just did not add up. The most disturbing thing that made me both mentally and physically sick was the idea of tithing, where congregation members give a tenth of their income to the church.

At my place of worship, I was a member of the finance ministry, taught Bible classes and was teaching the practice of tithing to members of my church. I had been teaching this lie to seniors, poor single mothers, and to congregants at other churches. The entire idea of tithing really upset me particularly after I discovered that nowhere in the Bible is this practice mentioned. I found out that tithing was introduced to religion by the Roman Catholic Church as a form of taxation. After delving into its true meaning, I went into a deep depression because I felt, I had been used to teach a lie to my community of seniors and people of limited financial means.

50BOLD: As you well know in our community, religion plays a crucial role, what kind of reaction do you receive when you reveal to Black people that you’re a non-believer?

Delisa: I’ve received various mixed reactions upon revealing that I am a staunch non-believer. While dining with a group of friends at a restaurant, I was cursed out. When I told my aunt about my convictions, she became physically ill and lost her appetite. My sister who is a ‘first lady’ at her church was shocked when I revealed it to her. Many of my church and clergy friends have stopped communicating with me. Yet, I can completely understand their actions because of the various roles I’ve held in connection to the church–attended two seminary schools, taught Bible classes, as well as preached from the pulpit as a minister.

50BOLD: What is your response when people question your morals because you have no belief in God?

Delisa: I can’t say that my morals have been questioned because of my disbelief. People who know me understand that I have continued to do the same positive things I was doing before I left the church. I’m still involved in so-called ‘missionary’ work by providing to the needy. I’m told by many Christians that God is continuing to use me even though I’m no longer a believer.

Morals are subjective. If you look at the current climate in America (accusations of child molestation, discrimination against people of color, unjust judicial system, police misconduct, laws to increase the wealth for the rich), many of these horrible acts are performed by self-proclaimed Christians.

The prisons are filled with Christians who have committed heinous crimes. Christians are aborting their unborn. It is a Christian nation that believes in capital punishment. Members of the clergy are just as likely to get divorced as the men and women who stand before them at the altar.

If asked where do I get my morals from, I would then ask the same from these conservative evangelical Christians.

50BOLD: Do you believe there is life after death?

Delisa: No, I do not, life ends at the grave.

50BOLD: What do you think happens after we cease to exist?

Delisa: Upon dying, I believe that a person’s body decays, becoming food in order to replenish the earth’s soil.

50BOLD: Our folks, for the most part, have been extremely faithful and abiding servants of God which over time has somehow helped us to endure adversity as a people.  As an atheist, what helps you get through challenging situations?

Delisa: After examining the negative effects that the church has had on African Americans and people of color throughout the diaspora, I fail to see the role of the church with regards to adversity in this country. I view the church as an institution that has brainwashed millions, people have used religion as a crutch to not to do things for themselves. The church teaches one to pray, hope, and have faith. It does not teach us to be proactive in helping to get us out of the adverse situations we find ourselves in.

The church is a drug that has been used to help people temporary forget the challenges that are going on in their lives. Black people as a whole are family-oriented people who love being part of a community.   The church is that community for them. It is a place to socialize and be entertained on a weekly basis. After examining the negative effects the church has had on me in the past, I am grateful to have escaped and survived this cult. I continuously remind myself that I am free to be a whole person. I am someone who can think and discern truth over fiction and can remedy my own problems.

I believe if Black people were to break away from the church we would be better off as a people. If you examine the groups of people that are the most religious, in my opinion, they appear worse off financially, educationally, and healthwise. Why can’t we handle our own challenges without the help of religion?

Religion is like a mental illness and its only cure is faith.  Faith never cured anyone, it is just a belief in unverified facts. Faith just gives people unending hope that just never comes to fruition.

50BOLD: How does your family feel about this life choice, did you raise your children to be an atheist?

Delisa: I do not have children. My family still finds it hard to believe that I have left the church. They are tolerant of my decision however because I was always considered the ‘strange’ sibling and a leader, not a follower. They are however impressed with how I am still helping others who are less fortunate, even though I no longer belong to an organized religion or a church. I like to tease them about their religious beliefs at which at times can be very comical.

50BOLD: How do you explain where we come from?

Delisa: I have come to the conclusion that I do not need to know, or explain everything in life. I believe no one will ever know, or be able to explain everything in life. Therefore, there is nothing wrong with saying… “I don’t know.” I have a Master’s Degree in chemistry and have studied science, physics, biology, astrology, genetics, archaeology, history, and religion. I understand that I do not have to know everything about where we come from. As far as where we came from science is an ever-changing phenomenon and finding answers to the unknown never ceases; they have developed solutions that are much more logical, more consistent, and better supported by evidence. After all, not long ago the world was thought to be flat!

If people were to truly study history, or perhaps even read their bible, many would come to the conclusion that they did not come from, where they’re taught they came from.  The two most difficult things for the masses to do is think and use common sense. Thinking is painful and common sense is not so common.

50BOLD: Many believers might pose the classic question…“You can’t see air, but you know it’s there, why can’t you feel that way about God?”

Delisa: I would just ask them to give me one concrete piece of evidence that proves God really does exist. A person’s mind can make them believe in anything. If someone wants a God to exist, then it will exist because the mind is a powerful influence.

50BOLD: Was there ever a time in your life when you had second thoughts about being an atheist?

Delisa: Yes! I had second thoughts about doubting the existence of a God, even considered myself an agnostic at one point. I also pondered the idea of an existence of a hell. I wondered what if I had made the wrong decision, would I end up in hell? Would I be condemned to an eternal life of torture? After I learned that the idea of hell was introduced to religion in order to control people, I was okay with being unapologetically atheist.

Can we get an AMEN for Anna Maria Horsford!

“I need help!” Should I end my relationship?