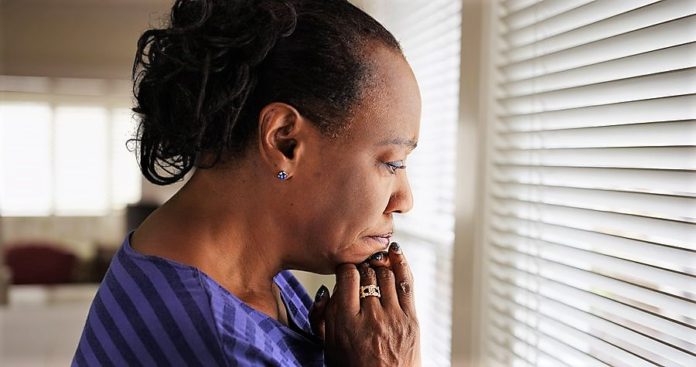 Sadly, the older we get, the more loved ones we lose. When someone loses a child, spouse, parent, a person who was very close to them, the heartache they claim to feel is very real according to the medical community. The proverbial broken heart can actually trigger physiological symptoms that can lead to a rare condition known as Broken Heart Syndrome (BHS).

BHS, also known as Stress-Induced Cardiomyopathy or Takotsubo Cardiomyopathy is a cardiac-related problem that has also been linked to depression. The condition can strike even the healthiest person who has never experienced a cardiac-related episode. Older women are especially prime candidates for the condition that can be brought on by an emotionally stressful event like a death of someone cherished, divorce, job loss, domestic abuse, car accident, breakup or separation, betrayal or even romantic rejection.

Beloved actress Debbie Reynolds who passed away just one day after the death of her daughter, Carrie Fisher, is said to have have suffered a broken heart upon receiving the news. “She said, ‘I want to be with Carrie,'” Reynolds’ son, Todd Fisher, told the Associated Press. “And then she was gone.”

The problem can also occur after experiencing total elation like winning the lottery or a surprise party.

The BHS diagnosis can, at first, be misdiagnosed as a heart attack because the symptoms and test results are in fact very similar. The difference between an actual heart attack and BHS is that the heart’s arteries are not blocked. A portion of the heart in BHS functions normally, but another section enlarges and fails to pump enough blood to fulfill the body’s needs. Unfortunately, the syndrome can also cause temporary heart muscle failure which can be severe and lead to death in a small number of cases.

The condition, however, is treatable and many who are stricken can expect to make a full recovery within a few weeks with very few lingering aftereffects.

What are the signs of BHS?

Even though BHS is still somewhat of a puzzle, there have been enough cases for it to earn a name.

If your physician thinks you’re suffering from BHS, they will probably order a coronary angiography that uses dye and X-rays to reveal the interior of your coronary arteries. Other ordered diagnostic tests to determine if you have BHS can include:

A word of caution.  Any long-lasting or persistent chest pain could be a sign of a heart attack, so it’s important to not ignore any of the signs and to immediately call 911 for help.