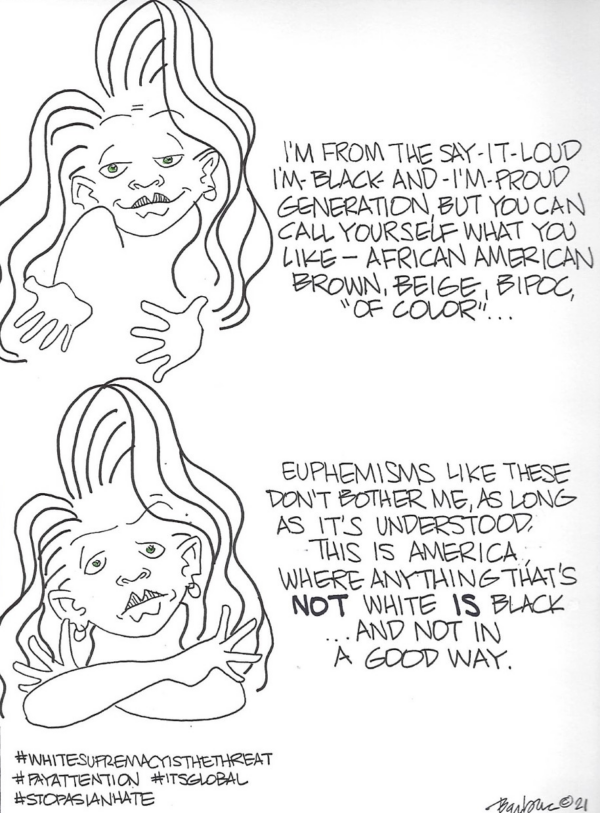 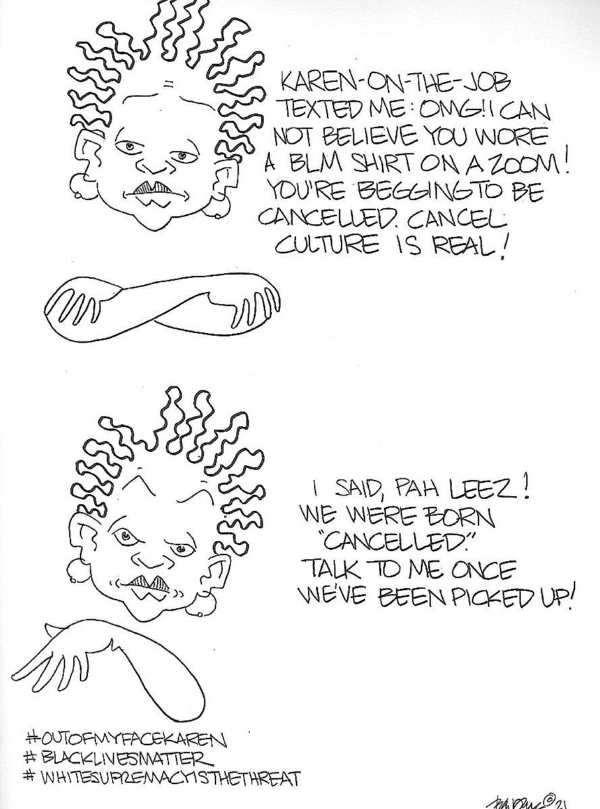 “Where I’m Coming From” is the creation of Barbara Brandon-Croft, who is the nation’s first Black woman cartoonist to appear in the mainstream press. Making its debut in the Detroit Free Press in 1989, it was later picked by Universal Press Syndicate for national and international distribution from 1991 to 2005. Brandon-Croft continues to produce her strip “out of necessity” online. @barbara.brandon-croft