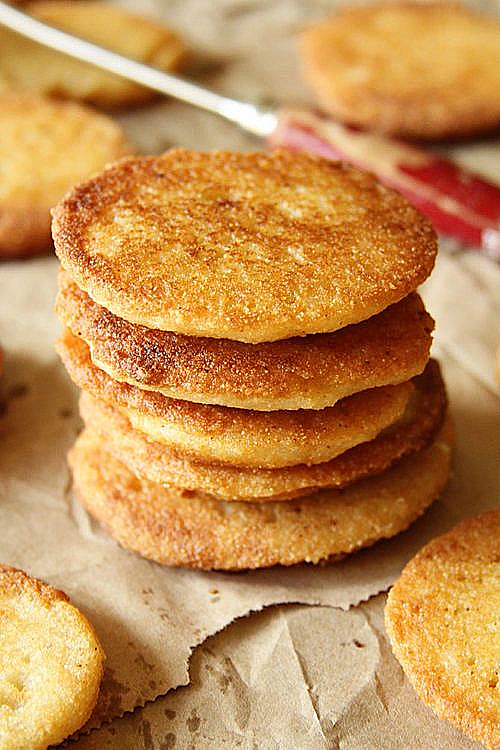 Actress and businesswoman extraordinaire Vivica A. Fox knows how to cook but doesn’t really get the chance to do so often. In her book Everyday I’m Hustling, Vivica offers readers a recipe for Sug’s Hot-Water Cornbread that will have folks hogging the butter to slather on the golden-brown creation.

Vivica gives her older sister Sugie (Sug) credit for the recipe. Sugie cooked for the family when Vivica was growing up and always managed to stretch a meal.  Sugie learned how to make the hot-water cornbread exactly to their Mississippi mom’s specifications.

Even though Vivica’s favorite place is not the kitchen, she did learn how to make the cornbread she so enjoyed eating as a child and still does. The performer admits that the treasured recipe is still a fave in the Fox household especially around New Year’s when it is accompanied by a mouth-watering dish of black-eyed peas.

Here, Vivica shares her family’s yummy recipe with you:

About 2/3 cup of boiling water

Grease or lard (you can also use leftover bacon fat)

Get the grease or lard nice and hot in the pan. Pour fat to a depth of about 1/2 inch in a large skillet.

Meanwhile, mix the cornmeal in a bowl with the egg.  Slowly add the hot water, carefully stirring with the back of a fork until it’s cakey like Play-Doh. If it is too loose and mushy there is too much water, so just add a little more cornmeal. If the mixture is too dry, add a little more water.

Spoon or pour the desired amount of pancake-style mix into the hot grease or lard. Flip them when you see the edges begin to brown. When both sides are golden brown, they’re done. Drain on paper towels.