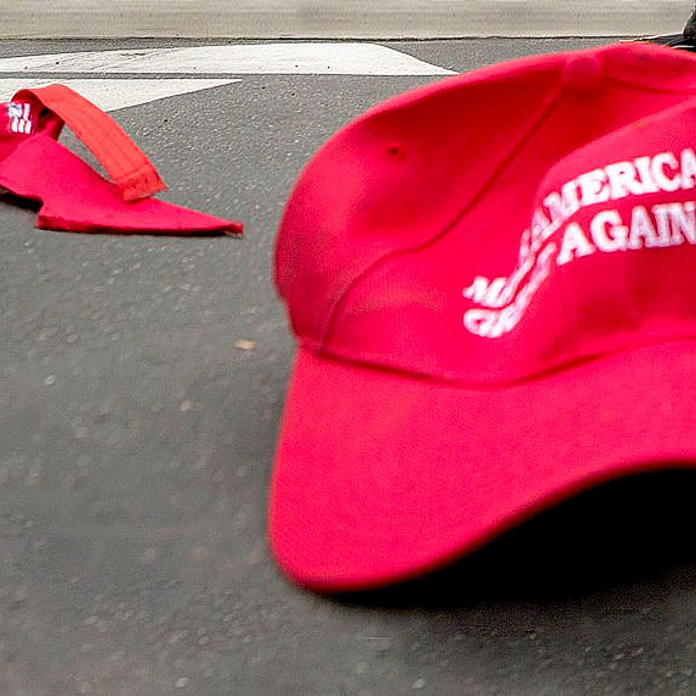 Today, the last bald eagle dropped dead on the wing,

choked and bloated on rotten fox.

Today, dancing bears stumped in the red neck of the woods

toward the edge of the precipice.

Today, a mole emerged in the rose garden,

Today, the forecast is for four more years of winter in America.

Climate change has come to the political landscape too.

A chill wind blows down from the Urals,

where red lips whisper wet pink and a buck,

and now the old goat smells of piss and pander

Hobbled by hoof in mouth, arrested at the border of reptilian reflex

and a fear of self-reflection,

He was incapable of making the great migration

into sapient society with the rest of us.

Today, he beats his chest, and bleats a mindless tweet.

Today, the surgeon general found a mole on the nose of our notions,

as plain as the nose on your face.

It could be cancerous.

Today, the last Rep of conscience left the party,

the house trashed, feds on the way, the crime scene

He doesn’t know it yet.

Khephra Burns is an author, editor, playwright, poet and veteran of television, stage and live events productions. He is a partner and executive with the International ArtsGames Committee (IAC) and senior producer for the ArtsGames. He’s also editor-in-chief of The Boulé Journal of Sigma Pi Phi Fraternity.