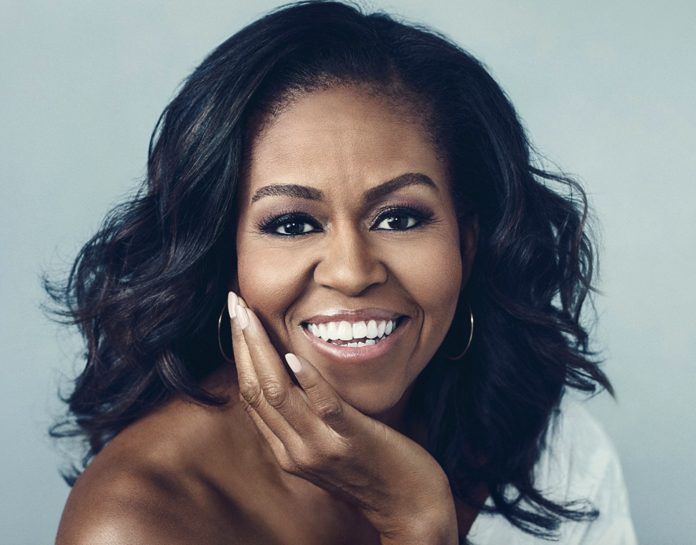 It’s quite the humbling challenge to read and then try to write a cogent, well-thought-out review of the spanking new memoir, Becoming, written by Former First Lady Michelle Obama. In addition to being gifted, highly intelligent, articulate, accomplished and driven, Michelle is also a beautiful, self-confident, 50-something Black woman, like me and many of the readers of this essay do aspire to be. How to do justice to her amazing endeavor? With much fear and trepidation, I’ll try. 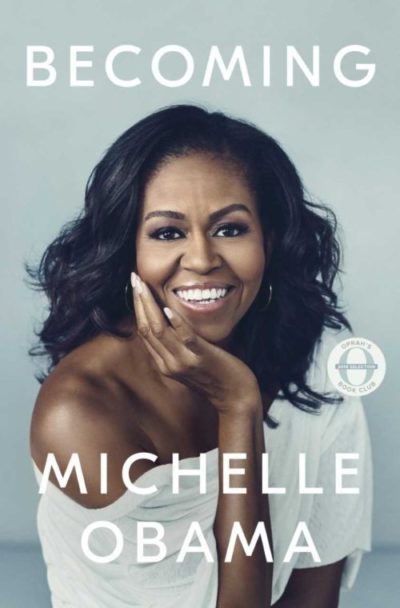 In well-written, accessible prose, Michelle LaVaughn Robinson Obama, begins her story with her early childhood and ends it, as she settles into becoming Jane Q. Citizen, after eight productive years as the First Lady of our country. As her book title, along the ride, we vividly see how Michelle became the giant she is today, with people now cheering and goading her to have her own presidential run!

Yet, even this super-confident woman would occasionally have doubts about her abilities. In that sense, she is much like us regulars. But she strived, and she overcame, which is the essential message of this book.

What sticks out most to me is that the chapters about Michelle’s early life could be used as a national primer for how to raise Black inner-city children right. And Michelle describes situations where this smart brand of parenting is revealed.  One day, a feisty and fearless Michelle summoned up the courage to talk back to her domineering great-aunt Robbie who dubbed as her piano teacher; she was only 4 at the time.

“My parents expressed no sympathy for my woes and none for Robbie’s, either. In general, they weren’t ones to intervene in matters outside schooling, expecting early on that my brother and I should handle our own business. They seemed to view their job as mostly to listen and bolster us as needed inside the four walls of our home. And where another parent might have scolded a kid for being sassy with an elder as I had been, they also let that be. My mother had lived with Robbie on and off since she was about sixteen, following every arcane rule the woman laid down, and it’s possible she was secretly happy to see Robbie’s authority challenged. Looking back on it now, I think my parents appreciated my feistiness, and I’m glad for it. It was a flame inside me they wanted to keep lit.”

Later Michelle found herself in a second-grade class with a disinterested and “incompetent” teacher, unruly kids, and no learning happening; she complained to her mother. Unbeknownst to Michelle, her mother went to the school and pulled strings so that she and other high achievers were tested and “reinstalled permanently into a bright and orderly third-grade class upstairs, governed by a smiling, no-nonsense teacher who knew her stuff.”

As Michelle relates, “It was a small but life-changing move. Now that I’m an adult, I realize that kids know at a very young age when they’re being devalued and when adults aren’t invested enough to help them learn. Their anger over it can manifest itself as unruliness. It’s hardly their fault. They aren’t “bad kids.” They’re just trying to survive bad circumstances.“

Michelle was on her way to finding her voice.

Michelle’s parents, Marian and Fraser Robinson, took their two children to cultural events and immersed them into the extended family of grandparents, aunts, uncles, and cousins. All were striving in a working class neighborhood that rapidly turned all Black, as white flight was taking hold. Michelle’s parents raised their children to be thinkers and independent. Although her parents attended community college but never finished, they knew that education was the way out of miserable circumstances caused by the glass ceiling of rampant racism. While Michelle’s parents due to economic priorities, hadn’t fulfilled their potential, they made sure their children received the best of everything. Thus Michelle’s family of four was surviving on Fraser’s meager salary. Marian would later re-enter the working world, to pay for a good Catholic high school education for Michelle’s older brother, Craig.

Reading about Michelle’s early life, I often felt twinges of jealousy. How much farther ahead would I have been, had I been parented in this way?

That both children landed at Princeton University was greatly the result of years of hard work and inspired parenting by the elder Robinson’s. But there was a snag. A high school counselor informed Michelle that she didn’t think she was “Princeton material.” Michelle refused to accept this racist tort. She applied to Princeton, was accepted, and joined the freshman class.

I’m tempted to tell you the whole book, which I obviously enjoyed so much. But that would be a disservice to you. Suffice it to note that Michelle went on to Harvard Law School and became a high-powered corporate lawyer at a major law firm in Chicago. At the firm, Michelle was asked to mentor a new summer intern, the well-respected Barack Obama, then a student at Harvard Law School. Given all that she brings to the table, Barack was smitten early on, and the couple eventually married.

What happens when two highly motivated, intelligent people join forces? Magic! And magic is what we saw during the Obama White House years. Barack was driven to make the world a better place, starting with community organizing in Chicago, then in elected political offices. He was becoming well known, admired, respected and became a rising star in the national Democratic Party. He was pushed to run, and as we all know, eventually became our 44th United States President. And Michelle stood right by his side, campaigning for him, encouraging him, yet she so candidly admits in this book how she felt at the beginning.

“He (Barack) spoke so often and so passionately of healing our country’s divisions, appealing to a set of higher ideals he believed were innate in most people. But I’d seen enough of the divisions to temper my own hopes. Barack was a Black man in America, after all. I didn’t really think he could win.”

But prevail, Barack did, and the family, which included two beautiful daughters, Malia and Sasha, became public, heavily guarded figures for a two-term presidency. Through all this upheaval and busyness, Michelle found her own voice, first pre-presidency when she shifted to jobs that were more satisfying and meaningful to her, then and always mentoring. As First Lady, she attacked problems endemic to our society. These included childhood obesity and increased access to education and leadership training for young women across the globe.

Michelle asserts that she felt hurt by the racist reactions by some white people to her husband’s presidency. But with her now-famous slogan, she articulated, “When they go low, we go high!” These are helpful words to for us to hear, given what we see currently in national politics. In the light of day, many Republicans use racist pronouncements to garner votes among white people scared by the minority/majority projections. These white people believe they are already outnumbered, that their dominance is diminishing, and that they are being discriminated against. Along came Donald Trump, a man with a decades-long history of racism and who ran a race-obsessed campaign succeeded Barack Obama, shocking many in this country.

Even though Obama governed as president of all, notably filling 2 Supreme Court vacancies with not one Black person, and unless I’m mistaken, appointing only one Black Cabinet member, some in white America had the audacity to declare that Obama “hated whites.” That may be the saddest part of this story, as it was untrue. In fact, as Barack is biracial, he is as much white as Black. Obama was the product of a white household. He loved everyone, but fear on the part of some whites blinded them to this reality. And his presidency was highly successful. He got America out of the Great Recession, took care of Osama Bin Laden, and did many other remarkable things. As my brother once observed, “Obama will someday be considered one of this nation’s best presidents.” And he had a strong Black woman at his side.

Michelle Obama entitled her book, Becoming. And becoming indicates a journey. Reading this book helped me to fully appreciate all that the Obamas did for this nation. When Barack was president, I was working full-time and didn’t have much spare time to keep abreast of all the news. I did hear many criticisms of Obama in the press. My father said at one point, “Does Obama really know what he’s doing?” Saddened, I took my father’s words to heart and I became a doubter.

But reading this book showed me the story from Michelle’s unique perspective. I got to relive and celebrate the Obama presidency and you will too, when you read this book.

Becoming would make a wonderful Christmas present. Michelle has a positive message that is a must-read for young mothers, those wanting to keep positive to succeed, and well, just everyone. And I see that after reading Michelle’s book, I too, am gradually finding my own voice. As Michelle so wisely stated, she is “Becoming,” just as we all are. What a gift she gives us!