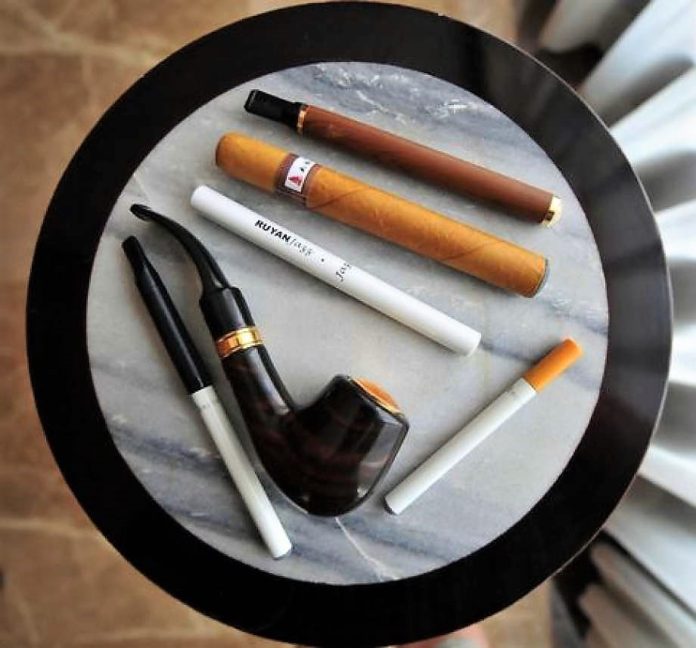 For the last 25-years, James Anderson, 62, has smoked a pack of cigarettes a day. The Lumberton, North Carolina resident, would like to quit but thinks he is just too old. “Sometimes I think about slapping on one of those patches or trying one of the drugs that help with nicotine urges, but then I convince myself that they will not work!  I feel I might be too far gone with my smoking habit for anything that can truly help me put down these cigarettes.”

Anderson like so many African Americans began smoking later in life. According to statistics, the smoking prevalence of Blacks continues to exceed that of whites primarily as a result of their lower success with quitting. Another factor that influences health with regards to smoking is that Black people prefer menthol cigarettes (11 times more likely than whites) which have a dangerously higher tar and nicotine content. Researchers from the COMMIT Research Group state that there is high motivation to quit smoking amongst particularly older African Americans because of health concerns but these serious attempts often end in relapses due to their high nicotine dependence.

No matter what age, choosing not to smoke improves overall health.  If you stop smoking you will not only add years to your life (smoking decreases lifespan by 10 years) but also have more energy and also save money. Smoking causes 1 out of every 5 deaths in this country every year and increases your chances for getting sick from any number of illnesses such as:

Lung disease: smoking can lead to chronic bronchitis, emphysema or chronic obstructive pulmonary disease (COPD), all three can result in shortness of breath and can cause serious lung damage over time

Heart disease: smoking can build up plaque (atherosclerosis) inside the coronary arteries of your heart, and over time, the habit increases your risk of having and dying from heart disease, heart failure or heart attack

Cancer: smoking can cause cancer of not only the lungs but of the mouth, larynx (voice box), esophagus, stomach, liver, pancreas, kidney, bladder and cervix

Respiratory issues: in addition to the lung diseases smoking can cause, if you smoke, you have a greater chance of getting the flu, pneumonia or other bronchial infections

Eye diseases: smoking can lead to eye diseases that can cause loss of vision and blindness, including cataracts and age-related macular degeneration

Understand that nicotine is a drug

Nicotine is the drug in tobacco that causes a smoker to get hooked. Some folks who give up smoking have no withdrawal symptoms but for others, the overwhelming cravings they feel are difficult to deal with and can make them feel tired, angry or hungry. Others going through smoking withdrawal might experience headaches, depression or sleeplessness but the feelings gradually go away as time progresses.

Cigars, pipes, chewing tobacco and snuff are dangerous too

There are some folks who firmly believe that cigars, pipes, chewing tobacco, and snuff are safer than puffing on cigarettes—WRONG!  Smokeless tobacco can lead to cancer of the mouth and pancreas. It also causes precancerous lesions, gum problems and nicotine addiction. Pipe and cigar smokers may wind up with cancer of the mouth, lips, larynx, esophagus and bladder. Inhalers might be facing lung cancer down the line, so no one who fools with nicotine is safe.

E-cigarettes are small battery-powered devices that kind of looks like futuristic cigarettes filled with a solution of liquid nicotine, water, and propylene glycol. When you take a puff, a battery will heat up the solution and create a vapor you can then inhale and doing so is called “vaping.”

Since there is no long-term safety data in place yet about e-cigarettes, they have been deemed a mix of potential harms and benefits. True, they are less lethal than conventional cigarettes. But according to a 2016 study from the University of Connecticut, e-smoking can cause the same level of DNA damage to the lungs as tobacco, the changes of which confer to a greater risk of cancer.

It seems the dangers of e-cigarette can extend well beyond the risk of tar.  Certain e-cigarettes may also contain ingredients toxic to humans. In recently published cases, the FDA found anti-freeze in two leading e-cigarette brands and higher traces of formaldehyde in high-voltage e-cigarette products. The fact is we still don’t even know what is in many of the e-liquid solutions being sold. The prolonged inhaling of certain flavorings (such diacetyl used to imitate popcorn butter) can cause irreversible lung damage, according to the U.S. Surgeon General.

You can kick the habit no matter how old!

You have got to decide to quit and circle a date on your calendar as to when you will commit. Put a plan in place as to how you will quit and stick to it. You might need to try a few approaches to quitting before one actually sticks. Once you do put down the pack, you’ll begin to feel better about the new lease on life you’ve gifted yourself with! Try these suggestions to help get you started:

Speak with your doctor about wanting to quit and to discuss gums, patches, lozenges, or OTC meds

Try this online mobile tool www.smokefree.gov that offers loads of great info on how to become and remain a non-smoker

Rally folks around to help you kick the habit