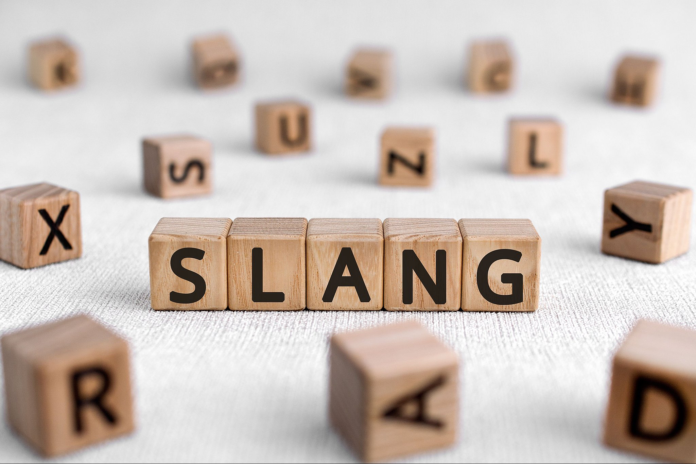 If you want to feel ancient, just listen to youngins speak whenever they are with their friends. You probably won’t understand half of what they are saying! But thankfully, 50BOLD can help you decipher your grand’s strange-speak. BTW, most of the slang words/phrases below originated in our community!

Cancel Culture–You’ve heard this term thrown around lately. It is the digital cancellation of people, brands, shows, and movies due to what some consider to be offensive or problematic remarks, behaviors, or beliefs. A person’s reputation can suffer irreparable damage after being canceled.

Glow Up–Glow up describes a makeover or transformation from bad to good in some way.  “He’s really had a glow up since the last time I saw him!”

I’m Baby–Feeling helpless or not capable in a certain area of your life. “I’m baby at cooking!”

Stan–Stan combines the words “stalker” and “fan.” A stan is an obsessive fan of something but not on a creepy level.

Woke–The word became a kind of watchword for the Black Lives Matter movement – a call to arms against the various racial injustices still occurring in the United States, and beyond. It refers to being aware or well informed in a political or cultural sense, especially regarding issues surrounding marginalized communities.

Sip tea–A cute phrase that describes just kicking back and enjoying the gossip that is brought to you by someone.

Wig–Wig is what you say to express admiration for something when it is so exciting to you that your wig might be blown off. Example: “I’ve got free tickets to the Earth, Wind, and Fire concert!”  Response: “No way, omg, WIG!”

Ghosting–The word describes the act of someone cutting off all communication without explanation.

Hypebeast–If someone chases trends they are hypebeast.

Periodt–A way to express facts with an emphasis, usually used at the end of a sentence. “I don’t like what he is stating, periodt!”

Dms–An abbreviation for direct messages as in contacting someone privately via Instagram for example.

Wylin’–If you’re acting out of control, then you are wylin’.

Gucci--It is a slang that means something is all good, great, cool.

Sick–When something is sick, it is cool or excellent. “Gurl, your outfit is sick!”

Snatched–It is a compliment given to someone who is fierce, perfect, or on point especially when it comes to how they look.

Thirsty–The term is used to describe someone who is desperate.

Sus–If you see a person who is suspicious, they are sus.

Grimey–If you’re a backstabber, then you are grimey.

Netflix and chill—Sounds pretty tame, doesn’t it?? Maybe you’re at work right now thinking of how nice it would be to get comfy on the couch and watch Netflix tonight with a glass of vino. When your grands says it, unfortunately, it means that they are using that as a front to have someone over (or go over their house) to make out and possibly more.

FOMO–The acronym stands for “fear of missing out.” This is a state of anxiety that an exciting or interesting event may currently be happening elsewhere that you are missing out on. The feeling of angst can plague anyone young and old.