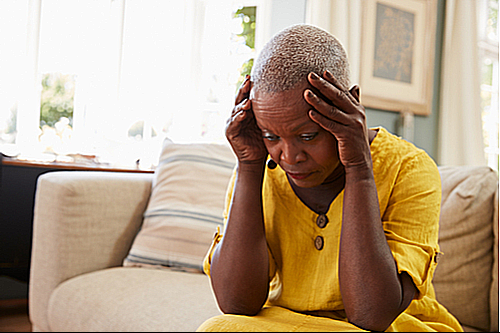 Soul Train host Don Cornelius, songstress Phyllis Hyman, musician Donny Hathaway and soap opera star Kristoff St. John were all celebrated African Americans who took their own lives. The unexpected suicides of all these stellars who appeared to be living their best lives shocked us to the very core.

Unfortunately, the tragic self-destructive event that can leave devastating emotional wounds for its victims’ families is on the rise.

It is also extensively documented that the highest suicide numbers for all U.S. groups exist among older adults (over age 65).

According to the Centers for Disease Control and Prevention, many who complete the act of killing themselves do not reveal their intent to a health professional before doing so. If they communicate a plan to anyone, it is more likely to a close friend or family member.

Despite the published facts, there is a terrible misconception that Blacks do not commit suicide. In her book Black Pain: It Just Looks Like We’re Not Hurting, author Terrie M. Williams discusses how the stoicism Black people are taught can only lead to denial, isolation, and unspoken depression. Essentially, our inability to speak our pain is killing us.

When a group of people is forced to deal with stressors such as systemic racism, police brutality, and gaps in healthcare, education, wealth, and unemployment, they can become at risk for developing mental illness. Blacks are not exempt from developing emotional problems, and suicide is mainly caused by a mental illness, depression.

What can lead to suicide?

A number of mental health associated factors can place someone at a higher risk for suicide:

Are there suicide warning signs?

According to mental health experts, folks who take their own lives don’t really want to die; they are only seeking to end their pain. There are, however, sure signs and behaviors before a suicide attempt, such as:

Folks who decide to take their own lives may not seek the emotional help needed because:

Therapy is crucial for someone who is contemplating suicide. A mental health professional can evaluate and treat someone who is at risk of suicidal behavior.

Sadly, one-third of people who attempt suicide and are unsuccessful will try again within a year. About 10% of people who make threats or try to take their own life will eventually kill themselves.

Acknowledging pain is scary. But there is a balance between dark and light. A sign of strength is asking for what you need. If you or someone you know is talking about suicide, know that help is available. Contact the National Suicide Prevention Lifeline at 1-800-273-8255 (1-800-273-TALK), where you can receive free and confidential support anytime day, or night. Call the local emergency number (such as 911) right away if someone you know has attempted suicide. DO NOT leave the person alone, even after you have called for help.