It’s been over four decades since I witnessed the success of an epic Black film. In 1977, Roots, a miniseries adaptation based on a novel by Alex Haley, captivated this nation. It was then, that over 100 million people in this country tuned in to witness the atrocities Africans suffered during The Middle Passage, and slavery. The fraught racial history in this country was also dealt with in Haley’s generational saga. As a Black child raised in the 60s, there were misconceptions about our history taught in schools that gave many a distorted view of African people and African Americans.

When I first heard the title of the Marvel Comics Universe film, Black Panther, I associated it with the Black Panther Party of the mid-60s. The organization was the largest and most influential Black revolutionary group of the times. One of the group’s original goals was to protect African Americans from police brutality, a challenge that is still very relevant today. The social consciousness of many African Americans changed during the racially turbulent times of the 60s.  It was an era when we stood up for ourselves and took action.

Now, some forty years later, the film Black Panther, named after a Marvel Comics character that existed before the organization or movement, accomplishes the task of celebrating Blackness and giving us yet another dynamic and memorable cinematic moment. The depiction of Wakanda, the fictitious, highly advanced African nation, represented a taste of Black Power and its infinite possibilities. I was pleased to see essential messages dispersed throughout the film that included: trust, loyalty, astuteness, spirituality, love, and homage paid to our ancestors.  I also took pride in seeing a cast that was mostly Black and where profanity and the N-word were never uttered.

Seeing the elders revered in the film was also inspiring and humbling; we are here today because of our esteemed ancestors who made it through The Middle Passage. Observing the genius of Shuri (played by actress Letitia Wright), T’Challa’s younger sister, was awe-inspiring. Watching the young woman implement her knowledge of advanced technology, math and science serves as a  reminder of our excellence. Our ancestors excelled in astronomy, agriculture, architecture, engineering, mathematics, medicine, metallurgy, physics, and writing systems. Shuri’s positive image was extremely important for young people to see and emulate.

Black Panther brilliantly portrayed strong Black women through not only characters like Shuri but General Okoye, played by Danai Gurira. It was amazing to experience the fierce power of Black women in the film and of what they can achieve when they use their capabilities to their fullest potential.

There is a critical need for even more inspiring and uplifting films and books to be created about our people. There are folks worldwide who are hungry for knowledge that fills an inner void. It is time for us, as a people, to continue to write and tell our own stories. Since the record-shattering, box office success of Black Panther, no longer can Hollywood use the excuse that Black films are not profitable worldwide. Black Panther has kicked the door down to make way for other stellar films to come forth.

It’s critical that we strive to learn our history and to know our purpose in life.

During the 60s and 70s, the uplifting and healing energy of Black pride, and the love of self, and of our people have remained with me to this very day. I’ll never forget how our enslaved ancestors were told that they would never be free, and that their descendants would always live in bondage. We must not believe the negativity that surrounds us about who we are as a people. Our ancestors envisioned a better world for us, their descendants, we must continue the work and hold on to the vision of a better world for our future generations.

Now is the time to adopt that Wakanda state of mind and to go forth to bring out the innovative creativity and greatness within you; immerse yourself in this awakening. Trust God and know that the ancestors are with you. Teach our youth on whose shoulders they stand, so that they will remember and understand that they come from a mighty people.

There is an undeniable depth and soul in the film that takes you by surprise, an emotional intimacy that lingers long after the credits roll. It is a new day, and we must all strive to accomplish what we came here to do as a people. In the words of academician and intellectual, John Henrik Clarke, who spoke of the incredible ancient Africans who built astounding civilizations, like them we too, “will take that great and mighty walk one last time.”  Black Panther has placed the ball back in our court by showing the world who we are. Now we must take that ball and run far with it! 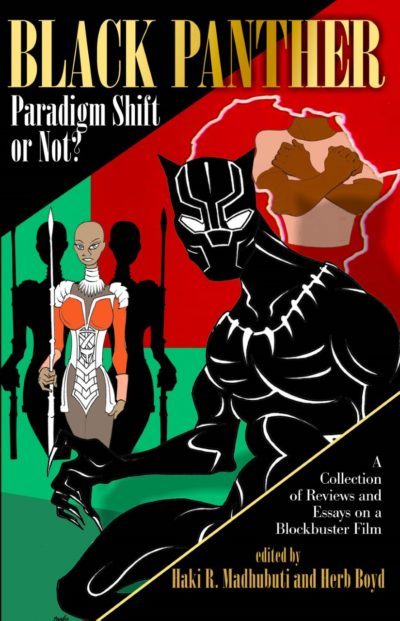