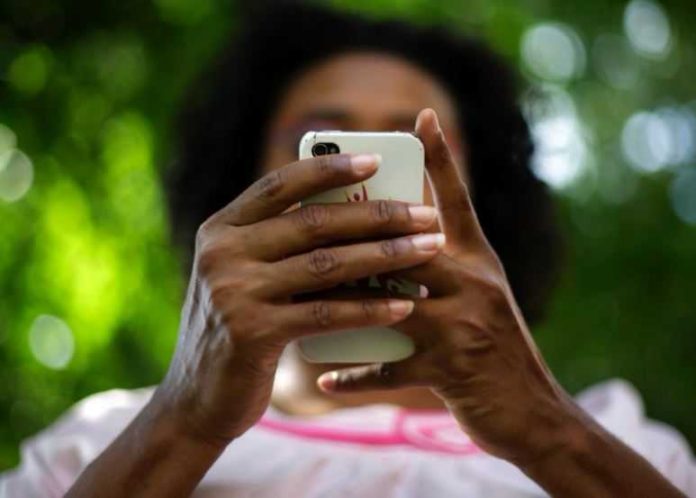 People didn’t start using the term smartphone until 1995. Now, these devices have become so ingrained in our lives that it is difficult for many of us to consider going about our days without them at our side. According to the Pew Research Center, 95% of American adults have a cell phone. Whether it’s checking in via email in the evening, scanning social media sites while you’re on the move, or connecting with someone far away, smartphones enable us to plug in conveniently and efficiently. There has to be, however, some boundaries put in place with regards to their use.

These palm-sized mobile devices have turned many of us into digital addicts. And now, there’s even a name for the addiction, nomophobia, the irrational fear of being without your mobile phone, or being unable to use it for some reason, such as the absence of a signal, running out of battery power or minutes. The word nomophobia is a portmanteau made up of no + mobile + phone + phobia.  The term was created by YouGov, a research organization based in the United Kingdom.

Unfortunately, I too have developed a bad case of nomophobia! This past summer, I vacationed in the Virgin Islands. On my first evening, I was getting ready to charge my phone in the hotel, and lo and behold, I brought the wrong charger. Suffice it to say, I literally freaked out! The next day I rushed to town, going from store to store, desperately seeking a phone charger that would fit my device. I finally found one at a kiosk inside a large retail store. As I look back at that time in space, I realized that all of the anxiety I suffered categorizes me as a bonafide smartphone addict.

Wait, I certainly am not alone! A recent study reported that a whopping sixty-six percent of adults suffer from nomophobia.  More women than men are afraid of being phoneless. Last year, the Chicago Tribune reported on a survey from the mobile app company TeleNav Inc., which showed that 40 percent of people with iPhones said they’d rather give up brushing their teeth for a week than go without their phone. YIKES!

OK, so I digress! Getting back to how these devices are in such contact with our bodies that they’re practically like a second skin! Whether you have nomophobia or not, there are certain smartphone etiquette rules that we all need to live by, so that we can appear more civilized to those around us…TAKE HEED!

Turn the Volume Down on Your Voice

Stop shouting. Folks who feel compelled to blast their conversations publicly are annoying! Be aware of your voice level and bring down the noise. With all of the advanced microphone technologies of today, you can have sirens blaring all around you, and still be heard on the other side.

You Are Not a Paparazzi

Must you take pictures and videos of every single thing in view? Take some time to appreciate the real-life experiences in a moment before you begin to snap away. A famous photographer once said that images always come out better when you have already lived them. Exercise some discretion and don’t forget to ask permission if you’re going to snap a stranger’s picture!

Who gives a darn if your message is from your iPhone or Samsung. In the settings section of your mobile email, personalize your signature with your name or even a positive quote.

Proofread your texts and emails before you click send. Grammatical and spelling errors are a real nuisance.

When looking at a person’s photo album, by all means, ask the person if you can swipe to view other photos because after all, it is their personal album. Maybe they have a few photos they do not want to share with someone else.

Don’t Chat on Your Phone While Conducting Business

Give the folks in your presence the courtesy of having your full attention. Don’t step up to a counter, such as at a bank or post office while chatting away on your cell phone. Don’t carry on a conversation while someone is waiting on you. Give consideration to those folks in close proximity to you, instead of to those, who are at the other end of your call!

No one wants to hear an obnoxious ringtone, it is irritating, to say the least! Granted, there are loads of ringtones available for downloading but opt for one that is professional. Someone over age 50 should definitely not have a ringtone that is more geared towards the Similac set!

Be Courteous to Those in Your Presence

Using your phone while conversing with others in your presence is just plain bad manners and this includes answering the phone and texting. Respect the folks in your immediate space. They take priority.   When dining whether at restaurants or at home, take your phone off the table. According to Pamela Eyring, president of The Protocol School of Washington, cell phones on a table is a nonverbal statement to those in your presence that they’re not really as important as your device. If the call is important, excuse yourself from the table or ask, if you can quickly deal with a situation. And by all means, remove the Bluetooth accessory so that those around you know, you’re present and in the moment.

If you’re at a gym, did you come to work out your phone, or your body? Why do you think folks want to hear your conversation while waiting in a doctor’s office when they might already have angst about a medical issue? During an important conference, cultural event or even on a commuter train, if you must use your phone, text, and don’t chat out loud.

In 2015 alone, 3,477 people were killed, and 391,000 were injured in motor vehicle crashes involving distracted drivers. During daylight hours, approximately 660,000 drivers are using cell phones while driving according to the National Highway Traffic Safety Administration. That creates enormous potential for deaths and injuries on U.S. roads. You cannot drive safely unless the task of driving has your full attention. Any non-driving activity you engage in is a potential distraction and increases your risk of crashing.

Technology plays such a huge role in our lives that we forget the old school ways of communicating that involved no texting, emailing, or speaking on a cell phone. Disconnect, put down your cell phone every now and then. Try to find the right balance between getting the most out of what your smartphone has to offer and not letting it get the best of you. Don’t let that glowing screen keep you from engaging in the world around you.