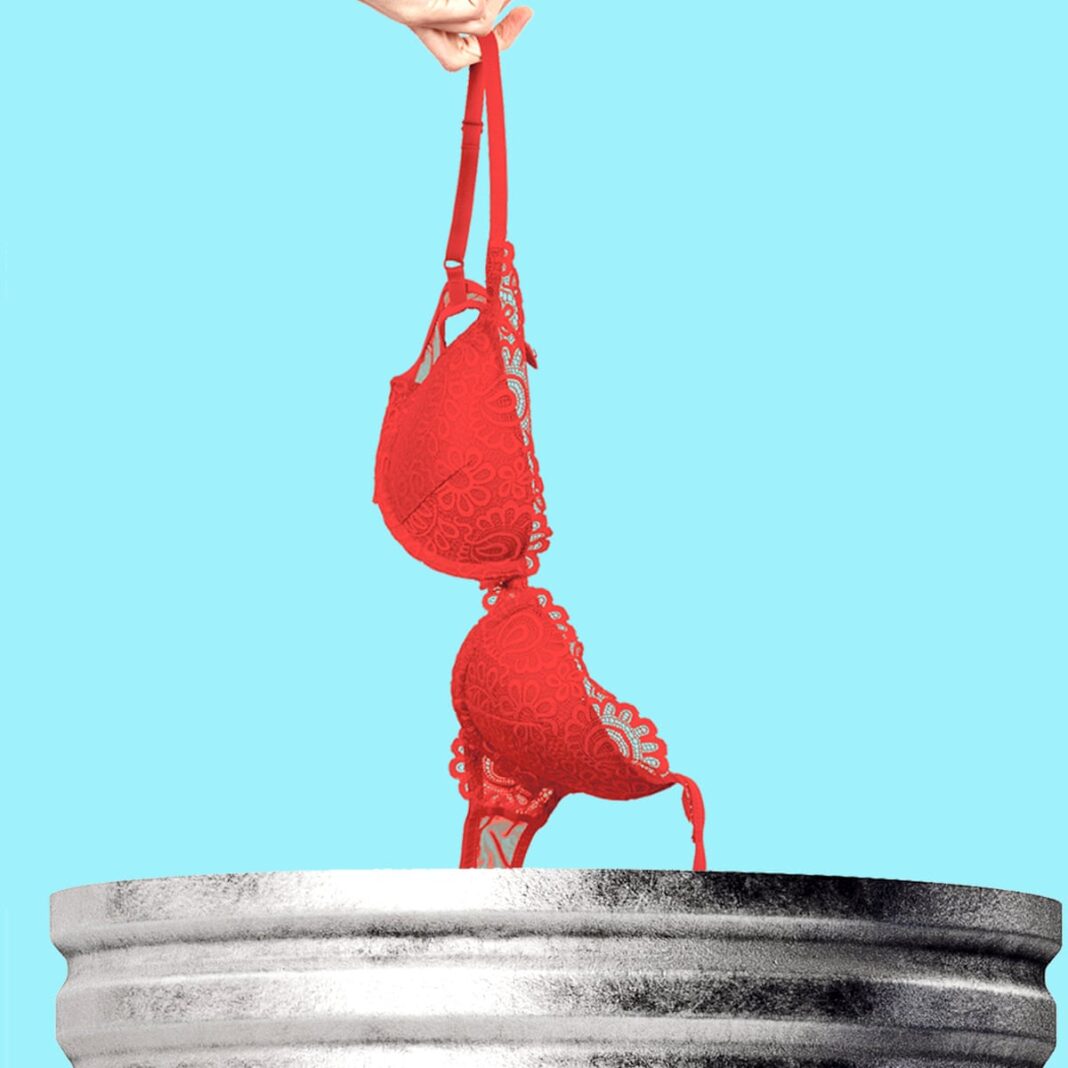 Most women will agree with this statement–bras are instruments of torture! If you are over 50, you have been condemned to decades of bras that pinch, squeeze, press, confine; they are rarely comfortable! Sadly, these torture garments were invented by a woman.

The history of bras can be traced back to ancient Greek and Rome, the modern bra evolved from the corset.  Catherine de Medici, the wife of King Henry II of France, went on a campaign to ban thick waists at court attendance in the 1550s, forcing women to find artificial ways to tame the bulge. Unbelievably, custom forced women to wear bras for 350 years.

In the early 1900s a clothing reform movement by feminists and concerns from doctors about the health impact of the corset’s restraint, ultimately brought us the bra.

A study conducted at the University of Franche-Comté in France concluded that bras provide no benefits to women and might actually be harmful to the breasts over time. It also revealed that women between the ages of 18 to 35 who ditched bras developed more muscle tissue to provide natural support.

The following might give you more info to weigh so that you can determine if you want to kick your bras to the curb!

Will wearing a bra make your boobs sag?

Yep! In fact, the long-running French study has proven that bras most likely have the opposite effect, causing breasts to lose their shape over time. According to the study, the “support” of bras weakens the muscles in the chest, making the breasts droop.

Wearing a bra doesn’t affect the risk of breast sagging, or what is called breast ptosis. It also won’t impact the shape of your breasts. However, if you are a larger cup size, you may feel more comfortable wearing a bra because it might help alleviate or prevent back pain, which is often due to the weight of your breasts. Wearing a sports bra could be helpful in that matter as long as it fits properly.

Will not wearing a bra improve your breast health?

YES! Going braless WILL improve your blood flow. Sweat and dirt will no longer be trapped against the skin by your tight bra which makes infections, rashes, and acne less likely on your breasts (this typically happens with ill-fitting bras). Bras with painful underwires can cause shortness of breath, chest pains, and all sorts of discomfort. How about trashing the info about getting a bra that fits and just go braless!

Will not wearing a bra encourage healthy breast tissue?

Absolutely! Health experts have found that wearing a bra can hinder the growth of your breast tissue. Healthy growth of breast tissue is essential for your overall health as it decreases your chances of deadly diseases such as breast cancer.

Will not wearing a bra help you relax?

Heck yeah! Not having to put on the bra facilitates better relaxation and that is one of the reasons why women who chose to go braless call it liberating. Scientifically, without having a heavily padded fabric, the breasts learn to adapt naturally and are freer to get a natural lift and growth.

Will not wearing a bra reduce breast pain?

Of course! Another secret benefit of going braless can be experiencing lesser pain around the chest, pectoral muscles, and back. While it largely depends on the kind of bra you wear (whether it is well-fitted or comfortable), bras can induce pressure on the ribcage, back muscles, or even the neck. Coupled with a bad posture, it might be causing pain. A braless lifestyle can help solve this issue. If you have heavy boobs, wearing a comfortable bra might alleviate the discomfort you feel when going braless.

Will not wearing a bra make you feel empowered?

Right on! With the rise of the #FreeTheNipple movement (the campaign argues that it should be legally and culturally acceptable for women to bare their nipples in public), many women have come to relish the concept of going braless as an act of empowerment. Ditching your bra can feel really freeing and even radical in some ways.

If you want to embrace your natural size and shape and you feel comfortable doing so, going braless can be a great way to celebrate your body exactly the way it is and maybe even encourage other women to do the same.