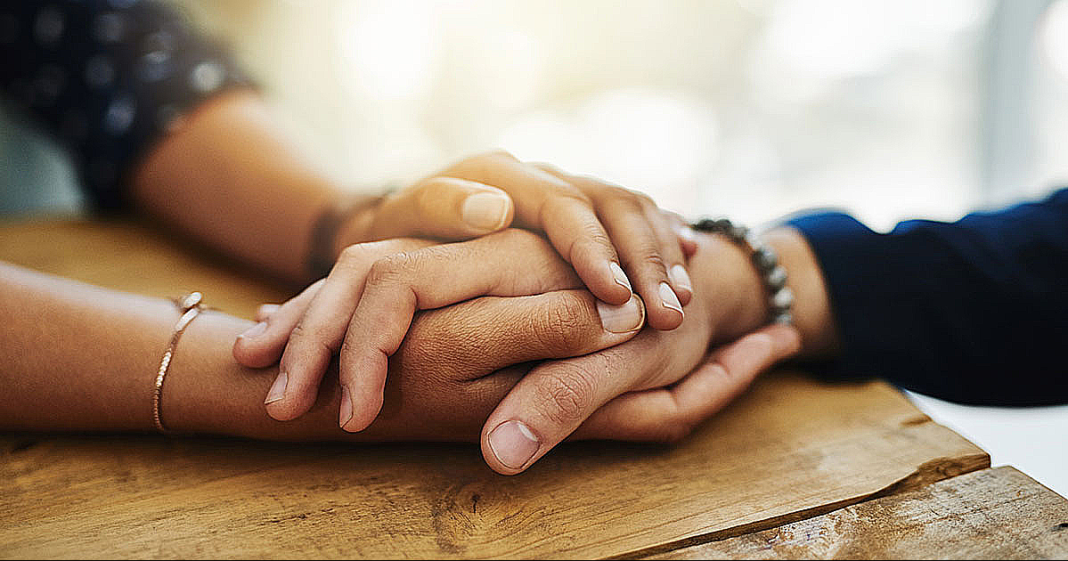 Unforgiveness is when you are unwilling to forgive someone who has wronged you. When you have been upset, disappointed, or deeply hurt by someone, the logical response would be to think you’re hurting the person by not forgiving them and holding a grudge. But who are you actually hurting?

Sure, withholding forgiveness can make us feel good, even righteous, for a time. And sure, at our age, many of us have been wronged more times than we can count. But inevitably, even our sense of righteousness transforms into a deep-rooted sickness that has a toxic effect on our hearts, our souls, and our relationships.

Not forgiving someone is the equivalent of staying trapped in a jail cell of bitterness, serving time for someone else’s crime. “It’s a mixture of anger, depression, and blame. But most of all, the opposite of forgiveness is stagnation,” says psychologist Kristina Hallet, Ph.D. and author of Own Best Friend: Eight Steps to a Life of Purpose, Passion and Ease. “It’s getting mired in an emotional place regarding a particular incident, and it prohibits future growth and discovery. There’s a common saying: Not forgiving someone is like slowly poisoning yourself and secretly hoping the other person dies.”

When life hits us hard, there is nothing as effective as forgiveness for healing deep wounds. There are many reasons why it’s sometimes better to forgive and forget, even if part of you doesn’t want to. Here are just a few of them.

Forgiveness means making peace. Forgiveness doesn’t mean that what happened was right, and it doesn’t mean that person who hurt you should be allowed to re-enter your life. Forgiving someone is making peace with the wrongdoing. Even if it is a struggle to forget, it’s very important to forgive by letting go of the emotional pain that has been caused.
Forgiveness means forgiving YOU. It’s easier to forgive folks when you learn to forgive yourself. Sometimes it’s easier to blame others for causing you pain. However, the depth of the pain often depends on the boundaries that you set within all your relationships. Forgive yourself for allowing others to treat you with disrespect or emotional pain.

Forgiveness means acceptance. Acceptance is not about defeat or resignation; it is about accepting what has happened. After all, while change is inevitable, suffering is the result of our resistance to it. Acceptance shifts the balance. Your view of what is happening alters.

To forgive, you must accept the past. That is not to say you like it or that it was within your power to stop it, but it has happened – and cannot be undone.

While empathy is powerful in understanding the pain of another, compassion encourages you to take the action needed to reduce that suffering.

Forgiveness means strengthening YOU. It takes a strong person to deal with a wrong, forgive, and then release it. “Your ability to forgive someone often has little to do with that person or what they did,” Dr. Hallett says. “Merriam-Webster defines forgiveness as ‘to cease to feel resentment against an offender’ or ‘to give up resentment of or claim to requital.’ It’s an internal state of being, and it’s not dependent on anyone but you. The only person in control of your thoughts, feelings, and actions—and the only one who can make a shift occur—is you.”

Forgiveness means releasing after someone has died. The concept of forgiveness gets more complicated when someone has passed away. A deceased person cannot show remorse, repent, or make amends. Many people want to forgive, so their resentment does not live on long after the other is gone. But how do you forgive someone who has died?

You can have the peace you seek by writing a letter to the deceased person you want to forgive. In your letter, say everything you’ve ever wanted to say to them, but make sure you end on a positive note so that you can move on. Writing your feelings down is also a way of lessening the power they’ve had over you all this time. Once you’re finished, you can burn the letter, tear it up and throw the pieces into a body of water, or you can bury it. Another option would be to read the letter at the person’s gravesite. The choice is yours.

Forgiveness means talking it out. When you feel ready to forgive, you might want to contact the person who did the wrongdoing to express yourself. Talking things over can help you let go of your anger and hurt.

Forgiveness means a healthier YOU. Unforgiveness and the resentment it generates takes away from your well-being, joy, and peace. The more hurt you have incurred, the more important it is to forgive, at least for the purpose of experiencing emotional and physical healing. Studies have found that the act of forgiveness can reap huge rewards for your health, lowering the risk of heart attack; improving cholesterol levels and sleep; and reducing pain, blood pressure, and levels of anxiety, depression, and stress. And research points to an increase in the forgiveness-health connection as you age. The flip side of that is that unforgiveness is likely killing you.
Forgiveness means seeing your role in it. Speaking of anger, blame tends to go along with it. It’s important we see the part we play in whatever conflict we are facing. Skip that step—and see it entirely as the other person’s fault—and the effect will be long-lasting. Otherwise, you may continue to see the same sort of conflict playing out in other relationships. Seeing your part in all of this doesn’t mean that it’s now your fault. Your role could mean that you didn’t speak up when something bothered you.
Forgiveness means starting small. If you are still finding it hard to forgive, you can choose to practice with someone who is easier to forgive—maybe someone who hurt you in a small way, rather than deeply. Alternatively, it can be better to focus on forgiving the person who is at the root of your pain—maybe a parent who was abusive or a spouse who betrayed you. If this initial hurt impacts other parts of your life and other relationships, it may be necessary to start there.
Forgiveness means calling on a higher power. It may still seem that someone or something in your life is impossible to forgive. And you may be right if you’re trying to do it through your strength alone. Fortunately, you are not alone. Through calling on a higher power, forgiveness is possible. That doesn’t mean it will happen instantly, and it doesn’t mean it will be easy. But if you wholeheartedly ask your higher power to help you forgive someone, you will be given the strength to do so.
Forgiveness means praying for your wrongdoer. This might be a difficult move for many, but it is an effective part of the forgiveness process.  Pray for the other individual, pray for their well-being and for the emergence of Divine Light within them. Pray that they may transcend the unconsciousness and the ignorance from where they did, what they did, that love and compassion and kindness may flow in them more fully and freely.
Forgiveness ultimately frees us from a pain that we hold so close that it damages our physical and mental well-being, along with our happiness. If you shed bitterness and put love in its place, and then repeat this with many, many other people, you become free to love more widely and deeply. This kind of transformation can create a legacy of love that will live on long after you’re gone.

If you are finding yourself mired in bitterness, toward either yourself or someone you loved, really doing some of the emotional heavy lifting with the help of a trained therapist can be a huge relief and can help you see positive movement.