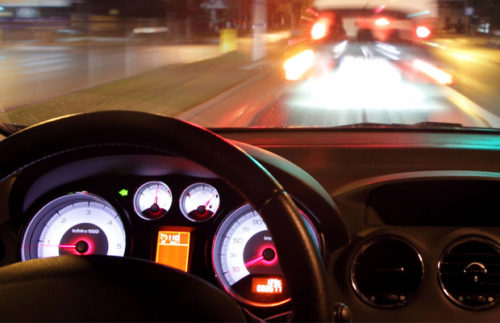 Linda Jenkins, 58, was prescribed a calcium channel blocker for her hypertension. Like so many consumers who are on medications, she neglected to speak to her doctor about the drug’s side effects or read the accompanying package insert that discloses information about it.

Jenkins had been on the hypertension med for just two days when she suddenly felt a wave of uncontrollable dizziness and unfortunately, the wife and mom of two was behind the wheel of her car when this happened.  Jenkins wound up hitting a lamppost with her vehicle.

Luckily for her, she was traveling at a slow speed and there were no other motorists involved. The grandmother of three was able to walk away from the accident uninjured. Sadly, not many motorists are quite as lucky as Jenkins.

The danger of driving while intoxicated has been front and center news for decades now but so little attention has been given to the perils of driving while medicated. Countless motorists get behind the wheel of their vehicles every day and drive after taking their prescribed remedies.  Pain meds, sedatives, psychotropic drugs like antidepressants, meds for chronic conditions like diabetes and even some over-the-counter offerings like allergy relievers, can severely impair a driver, especially those over the age of 50.

Medical experts say that driving while medicated can be compared to driving while intoxicated in many instances.  In some cases being medicated while driving can have even more detrimental effects than alcohol impairment.

In one study, 78 percent of drivers over the age of 56 were taking one or more medications, yet less than a third knew of the risks the meds posed to their driving abilities. Here is a startling fact; a mere 18 percent had received education or warnings from their doctors about the potential risks of driving while medicated which is very telling.

Far too many folks suffer from latrophobia, a fear of speaking with their doctors and will not discuss how a prescribed remedy will impact their driving abilities.  A physician is not only able to provide guidance about drugs but can actually help patients take steps to ensure, they are driving safely while taking the prescribed treatment.  If you feel a drug is extremely impairing your ability to maneuver a motor vehicle properly, your healthcare provider may be able to prescribe another medication with fewer side effects.

Driving while medicated especially for those aged 50 and over can be unsafe for some but if you must take prescription drugs, protect yourself from the risks that could lead to a disastrous outcome: