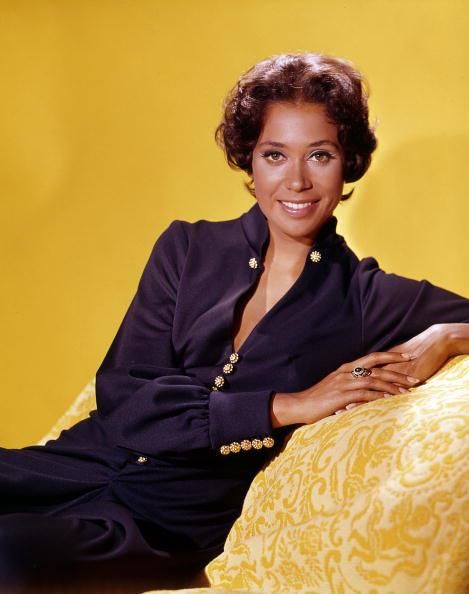 We remember actress Denise Nicholas as the beautiful, refined, and smart school counselor Liz McIntyre on the 60’s/70’s TV hit dramedy, Room 222. We also loved her in the 1978 sitcom Baby, I’m Back as Olivia Ellis, and as city council member Harriet DeLong on the 90’s NBC-TV police drama, In the Heat of the Night. Denise also graced the big screen in such films as Blacula, Let’s Do It Again, and Ghost Dad. Even though Denise had a successful acting career and the work had been constant, she gave up acting to fulfill a dream deferred.

Denise had always wanted to write and so she took the necessary steps in order to do so. After returning to school to take some writing courses, Denise got her feet wet writing TV scripts. She eventually pushed her gift further and produced a novel, Freshwater Road which won the prestigious Zora Neal Hurston/Richard Wright Award for debut fiction in 2006.

Today, the still stunning, Denise Nicholas, continues to write and as a matter of fact, finished a play that will be performed at the University of Michigan next May. She chatted with 50BOLD about her “lights, camera and action” days and beyond.

50BOLD: You were born in Detroit and are the middle child of three children. You had aspirations of becoming a lawyer but then you switched gears and eventually majored in Fine Arts at Tulane University.  How did you catch the acting bug?  Law and acting are polar opposites.

Denise: My change of heart/direction about my life happened over time – the majority of that pivotal time was during the Civil Rights Movement where I worked with the Free Southern Theater and that changed everything.  I barely stepped onto the campus of Tulane; we were far too busy traveling around Mississippi presenting plays and having discussions with the people there who were touched and in some cases, influenced by the Civil Rights Movement. When I joined that theater early in 1964, I was still at the University of Michigan in Ann Arbor.

Once I arrived in Mississippi in June and began my apprenticeship with the Free Southern Theater, I was hooked.   As far as law and acting, there’s an odd connection. If you plan on becoming a trial lawyer, it’s sort of performance art and demands a level of theatricality, otherwise, the jurors will find themselves nodding.  The best lawyers are performers as well.

50BOLD:  We loved you as Liz McIntyre in the groundbreaking 60’s/70’s, Room 222, what was it like working on a hit TV show as a Black actress folded into relevant programming?  Beautiful, well-spoken, educated, liberated, you delivered a positive message about the success of the Black middle-class without the rage of the times.  Were you criticized by whites, Blacks?  How was your character received?

Denise: I guess after my early academic successes–The National High School Institute at Northwestern University, The National Honor Society, etc,– I began to believe that I was on a good track in terms of my professional development.  I had a step-aunt (by marriage) who was a guidance counselor in the Detroit Public School system.

When I got the role on Room 222, I just referred back to my step-aunt; she was compassionate, very smart and so independent. She became one of the many role models I’ve had in my life, thankfully.  I think after being in the Civil Rights Movement, after living and working as a very young woman for 2 years in New York City before Room 222, it felt to me like it was the normal course of events. The screen testing was rigorous and challenging but it fell right in line with the trajectory I was on.  I know there’s a political/racial track but in truth, I began to take progress for granted.  Little did I know!

50BOLD: You also co-starred in the 90’s police drama, In the Heat of the Night, where you played a feisty council member Harriet Delong.  Your character was involved in one of the first interracial relationships on prime time.  What was the audience’s reaction towards you?  Did you receive hate mail, threats?

Denise: When I was on In the Heat of the Night, yes, we did receive hate mail and I’m grateful that my co-star Carroll O’Connor didn’t share it with me until way late in the run of the series.  I have this weird thing where I see all “progress” to be expected so I’m still quite stunned when things go backward like in this past year or so.  I’m speechless when people willingly and knowingly decide to go backward which is probably centered in fear but being Black in America means you cozy up to fear practically all the time.  You cozy up to fear and get over it most of the time; if this were not the case, there’d be no Black folks left!

50BOLD: Are you still acting or have you reinvented yourself so-to-speak?  You published your first novel in 2005, Freshwater Road, and it won a number of accolades.  Will you continue to write books?  You’ve written scripts for TV shows, have you continued to do so?

Denise: When I retired from acting to study writing and to write professionally, I knew in my heart of hearts that I was done with acting.  It was over.  The fact is from way back, my secret ambition was to write.  It took me a long time to get there, but I made it.  My problem is to yank myself out of my rather comfortable near-lassitude to write yet another book. I’ve worked so hard for so many years, it’s difficult to get me all choked up about work!

50BOLD:  Can you share your feelings about the Harvey Weinstein floodgates that have now opened up with regards to actresses and the sexual misconduct of Hollywood executives?

Denise: Regarding the sexual misconduct issue, I’m sooo happy this exploded and was brought into the sunlight.  It’s all about power, who’s got it, and who wants it.  I’ve had my butt grabbed on the set by a director who just happened to be walking behind me. There have been other instances that terrified me, not all of them in Hollywood mode. Let it ALL end!

50BOLD:  Do you think African-American actresses still face an uphill battle in Hollywood with regards to getting parts?

Denise: Yes, African-American actresses still face unbelievable odds in fashioning a career, not just a job here and a job there. A CAREER! A precious few have managed to do that and they are to be applauded mightily cause it’s hard from every angle possible. Roles just aren’t written for us often enough as many writers don’t know any Black women or Black families.

50BOLD:  What do you think about the new African-American Hollywood youngbloods like Issa Rae, who are redefining how TV shows portray Black millennials?

Denise: The only thing I’m having a lot of trouble with in regards to the younger actors is the insistence on so much vulgarity and profanity. A little bit goes a long way, I can handle it but when it’s the only card in your deck, I get bothered. Leave it at that.

50BOLD:  What is Denise Nicholas’ next stop career-wise?

Denise: Next up:  I co-wrote a play for the University of Missouri that will premier there in May of next year, Letters From Freedom Summer.  There’s hope and desire in my heart that I’ll churn out another novel before my brains turn to mush!  Please send me good energy vibes!  On the fun side of things, I’m heading up to Oakland soon to see the Golden State Warriors play at the Oracle.  I can’t even tell you how excited I am about this!