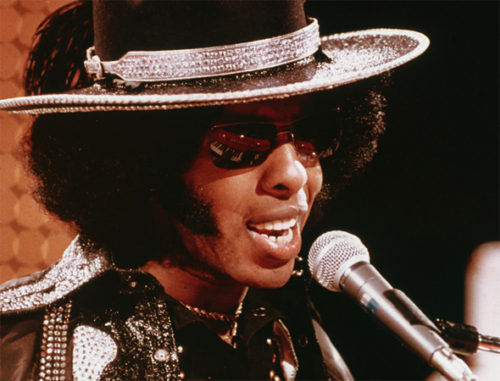 I have always acknowledged how my older brother Mark influenced my musical tastes. He unknowingly introduced me to various genres of music. During the summer of 1968, I discovered the sounds of Sly and the Family Stone. I remember as if it were yesterday. I would eagerly wait for Mark to leave the house so that I could sneak upstairs into his room. I was intrigued by Mark’s immense musical stash and could not wait to peruse his latest album buys. He kept his record collection tightly packed together in what seemed like never-ending milk crates. When I stumbled across the album, Dance to the Music by Sly and the Family Stone, little did I know, I had struck musical gold!

As I blew the dust off the needle on Mark’s turntable and played Dance to the Music, I was immediately hooked and just had to repeat the tune over and over again. I didn’t even notice how Mark’s space felt like a boiler room as his metal fan did nothing but blow hot air all around because I was on a raw fused funk, soul and psychedelic rock excursion. I was swept away by the entire musical experience of the group–musicians playing their instruments with such freneticism.  Who was this band connected to such danceable, life-affirming music?

The group Sly and the Family Stone was created by Sly Stone who was born Sylvester Stewart on March 15, 1944, in Denton, Texas.  He was the second of 5 children and grew up in a middle-class Christian household in Vallejo, California, a suburb of San Francisco. The musical prodigy played keyboard, guitar, bass, and drums and sang in church as a child.

In the 1960s, Sly and his brother Freddie played in several high school bands. In 1964, he debuted as a DJ on a local R&B radio station where he introduced his Black listening audience to white artists such as The Rolling Stones, and The Beatles. In 1966, he led a band called Sly and the Stoners that included band member Cynthia Robinson on trumpet. During the same period, Sly’s brother had formed his own band called Freddie and the Stone Souls. The two siblings decided to merge both bands and the group Sly and the Family Stone was created.

The lineup of Sly & the Family Stone that included not only Fred but also sister Rose, solidified in 1966. The band’s energetic live shows, positive lyrics, and diverse membership earned its buzz in the Bay Area.  Not to mention, the band member’s costumes and showmanship were just as memorable. The members favored giant Afros, flashy capes, Beatle boots, neon vests, and leopard-print jumpsuits.

The group eventually signed with Epic Records where they released their first album, A Whole New Thing released in 1967 which had critical success but not sales to match. Sly was advised to try a different approach on the group’s next album, Dance to the Music, a groundbreaking hit that skyrocketed to #8 on the Billboard Hot 100 chart. The racially and gender-integrated band consisted of Sly, Freddie, Rose, Larry Graham (cousin), Cynthia Robinson (old bandmate), Greg Errico (drums), and Jerry Martini (sax).

The summer of 1968 was fraught with racial discourse. Change was in the air, and Sly’s music reflected the political times. The band released a third album that same year Life that did not have the commercial success of their previous album. In 1969 they released Stand! that contained such pop-soul classics as Everyday People, Sing a Simple Song, and the phenomenal, I Want to Take You Higher. The album was the group’s first platinum million seller. The album’s success paved the way for them to perform at the Woodstock Festival that is considered to be one of the greatest events in music history. The group’s pulsating performance at the festival boosted sales of the album, and it sold over three million copies. It was reissued in 1990 on vinyl and CD.

In 1970 the group cranked out, The Greatest Hits album which included the classic summer song, Hot Fun in the Summertime which shot to #2 on the U.S. pop charts.  Sly and the Family Stone also released the chart-topping, Thank You.

The fame and relentless touring began to splinter group members. Sly moved to Los Angeles while the rest of the band remained in the Bay Area. He started hanging around with unsavory folks. There were whispers of cocaine and PCP abuse, Mafia connections, and guns being pulled on people. The band had purchased a mansion in Los Angles that had turned into a virtual drug den. In 1970 Sly canceled 26 out of 80 shows, band members would become frustrated by his unpredictable and paranoid behavior. It was also rumored that Sly carried a guitar case filled with illegal drugs wherever he appeared.

In 1971 the group returned with the monster hit single, Family Affair that became a number 1 hit on the Billboard Hot 100 and R&B charts. But despite the success of yet another hit, the friction in the band caused member Larry Graham to bolt. He went on to form his own successful group, Graham Central Station.

The band’s reputation over the years had become tarnished with incidents of Sly walking offstage while performing, or just not showing up. Sly’s unprofessional antics impacted ticket sales so in 1975, the group called it quits.

Sly Stone recorded two solo albums for Epic Records, High On You and Heard Ya Missed Me, Well I’m Back. He was plagued by his continuous drug use over the years and entered a rehabilitation facility in 1984 but was arrested in 1987 for cocaine possession. In 1993 the band was inducted into the Rock and Roll Hall of Fame.

In 2010 Sly Stone gave his last public performance at Coachella where he ranted on about his legal problems and a pending lawsuit against his former managers. In 2011 it was reported that Sly was homeless and living in a white camper. A retired couple was reportedly making sure he was fed, and let him bathe daily in their home. Sly’s whereabouts these days are unknown. In 2017 a documentary was released at the Slamdance Festival entitled, On the Sly: In Search of the Family Stone that followed the filmmaker on his search for his idol.

Sly’s tragic spiral will be told in a feature-length documentary to be released in 2019 entitled, Dance to the Streaming Music; it is currently being shopped to distributors. The film will chronicle Sly’s past ten years of his life when he struggled with homelessness while battling a high-profile lawsuit against his managers over millions in unpaid royalties. Sly was awarded a verdict of $5 million dollars in 2015.

Sly is a musical genius!  For me, he will forever be that slim, sexy Black man frozen in midair on the cover of his album, Fresh, sporting black leggings, platform shoes, a huge fro and smiling from ear-to-ear. Sly is the sound of my 1968 summer in the seclusion of my brother’s hot room, sweating my hot-combed hair out, while praying that I wouldn’t scratch his album!