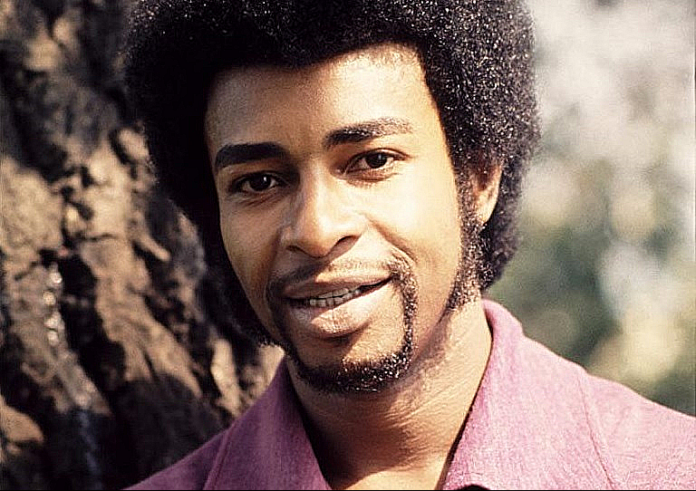 Bet you can all still remember to this very day when the lead singer of a popular musical group left and then replaced by another performer. Oh, what a scandal when Diana Ross left the Supremes in 1970 and replaced by Jean Terrell. How about when our beloved Michael Jackson left The Jackson 5 to pursue a solo career? But when our sexy, soulful David Ruffin was fired from The Temptations, we just knew no one could evahhh take his place! Well, crooner Dennis Edwards was hired in 1968 to step into Ruffin’s shoes, and it was a perfect fit!

Dennis Edwards was born February 3, 1943, in Fairfield, Alabama, to Idessa and Reverend Dennis Edwards, Sr. When Dennis was a toddler, he’d sing at his father’s church and later joined the choir. At age 10, Dennis and his family moved to Detroit, Michigan, and there, he studied at the famous Detroit Conservatory of Music. By the time his teen years rolled around, it was apparent Dennis had aspirations to perform, so he joined a local gospel group, The Mighty Clouds of Joy.

Idessa and Rev. Edwards were extremely religious, so secular music was forbidden in their home. The couple forbade their son to involve himself in an R&B music career, but the admonishments fell on deaf ears. In 1961, Dennis formed his own group, Dennis Edwards and The Fireballs. The group recorded for an obscure record label, and the work they produced went nowhere. Dennis then decided to join the military, and when his stint ended in 1966, he managed to snag an audition with one of the hottest record labels at the time, Motown Records.

Dennis signed with the popular recording label but was placed on retainer. He eventually became a member of the group, The Contours, in 1967 when the lead singer fell ill. The group became an opening act at concerts where The Temptations headlined. Dennis remained with The Contours for a year then left due to heroin abuse by some of the group’s members.

The young and handsome baritone caught the eyes and ears of Temptation members Eddie Kendricks and Otis Williams. He was considered a worthy replacement for David Ruffin, who sang lead for the beloved group. Ruffin had spiraled out of control on drugs and had missed a few too many concert appearances or arrived late to them. The Temptations had grown tired of Ruffin’s drug-fueled shenanigans and were looking to replace him. When the group fired Ruffin in 1968 after failing again to show up for an engagement, Edwards was ripe for the picking.

On July 9, 1968, Edwards was formally introduced as a new member of The Temptations while on stage at a Valley Forge, Pennsylvania concert. On the very same night of the concert, Ruffin would force his way onto the stage to sing, Ain’t Too Proud to Beg, which sent the audience into hysterics. Ruffin’s nightly stage crashing antics continued for about a month. The Temptations then decided to rehire Ruffin and let go of Edwards, who was offered a promising solo deal with Motown. Sadly, Ruffin returned to his wayward ways and would once again fail to show up for concerts. Edwards was immediately rehired and was oftentimes referred to as “The 6th Temp.”

The Temptations first hit with Edwards’ gospel-hewn lead vocals was Cloud Nine (1968). The single was the group’s introduction into an era that would span psychedelic, funk, and disco. After Dennis joined the group, the Temptations would go on to record such powerful hits as Cloud Nine (1968), I Can’t Get Next to You (1969), Ball of Confusion (That’s What the World Is Today) (1970), Papa Was a Rollin’ Stone (1972) and Shakey Ground (1975), among others. Cloud Nine and Papa Was a Rollin’ Stone won Grammy Awards.

On the flip side, Edwards’ love life never really made the tabloids. He had a love relationship with Aretha Franklin. The “Queen of Soul” was so smitten with Edwards that she wrote a song about him, Day Dreaming (1972). The song went on to become one of the Queen’s greatest hits, and on it, she lauds a lover who’s “the kind of guy that you give your everything, you trust your heart, share all of your love, till death do you part….” When Aretha passed away, a letter was discovered amongst her belongings addressed to Edwards, her romantic flame.

Edwards also had a short-lived marriage to Ruth Pointer of The Pointer Sisters in 1977; the union produced a daughter.

When Edwards went solo, his singing career catapulted with his 1984 debut album, Don’t Look Any Further. On the single by the same name, Edwards proves he is a potent act. He teamed with songstress, Siedah Garrett, and their musical chemistry was perfection. The album hit the number two spot on the R&B charts.

In the 90s, Edwards formed a touring group billed as Dennis Edwards and the Temptations; the name would lead to a legal battle between him and Otis Williams for using the group’s name. The dispute was settled when he changed the billing to The Temptations Review featuring Dennis Edwards.

In the late 80’s Edwards and his wife Brenda moved to Florissant, Missouri to be closer to his mother. In 2017, he was diagnosed with meningitis, so the couple then moved to Illinois to be closer to better hospitals. Edwards passed away on February 1, 2018, from meningitis complications.

In the weeks following Edwards’ passing, there were publicized abuse charges filed against Brenda by an Illinois adult protective services investigator. It was alleged that Brenda had attempted to smother her husband by holding his head facedown on the bed. There were also allegations of her taking away his hearing aids. Edwards was bedridden towards the end of his life and removed from his home on January 12, 2018, for health issues.

An emergency protective order against Brenda was granted on January 18, 2018, barring any contact with her husband, Edwards. The hearing that would have allowed Brenda to respond to the allegations was scheduled but then canceled, upon her husband’s death. The protective order was also canceled after his death; the allegations were NEVER confirmed.

Dennis Edwards will forever be adored and remembered as The 6th Temptation!