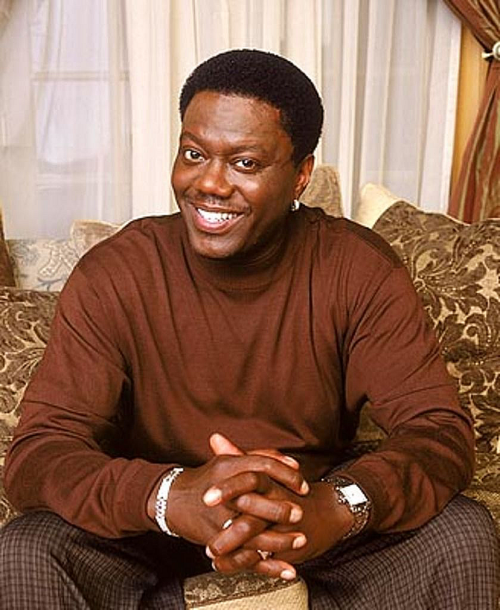 As a product of the 60s, I can still remember my bestie and I snooping through her parent’s basement and stumbling across their hidden comedy album collection. You know, those recordings played late at night after the kids were fast asleep. The albums were sexually themed, blue material, that were not displayed out in the open at local record shops. Folks would have to ask for these hidden gems. After the purchase, the recordings were quickly placed in paper bags; the entire transaction looked like a drug deal!

The comedy kings and queens of those raunchy party albums were such stellars as Redd Foxx, Moms Mabley, LaWanda Page, Skillet & Leroy and Richard Pryor. The albums were usually recorded in nightclubs that were dark, smokey, cramped, and where you’d hear in the background, the constant clinking of drinking glasses filled with brown liquor.

“It was rough being dark. I got heat from my own people more than anyone else. I remember going to my mom and saying, ‘Why am I so black?’ And she said, ‘Because I’m black. You just gotta always work harder than the average bear.’”

I use to frequent comedy clubs, places where stand-ups would ply their trade. I savored every minute comedians were up on stage. I vividly remember seeing Eddie Murphy in Detroit for his Delirious comedy tour in the 80s; it was a moment in time I will always treasure. In my day, I have seen many comics who have made me howl like a blithering idiot but sadly, I regret not seeing Bernie Mac perform live. He was a brilliant comedian who had a unique delivery that was punctuated by the way he’d squeeze every last bit of air from his lungs to make a point.

Bernard Jeffrey McCullough was born on October 5, 1957 in Chicago, Illinois. He was the second child of his single mother Mary McCullough. As a matter of fact, Mary inspired Bernie to become a comedian. During a television interview in 2001, Bernie told a story about seeing his mother both laugh and cry at the same time while watching Bill Cosby on the famed 60s TV variety program, The Ed Sullivan Show. “When I saw my mother laugh, I started laughing. And I started wiping her face, and I told my mama, I said, ‘Mom, that’s what I’m going to be, I’m going to be a comedian so you’ll never have to cry again.'”

Sadly, Bernie’s mother would die of cancer when he was 16. After his mother’s death, Bernie went to live with his grandparents who were on Chicago’s south side. By the time Bernie graduated from high school he had pretty much honed his comedic skills. The young funnyman had been voted class clown by his classmates, a label he thought was far from flattering.

In 1976, Bernie married his high school sweetheart, Rhonda Gore. Despite working various 9-to-5 grinds to support his wife and new daughter, Bernie still set his sights on securing a career in comedy. On his days off, Bernie would perform stand-up for tips on Chicago subways, house parties, and at various Chicago comedy clubs including the famed Cotton Club. 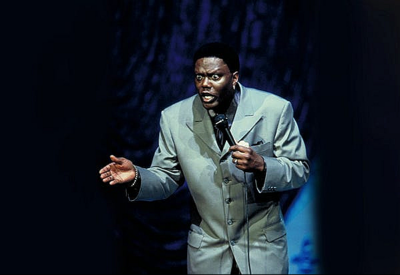 “When it comes to raising children, I believe in give and take. I give orders and they take ’em.”

In 1990, Bernie got his first major break; he won The Miller Lite Comedy Search which greatly helped to increase his visibility in the Chicago area. But it was his performance on HBO’s Def Comedy Jam that propelled him into the spotlight. When the show’s host Martin Lawrence was unable to calm a hostile crowd, Bernie went onstage to announce, “I ain’t scared o’ you mothafuckas!” He went on to tell the audience how he “didn’t come here for no foolishness!” The man with a no-nonsense stance, imposing stature, bulging eyes, and distinctive, and loud delivery, became an instant audience favorite.

Now, Bernie was not only the opening act for top performers like Gladys Knight, Redd Foxx and the Temptations but he was also offered his own short-lived show on HBO, Midnight Mac. Hollywood soon came a-calling and Bernie answered. He appeared in a string of films, Mo’ Money (1992), House Party (1994), and the cult classic Friday (1995). In 1998, Bernie had his first starring role portraying the memorable character Dollar Bill in the hit film The Player’s Club. He also had a recurring role on the TV sitcom Moesha.

In the year 2000, Bernie would co-star in the hit documentary comedy The Original Kings of Comedy that brought a new generation of Black stand-up comedy stars to a wider audience. The following year, the Fox network decided to give Bernie his own TV sitcom, The Bernie Mac Show which was an instant hit. Viewers loved watching Bernie, a child-averse uncle who was being challenged to the limit by his two precocious nieces and a nephew. The show which ran for five seasons, earned Bernie two Emmy nominations.

In 2001, Bernie’s film career took a gigantic leap when he was cast for the remake of the classic film Ocean’s Eleven with George Clooney and Brad Pitt. In films such as Bad Santa (2003) and Mr. 3000 (2004), Bernie often portrayed a sharp-tongued but lovable scoundrel. He also had a starring role in Charlie’s Angels: Full Throttle (2003). Bernie starred alongside Ashton Kutcher in 2005’s Guess Who, a comedy remake of the classic Spencer Tracy and Katharine Hepburn drama Guess Who’s Coming to Dinner?

“Okay, first rule of this carpool. No breaking wind in my car. The only gas that Bernie Mac want to be smelling is unleaded.”

Bernie was the voice of Zuba, in the animated film Madagascar: Escape 2 Africa. He also co-starred with Samuel L. Jackson in the 2008 comedy film Soul Men. These two movies were released months after his death. Bernie’s final film role was in the 2009 Disney film Old Dogs with John Travolta that was released a year after his passing.

Back in 1983, Bernie had been diagnosed with an autoimmune disease called sarcoidosis, an inflammatory disease that can affect virtually any region of your body but the areas most affected are the lungs and lymph nodes. He had publicly discussed his disease, stating in 2005 that it was in remission. In August 2008, Bernie was admitted to Northwestern Memorial Hospital in Chicago with pneumonia. After a week of medical treatment, the performer went into cardiac arrest and passed away on August 9 from complications of pneumonia. He was only 50 years old. Bernie’s publicist would later state, that his client’s three-week battle with pneumonia and sarcoidosis diagnosis were unrelated. 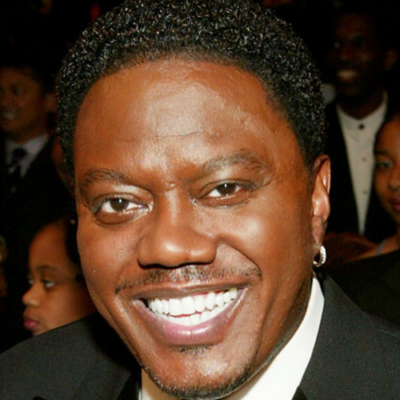 In the entertainment world, actors who had worked with Bernie were beyond saddened to hear of his passing. “The world just got a little less funny,” said Ocean’s co-star George Clooney. Don Cheadle, another member of the Ocean’s gang lamented, “This is a very sad day for many of us who knew and loved Bernie. He brought so much joy to so many. He will be missed, but heaven just got funnier.”

Bernie Mac is survived by his wife Rhonda, daughter Je’Niece and granddaughter Jasmine.

We miss you funnyman….