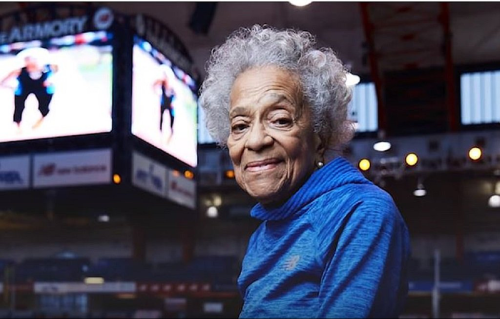 Scientists are working feverishly every day to delay the aging process and the pace of advancement is astonishing. We’ve come to appreciate aging as a gift and most folks would love to live to be 100-years-old.

Ida Keeling was a diminutive force to be reckoned with and a centenarian who felt blessed beyond measure. The dynamo certainly had the right genes to get her to even see 100.

The centenarian maintained an incredibly healthy lifestyle that just happened to include being a world-record-holding runner in her age group. In 2008, she set her first world record at age 92 at the World Athletic Veterans’ Association (now known as World Masters Athletics) World Championships in Clermont-Ferrand, France.

As she got older, Keeling followed the same pattern for her subsequent age groups, setting records in the 95-99 and 100-104 categories. She even fractured her femur in 2017 and after surgery, rehab, and recovery, Keeling came back to set another 60-meter record in 2018, at age 102. 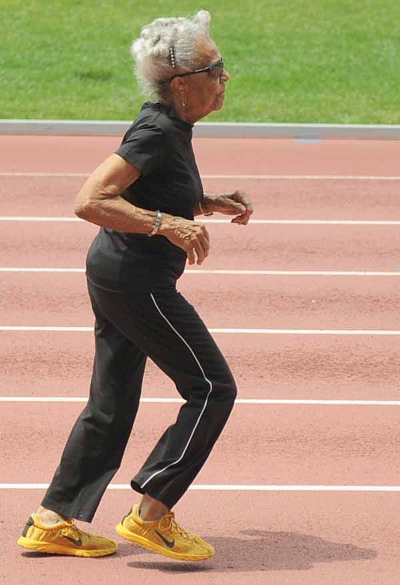 Ida’s parents were from the small island of Anegada in the northernmost of the British Virgin Islands, then migrated to the States in 1913. Ida, who was born in 1915, caught the running bug at the seasoned age of 67. She turned to running after having tragically lost her husband to a heart attack and, later, her two sons to gun violence. The deaths left her completely broken.

Ida’s daughter Cheryl “Shelley” Keeling, an attorney, and a track-and-field, cross-country coach introduced her to running by way of a local 5K event (3.1 miles) that brought her out of her depression. The then Harlem resident admitted that her first attempt at running was not an exercise in athleticism but eventually she morphed into a runner who left aging in the dust.

When 50BOLD interviewed the 4’6,” 83-pound Ida  (Shelly was present) three years ago, she had no plans to retire her running shoes. She not only continued to run up and down the hallways of her Bronx high-rise but rode an exercise bicycle daily, took a dance class at her local gym, and lifted weights to boot. Ida maintained a diet that included leafy greens, fresh fruits, and a daily dose of molasses and cod liver oil. She also jokingly admitted to tipping a little Hennessy in her coffee a few times a week to get her body into gear.

Ida penned her inspiring story in a memoir, Can’t Nothing Bring Me Down: Chasing Myself in the Race Against Time. The book detailed her experiences living through the Great Depression and Civil Rights movement, surviving tragic losses, and her pursuit and love of running.

Sadly, dear sweet Ida, who defied aging, passed away on August 28 of last year; she was 106.

Since this is our ‘Best Health’ issue, we remember Ida Keeling for her indomitable spirit by rerunning our interview with her. Ida embraced life with vigor and proved to us all that age ain’t nothing but a number! Ida completely defied ageist stereotypes, updated the archaic depiction of an older adult; she kicked butt and took names.

50BOLD: You lived through the Depression—what was your childhood like during this time?

Keeling: My childhood just seemed very busy because people were always doing something. Some had their own businesses while others were just trying to earn a living. Jobs were so hard to get. I was young during the depression, I remember people sitting outside or standing around, trying to do anything to earn a living. It was not a good time for anyone.

50BOLD:  You state in the book that you were 20 years old before you had your first date. How has dating changed since your time?

Keeling: Dating has changed a whole bunch. Girls and the boys during my time were cautioned about dating and getting too close. We were also told not to bring a baby into our parent’s home because this would mean another mouth to feed. As young people, we would have little gatherings, get-togethers at each other’s homes. Girls and boys would sit out on fire escapes to pass the time away, this was a real treat. We had some very cheap but meaningful dates that made you feel good.  Dating now is so different, you have to be careful because someone might drop something into your beverage to make you crazy!

50BOLD: Your husband passed away at age 42 of a heart attack, did you ever regret not remarrying?

Keeling: I don’t regret remarrying. Men have their ways and I have mine and I didn’t want to get bogged down.

Shelley: Mommy had one “friend” but would never bring anyone to spend the night at our home. When we’d get up on Saturday mornings we knew we could go and jump in Mama’s bed and that no one else was going to be there. So there was this one guy who used to come over, his name was Step and he lived in Connecticut. He was either divorced or his wife had passed away or something. He had a house with a yard and would tell my Mom to take us to visit him. Since we lived in the projects the offer to visit a home with a yard sounded good.

Step did ask Mother to marry him but she declined. I was so disappointed but she was fine with her decision. You know Mom was around during the time of Marcus Garvey, the Black nationalist, and absorbed his lessons of self-sufficiency, Black independence. She is an independent woman.

50BOLD: You’ve lived through the Marcus Garvey Movement, Malcolm X, and the Civil Rights Movement. I know you heard Marcus Garvey speak and attended the 1963 March on Washington. Take us back to these historical moments in time.

Keeling: Marcus Garvey wasn’t really pushing the Back to Africa Movement, he was all about Black economic independence. He had a shipping line, and always preached to us to…“Get your own. Have your own!”

I took my kids to hear Dr. Martin Luther King, Jr. speak as well but my beliefs were closer to those of Malcolm X. I would take the kids to see Malcolm at the Audubon Ballroom in Harlem and we’d get searched when we visited. Even children would get searched by guards.

Shelley: I remember, when I looked out that window and saw Mama leaving for the March on Washington. It was like 3 or 4 in the morning and those who were attending the march from the area had to meet on 125th Street. I was age 12 going on 13 and to see Mama leave for this civil rights gathering, I thought to myself, “Oh, what if she doesn’t come back….” 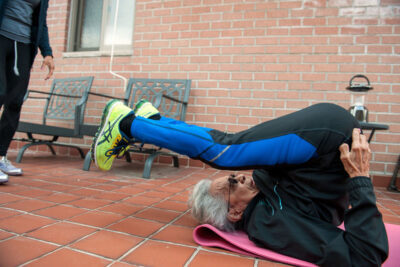 50BOLD: There was such brutality going on against those who protested for civil rights.

Shelley: No one knew what was going to happen at the march.

Keeling: I think the March on Washington was great because it brought so many people together. The speeches were powerful and made you feel so good. We all were so motivated and just wanted to stick together to fight the wrongs against us.

50BOLD: Shelley, you got your Mom into running because you are a runner yourself.

Shelley: I called her one day and said I want you to come with me. Mom thought I meant for her to come and watch me run. Well, she put on a pair of sneakers and we began to run. On the night of her first run, Mom said she had the best night’s sleep ever. When you’re running, you can release so much, even if it’s just for an hour. Running brings on a kind of calm, it is really a time to commune with God.

50BOLD: What is your first memory of that first run?

Keeling: During my first run I felt relieved, good, and as if I had been pulled out of a dark hole.

Shelley: Mom didn’t have a framework for running. Running a 3.1 for instance, you’re going to go at a much slower pace. Mom didn’t know it was 3.1 because I didn’t tell her. She said when the race started, people took off so fast. I encouraged her to just keep on going at her own pace.

50BOLD: You are 103, so many folks are in awe of you, what is your daily regimen as far as food and exercise?

Keeling:  ‘Do what you need to do and not what you want to do’ are words I live by. You must eat for healthy nutrition and not for taste! Do some form of exercise every single day even if you don’t want to and even if it’s just for 15 minutes. And you must thank God daily for your blessings. 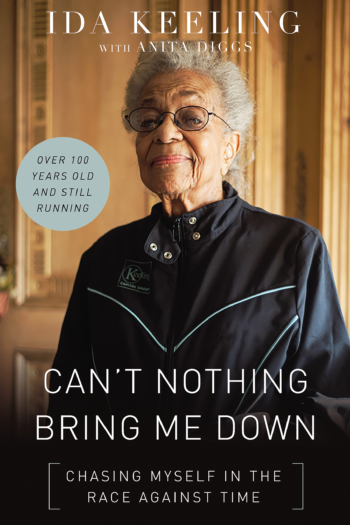 50BOLD: How would you like to be remembered? You have such a great legacy.

Keeling: I would like to be remembered as someone who stood strong. I feel good because I worked hard to get the things I really wanted and needed. I can proudly step back and say ‘Look what I have done for me!’ I loved myself enough and did the best I could with my life.

Be inspired by Ida…