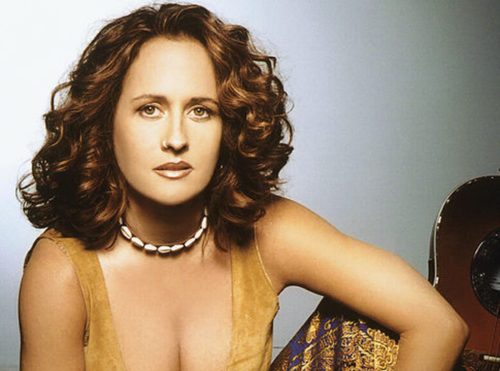 I vividly remember the first time I heard Rappers Delight by the Sugar Hill Gang, it was 1979, sophomore year at Hampton University. The album was introduced to our crew by my girl, Cookie, who hailed from Willingboro, NJ. We took turns copying the song’s rap lyrics and within days, we had it down pat and forever locked into our memories.

There was another song with rap lyrics that caught my ear from the late recording artist Teena Marie from her 1981 It must be Magic album; the song was entitled Square Biz. Teena’s verses contained Black references. It was immediately evident that this “Vanilla Child” had an appreciation for our culture, and on top of it all, the girl could saaang! As a matter of fact, Teena was the first musical artist to incorporate rhyme into an R&B song. The song’s verses are still embedded in my mind even after three decades:

I’ve been called Casper, Shorty, Lil’ Bit
And some they call me Vanilla Child
But you know that don’t mean my world to me
‘Cause baby, names can’t cramp my style
{I love chick-icken} And Buff’s collard greens
A little hot water corn bread
I love you too Cat daddy
But don’t you let that go to your head
That’s what I’m talking, baby
Square Biz, Square Biz

You know I love spirituals and rock
Sarah Vaughn, Johann Sebastian Bach
Shakespeare, Maya Angelou
And Nikki Giovanni just to name a few
Well, I’m wild and peaceful Lady T
I got to keep my irons in the fire, you see
I got the point, the scam, the low, the deal
What you feel, say what

The soulful songtress Teena Marie was born Mary Christine Brockert in Mission Hills, California on March 5, 1956. She was of Portuguese, Italian, and Irish decent. At an early age her singing ability was so apparent that her parents began sending her on musical auditions. By the time the 70’s rolled around, Teena’s family made a move to Venice, California. The mainly African-American community was nicknamed “Venice Harlem.” It was in this environment that Teena discovered her affinity for spirituals and R&B music.

In 1976, Teena landed a job at Motown Records, it was here that she met her eventual lover and musical collaborator, Rick James. The Motown head at the time was Berry Gordy, Jr. and when he heard Teena’s soulful voice, he immediately snatched her up. Teena’s first album with the label entitled, Wild & Peaceful and was released in 1979 and written/produced by James. The album, however, did not include an image of Teena because the record company wanted to ensure that her music would be played by Black radio stations; it was a carefully calculated move. Listening to the soul-stirring sound of Teena’s voice, who would question her ethnicity? The album produced her first hit, I’m a Sucker for your Love, a duet with James.

Teena, whose nickname was Lady T, was actually the very first white recording artist to perform on the legendary music dance TV program, Soul Train. The world was finally introduced to the petite, and Caucasian, Teena, as she performed her hit single with James on a popular Black show. There was no backlash from the Black community, Teena and her soulful sound was warmly embraced; we loved her. Teena’s voice was heard everywhere throughout Black communities in the U.S., her recordings even became staples at Black social gatherings.

Lady T, Teena’s second album was released in 1980 and produced by Richard Rudolph, who was married to songbird songstress extraordinaire, Minnie Riperton. She was also the godmother to Minnie’s daughter actress Maya Rudolph. The album contained the hit dance classic, Behind the Groove, it was also her only top 20 hit in the United Kingdom.

The year 1980 was certainly a busy year for Teena, she also released her 3rd album a definite favorite, Irons in the Fire which she produced, and wrote tracks for the album as well. During the same year she sang a duet on James’ album, Street Songs. The duo created magic with the searingly hot, baby-making cut, Fire and Desire, a song that became their trademark.

Teena and her “Super Freak” boyfriend Rick had a tumultuous relationship. They were even engaged at one point for a whole two-week period! Reports of infidelity, excessive drug use and constant break-ups-to-make-ups finally resulted in a parting of the ways. In 2004, however, the couple reunited musically for a tour and performance on the BET Awards which earned them a standing ovation. Sadly, James passed away two months later from pulmonary and cardiac failure.

After a successful career at Motown, it all suddenly came to an ugly end. After leaving Motown Records, the label sued Teena and she responded in a countersuit which resulted in the  “Brockert Initiative” which was named for the singer whose real name was Mary Christine Brockert. The initiative clarified a California law which made it impossible for record labels to keep a performer under contract without paying them royalties.

After her battle with Motown she moved to Epic Records where she recorded from 1983-1990. While at Epic, Teena released her biggest selling album Starchild that included the 1984 classic, Lovergirl.

During the 90’s Teena was unable to secure a record deal largely due to the changing musical climate. She gave birth to a daughter, Alia Rose on Christmas Day in 1991 and stayed home to raise her. There was speculation that James had fathered the child but eventually the rumors died down when it was revealed that her dad is a Black postal worker. Teena, who had never married, would forever be linked to James. 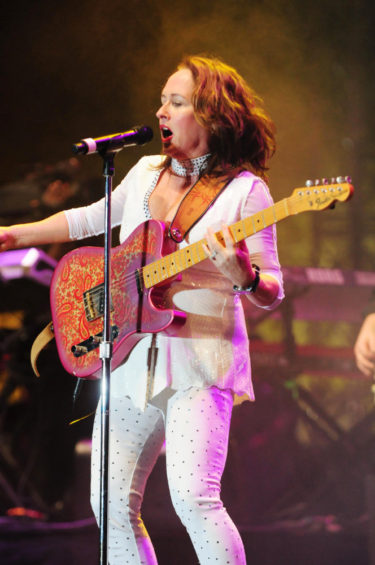 During the 2000’s, Teena was able to support her daughter by signing with Ca$h Money Records. In 2004 she released La Dona which became a success on the charts. She left Ca$h Money and continued to perform at venues around the country doing one-woman shows.

On December 26th 2010, Teena was found unresponsive in her home by her daughter Alia Rose she was only 54-years-young. After the artist’s death, it was later released to the public in 2004, she was struck on the head by a large picture frame while sleeping in a hotel room. The accident caused her to have periodic seizures for the rest of her life. The coroner concluded, however, that Teena died of natural causes.

The petite Vanilla Child who was also known as the “Ivory Queen of Soul” had one of the most soulful voices I’ve ever heard from a white female singer. I still find myself often playing her song Irons in the Fire. Teena’s voice just transcends me as I sit and listen for hours to a voice that was just sheer perfection. She certainly had a voice that could not be duplicated.

We still love you Lady T…