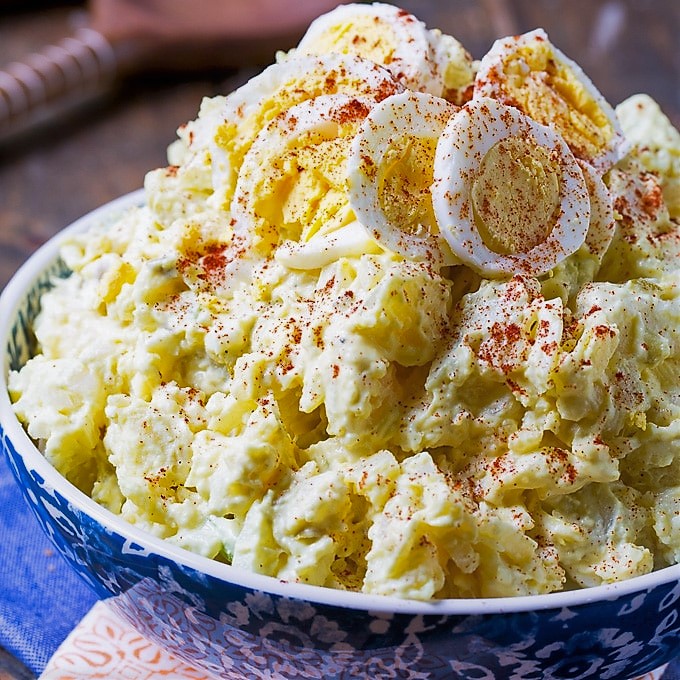 Summer is here and so are the much-anticipated cookouts, picnics, and backyard BBQ’s. Actually, potato salad is a gathering staple for any occasion, especially in the Black community. The cornerstone item on a soul food plate just wonderfully completes our holy food trinity of mac and cheese, yams and of course… potato salad. The cultural dish is usually the first to go at get-togethers and there are rarely any leftovers.

Even though potato salad is a beloved food in our community, many of us, however, don’t have a clue as to its origins. It was first introduced to Europe from the New World by 16th-century Spanish explorers. The earlier versions of the salad involved boiling the potatoes in wine or in a mixture of vinegar and spices. The American version of the salad got its roots in Germany and then came here with the European settlers.

If you love potato salad as much as we do here at 50BOLD, check out this recipe that will make folks say…”You put your foot in it, have mercy!”

Place the potatoes and about 2 tablespoons of Kosher salt in a large stockpot and cover with water. Bring to a boil over medium-high heat and cook until the potatoes are tender but not mushy. Drain and let cool slightly.

Cut the potatoes into quarters and put them in an extra-large bowl. Sprinkle with the cayenne pepper, salt, and black pepper; toss gently until evenly coated. Mix in the hard-boiled eggs.

In a separate bowl, stir together the mayonnaise, red onions, peppers, scallions, celery, mustard, and relish. Mix the dressing into the potato and egg mixture. Sprinkle a little paprika for color on top. Serve chilled or at room temperature.