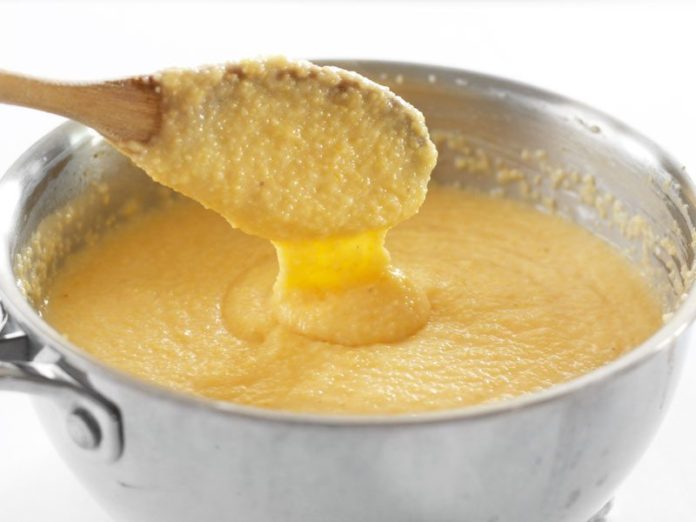 Folks, particularly in the South have had a love affair with grits for eons, as a matter of fact, they are practically weaned on the food item. A comfort food staple in the Southern diet, grits have, over the years, moved from the breakfast table to a dish that is enjoyed any time of the day. Of the more than 150 million pounds of grits produced each year, more than two-thirds are consumed in the South. Grits are usually not eaten plain and typically flavored with such things as butter, salt, sugar, cheese, or gravy.  Grits are traditionally served for breakfast, along with side items like ham, sausage, bacon or eggs but, they can also take the place of any traditional side dish at dinnertime.

Native Americans in the 16th century first introduced grits to the English settlers who arrived in the New World. After the Civil War, grits were one of the few foods that were available to feed those who were starving due to the food shortage in the South. During the Great Depression, the low price and nutritional value of grits helped many Southerners survive the leanest of times.

In 1976 South Carolina declared grits the official state food declaring that grits are a “symbol of its diet, its customs, its humor and its hospitality.”

Grits are made from dry, mature corn kernels that are ground into smaller coarse bits. They are very similar to Italian polenta, but the two are typically made from very different types of corn and the fineness of the grind is also different. Polenta is more coarse. The word may have come from either the German word grütze or the Italian word gruzzi, both of which mean “crushed or coarsely ground corn.”

There are a few varieties of grits and all are enjoyed today:

Stone-Ground Grits–aren’t always easy to find, especially outside of the South, but they seem to be making a comeback. They are pretty much made the way grits were made in the nineteenth century.

Hominy Grits–the hull and germ have been removed

Quick Grits–are ground fine. Regular grits have a medium grind. They are both processed to cook quickly and last longer on store shelves.

Instant Grits–have been precooked and dehydrated. It is often said that no self-respecting Southerner would eat instant grits. 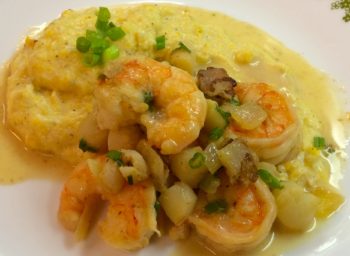 Here is a yummy recipe for creamy grits that you can try serving at dinnertime. Instead of rice or potatoes as a side dish, consider pairing grits with shrimps, fried fish, poultry or even pork!

Bring the broth and salt in a saucepan up to a boil. Add the grits all at once and using a whisk, stir in and cook 5 minutes on medium-high heat. Be careful because the mixture will start to bubble a bit, so keep stirring it to avoid the big bubble-ups. Cover with lid and reduce heat to very low. Cook another 15 minutes stirring occasionally. Again, be careful every time you open that lid because the grits will bubble up on you! Keep stirring with the whisk occasionally to help the grits get creamy and to avoid sticking to the bottom of the pan. After about 15-20 minutes the grits should be thickened considerably. Cut off the heat and add the cheese all at once, whisking in to help the cheese melt. (If grits become too stiff, add a little more chicken broth)